Full list of winners, plus who made the best Austin film? 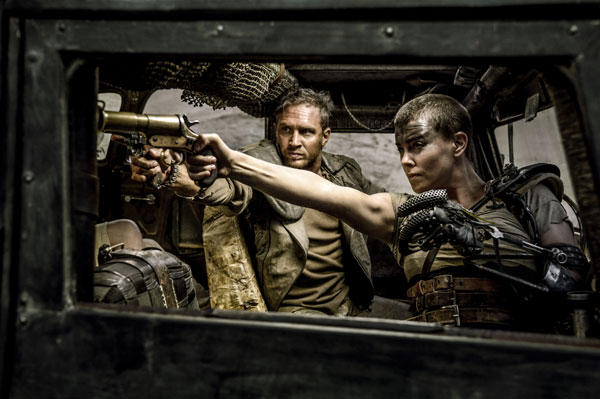 What a day, what a lovely, lovely day for director George Miller. The Austin Film Critics Association has selected his return to the postapocalyptic Outback, Mad Max: Fury Road, as the best film of 2015, and named Miller the best director.

Miller's tale of a fire-throwing, truck-wrecking race across the desert was the top film, but this wasn't a year in which there was a clear winner dominating all categories. In total, Fury Road took two awards; abduction drama Room slightly bested that with three awards.

In a similar sign of the strength of performances this year, no single film swept the board in the all-important acting categories. Crunching the numbers shows that relative newcomer Alicia Vikander took the best supporting actress prize for sci-fi thriller Ex Machina, while Sylvester Stallone's return to ringside for Creed scored him a judges' decision for best supporting actor. As for the lead awards, Michael Fassbender's eerie re-creation of the Apple founder for Steve Jobs was market leader for best actor. He's joined by Room's Brie Larson for her depiction of a mother's determination.

As for Room itself, it took one of three special awards this year, as young star Jacob Tremblay won the Robert R. “Bobby” McCurdy Memorial Breakthrough Artist Award. Named in honor of late AFCA co-founder Bobby McCurdy, the award is intended to celebrate the arrival of a remarkable new talent. Arguably the same can be said with the selection of Kumiko, the Treasure Hunter to receive the Austin Film Award. Recognizing works by directors resident in Austin during production, the prize goes to hometown talent David Zellner for arguably his most accomplished work to date.

Finally, rounding out the list of special honors, the AFCA singled out Austin animator Don Hertzfeldt for his short film "World of Tomorrow," already a Grand Jury Prize winner at the Sundance and SXSW Film Festivals.

Now here's the full list of winners. Congratulations to all.

Special Honorary Award: Austin-based writer/animator Don Hertzfeldt in celebration of a career of remarkable short filmmaking and contributions to animation spanning two decades, with 2015's award-winning "World of Tomorrow" being recognized as his best work to date 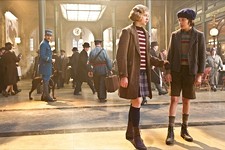