Other Worlds Austin Proclaims No Men Beyond This Point

Sci-fi fest adds battle of the sexes mockumentary as centerpiece

It's less than a month before the second year of sci-fi film festival Other Worlds Austin, and the last four films, including centerpiece satire No Men Beyond This Point, have just been added to the lineup. 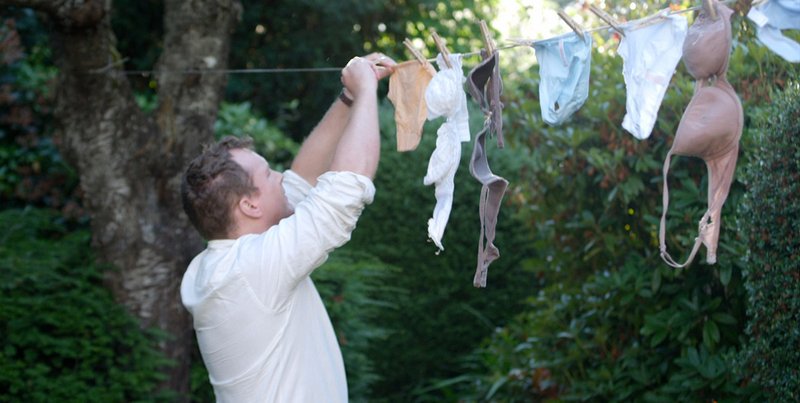 The festival (running Dec. 3-5) has already scheduled German dystopian YA adaptation Boy 7 as its opening night film, plus a slate of seven more features and three shorts packages. Now the Canadian satire, positing a world where men are on the verge of being an extinct part of the species, will be the tentpole title for the middle of the three-day fest.

The feature debuted at the Toronto International Film Festival, and early word is that it's quite happy to make audiences uncomfortable in all the right ways. Festival founder Bears Fonte explained, “This is a challenging work, full of thought, and unafraid to be a little politically incorrect. I know the OWA audience is going to enjoy this alternate history lesson.”

Here's the full list of additions to the schedule:

No Men Beyond This Point
D: Mark Sawyers
Texas Premiere, Canada, 80 min.
An alternate history deadpan mockumentary following 37 year-old Andrew Myers, the youngest man still alive. With women able to reproduce without men since 1953, they’ve stopped giving birth to male babies entirely. Working as a housekeeper for a family of women, Andrew finds himself at the center of a battle to prevent men from going extinct. Men have gathered onto reservations and the idea of a romantic relationship with one would be laughable. This brilliant, politically-charged film, that just made its North American premiere at TIFF, asks 'What would the world be like if women were in charge?'

Curtain
D: Jaron Henrie-McCrea
Texas Premiere, USA, 73 min.
Danni leaves nursing for a simpler life. But when her shower curtain keeps disappearing through a mysterious portal in her bathroom, she cannot let the investigation go. Enlisting the help of her save-the-whales co-worker, she dives into the unknown in an unsettling horror comedy that will flush the sci-fi fan out with equal parts laughter and screams.

Other Halves
D: Matthew T. Price
Texas Premiere, USA, 87 min.
On the night before its launch, a revolutionary dating app may have a few glitches, namely causing the user to lose all self-control and become an amoral, lascivious, violent follower of their most immediate urges. The logical end product to society’s will to leave more and more decisions to technology, and to predictive logarithms that know us better than we know ourselves, Other Halves would like to introduce you to the future of finding yourself. Hope you like what you see!

Projet-M (Project M)
D: Eric Piccoli
Austin Premiere, Canada, 98 min.
Orbiting the Earth aboard a space station for 1,000 days to prepare for a mission to Jupiter’s moon Europa, four astronauts face unforeseen crises when a war breaks out on Earth below. Arguing whether to break off their mission, or what to do about the loss of communication from headquarters, or what to do about the other satellites orbiting the Earth, the team finds themselves more alone than they could have prepared for.

Other Worlds Austin, Bear Fonté, Science fiction, No Men Beyond This Point