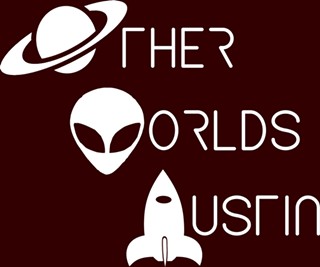 Other Worlds Austin was founded last year as a celebration of science-fiction cinema. As the festival announces its first film for its 2015 incarnation, running Dec. 3-5, it's also placing a new emphasis on female creatives in the genre, with the establishment of the Mary Shelley Award.

Named after the author of Frankenstein, the winner of the $500 Mary Shelley Award will be given to a festival title that highlights women in the industry. Sadly, they are as under-represented as creators of genre films as they are everywhere else in the movie industry. Selected by a jury consisting of Chronicle senior editor Marjorie Baumgarten, Atlanta Film Festival creative director Kristy Breneman, and Gamechanger Films president Mynette Louie, the winner must either be written or directed by a woman, or represent female performers as strong, leading protagonists. Announcing the award, Ilona Rossman Ho of sponsors Canine Productions said, “We hope this award inspires women to continue to create worlds, imagine characters, and share their vision. I want my children to see strong female protagonists as the norm not the exception.”

OWA has always placed an emphasis on creating an equitable space for female creatives. There is a straight split between men and women on the programming team, while three screenings in the festival's year-round calendar (The Quiet Hour, Dark Mountain, and The Midnight Swim) were the work of female directors. Last year's opening night film The Well (later renamed The Last Survivors) put rising actress Haley Lu Richardson front and center. Festival founder Bears Fonte said, "No one will argue when I remind them that Sarah Connor is infinitely more interesting than Luke Skywalker as a character. She kicks ass and still manages to be a mother and a lover."

The winner will be announced on the closing night, at the far end of the festival from the newly announced opening night film, Boy 7. Based on the Dutch young-adult novel by Mirjam Mous, this German adaptation by director Özgür Yildirim tracks David Kross (The Reader, War Horse) as an amnesiac in a dystopian near-future whose only survival guide is a journal he doesn't remember writing. Fonte said he fell in love with the film when he saw it earlier this year at Fantasia in Toronto. He added, "It’s an adrenaline ride from start to finish, sort of like a sci-fi Run Lola Run. The style, the pacing, the emotional chemistry between the leads, they feel visceral and grounded despite being in a very slick, authoritarian world."