Unconventional horror for the haunting time

Everyone has their favorite Halloween movie. Personally, it's the rock 'em, shock 'em glory of Trick 'r Treat, its bag-headed, candy-crunching icon Sam a virtual saint in my household. But sometimes, you may want a change, or at least some counterprogramming, from your seasonal must-see. 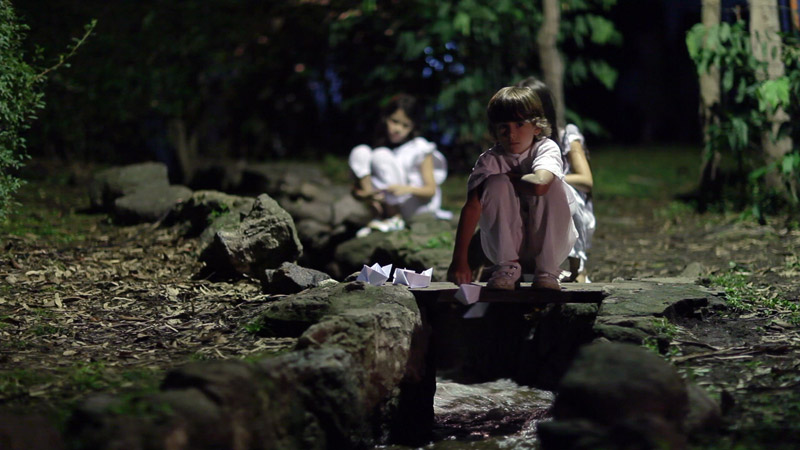 The hazy, lazy, eternal days of summer: Children of the Night finds vampires in playful mood.

So if you've worn out your copy of Let the Right One In, try … Children of the Night.

Adult vampires in the form of children are hardly a new idea. Before the 2008 Swedish classic, there was aging drummer boy Homer in Near Dark, and Anne Rice's Claudia, an adult bloodsucker forever trapped in the body of prepubescent girl. But they were all exceptions, cruelly isolated from even their peers. In Children of the Night, they are the rule.

Alicia (Sabrina Ramos) is exposed to a world of mini-impalers when she is invited to an orphanage called Limbo. Former nun Erda (Ana María Giunta) explains that all her wards are children abandoned because of a strange sensitivity to sunlight, which should be her first clue that something's wrong. However, as a journalist who specializes in the stories of missing kids, she's still intrigued. When one of Limbo's residents, who shouldn't be out of grade school, tells her he's 33, and knows creepily accurate details about her family life, it's a sign things might be amiss. However, they invited her for a reason, and it's not to turn her into lunch.

Director Iván Noel is oddly missing from the roster of international directors assured an American release. Six films into his career, his curious blending of drama and uncanny elements would seem like a natural fit, akin to (but more optimistic than) Alex van Warmerdam (Borgman). He delved into horror with 2013's Vuelve, and with Limbo (to use its original Argentinian title) and this year's They Returned, it marks an interesting twist in his career.

It's undoubtedly a twist of note. He finds children of suitable maturity for the vampire orphanage and draws surprisingly nuanced performances from each of them, never relying on any one too much for the drama. No surprise for a former teacher that spent 20 years in classrooms. His tone here is of quizzical comedy, rather than existential angst. He isn't afraid to get bloody, either, with a side-plot about an ongoing war between local vampire hunters and Dracula's grandson. But he's mostly playful. After all, his vampires are not adults in children's bodies. They're very old children. Imagine being stuck in your acne phase for eternity, or never going through puberty: That's who they are, in all their chuckling glee. 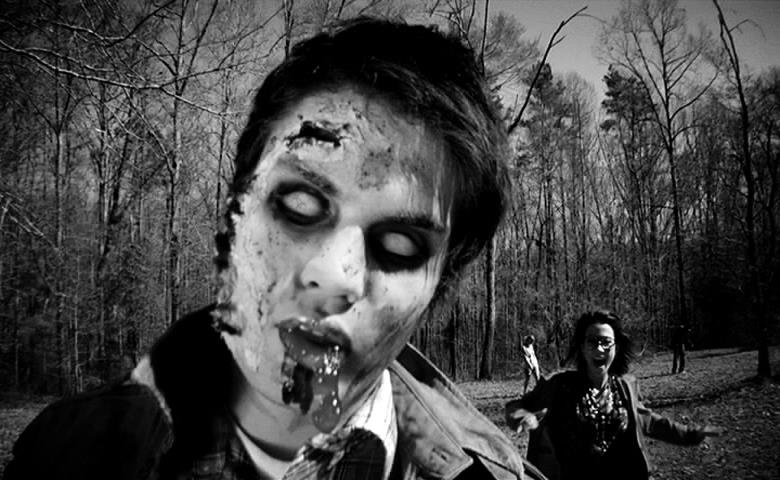 Dead, but definitely not forgotten: Zombies become a part of life in A Plague so Pleasant.

If you're looking for something new in zombies, try … A Plague so Pleasant

Why did people love films like The Monster Squad and The Lost Boys so much? It wasn't just the Eighties hair or the synth-pop soundtracks. It's because they understood that, whatever kind of supernatural shit hits the fan, everyone who has watched a few horror films will automatically reach for the garlic and the crosses and the silver bullets. The one genre that has violated that wisdom, historically, has been the zombie movie. Protagonists often seem to be experimenting every time, as if they live in a world where there isn't a uncopyrighted DVD of Night of the Living Dead in every "50 greatest schlock hits" collection.

In A Plague so Pleasant, writer/director Benjamin Roberds and co-director Jordan Reyes posit a world in which people don't simply understand the rules of how zombies operate, but have gotten used to them. "I liked it better when you could shoot them in the head," bemoans dull, lifeless worker drone Clay (David Chandler), as this new status quo starts to grate on him. It seems the zombie apocalypse was a silly mistake and a detente of sorts has been called. Zombies are protected by federal law, and about as big a nuisance of a cow in the road, especially since the moment some bright spark realized they prefer oats to cerebral cortex.

The end result is a studiously strange experiment in low-budget weirdness, reminiscent most strongly of Cory McAbee's 2001 barns-in-space oddity The American Astronaut. Part of that similarity comes from their decision to shoot the opening sequence in black and white. That's also a clear nod to George A. Romero's zombie original: But when Clay unilaterally decides to break the "we don't eat your brains, you don't shoot us in the head" truce (for the noblest of reasons), it flares into The Walking Dead color. It's not just a pastiche of different forms of the revenant genre, but a nod to the fact that, for the first time since zombies became an annoying curiosity, Clay actually feels a little bit alive.

This is the low end of low-budget filmmaking, with few resources, and a lot of homemade effects (most of which work better in grainy monotone). But there's a certain ingenuity to it. If there's a problem, it's that it's so short (only 76 minutes), and there's far more potential in the bland world of no brain-destruction. The sub-plot of Clay's sister Mia (Eva Boehnke) refusing to break up with her boyfriend, just because he's technically a corpse, begs to be extended, but instead gets lost in the run-and-gun action.

Yet, if anything, A Plague so Pleasant proves there's still some life in the zombie trope. File it happily along subversive takes on the genre like Maggie, Thanatomorphose, and Dead Weight. 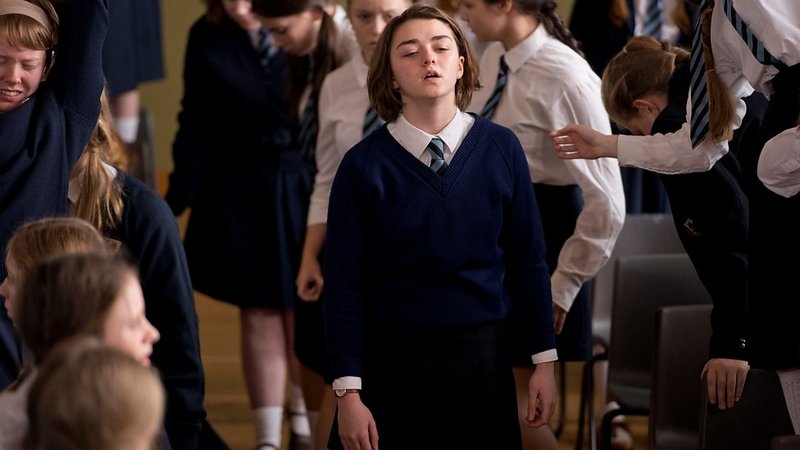 Part If ..., part The Devils: Maisie Williams in The Falling (Image courtesy of BBC Films)

Finally, if you're looking for something only vaguely horror try … The Falling.

Surly Lydia (Maisie Williams, Game of Thrones) and diffident, studiously dissident Abbie (Florence Pugh) are best friends in an all-girls school in 1969 London. They are bonded as outsiders, but it seems there is something otherworldly connecting them. Or they could just be a pair of teenagers who want to see something magical in their mundane existence.

Director Carol Morley dealt with alienation in her SXSW 2012 documentary Dreams of a Life, chronicling the solitary life and unseen death of a single woman in London. Here she creates a cult around Lydia, whose ability to manipulate her fellow students and family members in their hour of grief seems strangely malevolent.

Shades of Heavenly Creatures and Picnic at Hanging Rock, and the religious hysteria of The Devils, inevitably hang over its sense of dark mystery. But with the issues of pregnancy and abortion in the Sixties, there's also the comparisons to one of the era's greatest works of social realism, Ken Loach's Cathy Come Home. The fainting fits that engulf the school become a mixture of rapturous stupor and the 2014 mass collapsing epidemic in northern Colombia, as the girls embrace but misinterpret their sexual awakenings.

There are also undoubted nods to the surrealist psychosexuality of giallo. Morley injects a Bava-esque visual flair, unsubtly splatters trails of crimson across the grays and greens of a perpetually muddy English autumn: in an egg, a nosebleed, a bowl of hair dye purposefully dropped by Lydia and intended to antagonize her mother Eileen (Maxine Peake, Red Riding, the original Shameless).

However, it never overcomes its intended-for-television roots. Visual flourishes of subliminal images are meant to evoke a sense of seizure, but it felt more like frustration, and there will be undoubted discomfort for some viewers at the eroticized and mystical presentation of teen sexuality. However, it's real purpose is the ambiguity of personal experience, with Lydia talking obliquely about how, no matter what, it's real to her. This is schoolgirl as shaman, crushes as religious ecstasy.

The Falling (Cinedigm/BBC Films), A Plague So Pleasant (Wild Eye) and Children of the Night(Artsploitation) are available now.

DVD Watch, DVDanger, The Falling, A Plague So Pleasant, Children of the Night