A thoughtful comedy about a young boy genius

Jeremias is only 8 years old, but in his short time on Earth he has done a thorough job of becoming an outsider. Bored with school, pushed around by classmates, and lost in the shuffle at home, this sweet and precocious kid just can’t win. 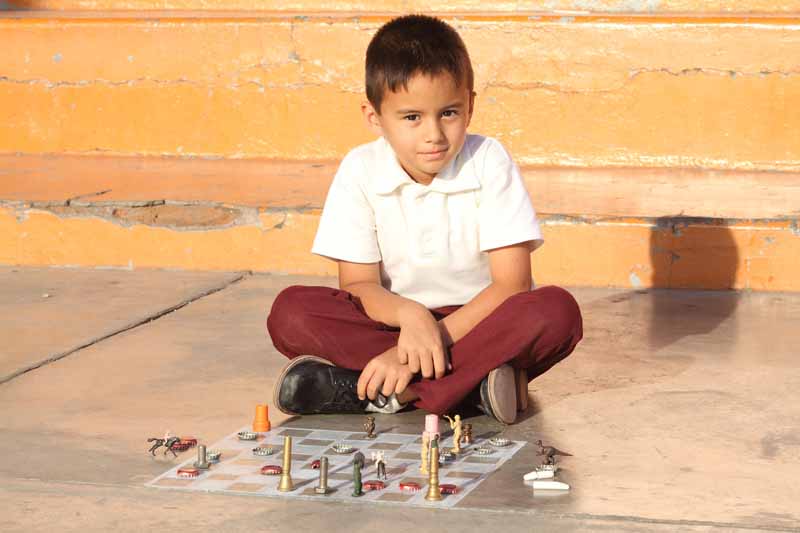 Being smart is more of a challenge than an asset for him, but after his grandfatherly chess buddy encourages Jeremias’ parents to have their son take an IQ test, it’s officially proven he is well above average and Jeremias starts to receive some of the understanding and attention he’s been craving.

At first his “genius” status seems like a good thing. It snags him a new computer and a little bit of puzzled respect, but soon he’s once again the victim of teasing and misunderstandings. Now everyone wants something from Jeremias and his brain, and before long, he begins to be exploited by friends, family, and even strangers.

Directed by Anwar Safa and written by Ana Sofia Clerici, El Jeremiasis is propelled by a playful aesthetic but also presents several serious themes and topics. Set in Sonora, Mexico, factors like poverty, drugs, under-equipped schools and scant job opportunities are woven into the narrative, but the film remains in the realm of thoughtful comedy.

Martin Castro plays the title role, and his stubborn ways and wide-eyed innocence are key in allowing the filmmakers to approach sensitive subjects in a light-hearted way. Despite alluding to life’s many burdens, no one is ever truly in danger and this is ultimately an optimistic film.

Within this relatively safe world the filmmakers have built for him, Jeremias’ biggest problem is deciding what he wants to do with his intellectual gifts - should he be like Albert Einstein or Marie Curie? Jim Morrison or Bobby Fischer? Will it even be possible to follow his own path, or will his family’s needs and wants force him to take a different direction?

Either way, Jeremias is going to be just fine.

El Jeremias screens again on Monday, Nov. 2, 9:15pm, at the Texas Spirit Theater. See www.austinfilmfestival.com for info and tickets, and follow all of our AFF coverage here.