Where else could Big Bird rub feathers with The Crow?

If it's Halloween in Austin, it must be Wizard World, the travelling circus of comics, pop culture, and fandom. But aside from the wallet-emptying trade show floor, and the dozens of artists all taking commissions, there's some weird and wonderful programming to enjoy. Here's 13 of the most deranged, charming, and suitably seasonally spooky. 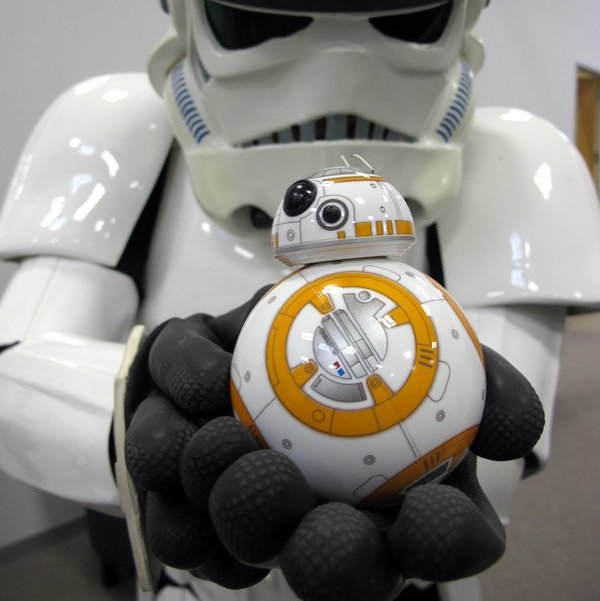 The fandom is strong with Wizard World (Photo by Richard Whittaker)

• The Town of Halloween: It's hard to believe that The Nightmare Before Christmas was a massive flop when it first opened. Time for a mini reunion and a look back at what has become a cultural touchstone with two of the voice talents: actor Chris Sarandon (Jack Skellington) and Broadway legend Ken Page (Oogie Boogie). (Friday, 5pm, Ballroom F).

• Big Bird: Insane as it may be to believe, there's been one man under the yellow feathers for the last 46 years, and he's also Oscar the Grouch. Before Muppeteer Caroll Spinney returns with a special screening of documentary I Am Big Bird at the Long Center on Jan. 30, here's a chance to hear the groundbreaking puppeteer talk in his own voice. (Saturday, 4pm, Ballroom F)

• The Crow: Irascible, honest, brilliant: James O'Barr redefined indie, goth, and horror comics with his seminal 1989 series about love, loss, and revenge. Expect him to be savagely open in his dissection of every movie adaptation since the 1994 cult favorite (Saturday 6:30pm, Ballroom E).

• Diversity: From the fight against Gamergate to convention anti-harassment policies, the fight to make fandom reflect the whole gorgeous, glorious panoply of its members has rarely been more pressing. Shane Brown of Hay Austin Geeks will head up the "Diversity in Geek Culture" panel (Friday, 3pm, Ballroom F), then run across the hallway for "Queers and Capes: LGBT in the Superhero Genre" (Friday, 4.30pm, Ballroom E), before the second day's discussion of the changing representation of women in literature and comics as part of "Body Image in Cosplay" (Saturday, 4pm, Room 12).

• Spooky Stories: It's not Halloween without a good tale of hauntings and eerie goings-on. Begin with some local flavor as Austin Ghost Tours investigator Monica Ballard leads a spirited discussion in "Ghosts Among Us" (Saturday, 12:30pm, Ballroom G), before the Internet brings its own bloodcurdling narratives, courtesy of creepypasta storytellers MissShadowLovely and CreepyPastaJr (Saturday, 2:30pm Ballroom G).

• Cool Freaking Cars: What's a great genre film without a great way to get around. That's why there'll be a parking lot of the most pimped-out transportation, including a street-legal DeLorean time machine, the 1966 Batmobile, a Chevvy Impala (Supernatural-style), and a vintage X-34 Landspeeder. Yeah, so they're not as cool since the XP-38 hit the market, but there's sentimental attachment (main hall, both days).

• Adam Sessler: Who, you may ask? Only the greatest, funniest, most wonderfully opinionated game critic the industry ever saw. The fuming host for years of X-Play and Sessler's Soap Box, and former editor-in-chief of Revision3, he is what Bryan Alvarez is to wrestling commentary, and Joel McHale is to basic cable. This Saturday, he'll be part of a panel about the upcoming Friday the 13th game, currently in full-on Kickstarter mode (Saturday, 2pm, Ballroom F).

• Mike Tyson: The former undisputed world heavyweight boxing champion may also be the most controversial guest the event has ever had, after his 1992 rape conviction. But his openness about his bipolar disorder, the devastating results of his fight-related concussions, and his sports legacy, make his appearance a hot ticket item for a lot of first time attendees (Saturday, noon, Ballroom F).

• Ricky Williams and Earl Campbell: Two of the most famous Longhorns of all time, and both Heisman winners: Williams is an NCAA career rushing record setter and ex-Miami Dolphin Campbell is a former Houston Oiler, six time Sports Illustrated cover star, and rookie of the year (Saturday, 12:30-2:30pm only, main hall).

• Drinking with Groovy Bruce: Warm up for the Starz Ash vs. Evil Dead series watch party at the Jackalope (Saturday, 8pm, 404 E. Sixth) with Bruce Campbell's infamous "Bruce Campbell Versus the Audience" (part Q&A, part free-form improv, part roast of Austin by the horror legend). And this time he's bringing his brother from another mother Ted Raimi with him (Saturday, 4.30pm, Ballroom D).

• Costumes! It's Halloween and a genre convention, so expect every cosplayer to bring their A-game. There'll still be some time to get some last-minute fabrication tips with a Cosplay Q&A with specual guests Spencer Doe, Lyndsey Elaine, and Amouranth. before the kid's costume contest (Saturday, 11:30am, Ballroom G) and the big costume contest (Saturday, 7pm, Ballroom D).