The Mr. Robot crew are back

While SXSW may be far off on the horizon, the dispatches have begun to come in, so let's get to it. 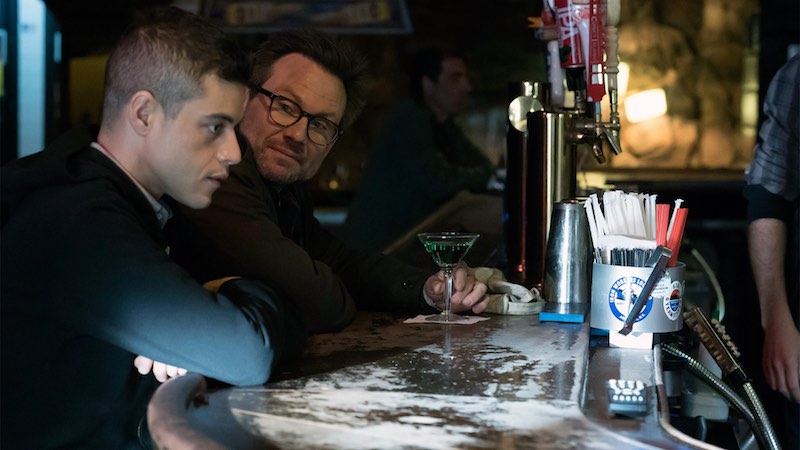 SXSW Film has confirmed its first round of panels and featured sessions for next year's Fest. Highlights include the return of the creator of this summer's breakout hit, Mr. Robot, Sam Esmail, who, with stars Rami Malek and Christian Slater, will take part in the panel “Coding on Camera: Mr. Robot & Authenticity on TV.” The show was lauded for, among other things, its realistic depiction of computer hacking, unlike the majority of TV shows out there (I'm looking at you, CSI: Cyber). Esmail and co. premiered the pilot at last year's Fest, where it took home the Audience Award in the Best Episodic category.

Also announced were a couple of Featured Sessions: Jake Gyllenhaal (recently seen in Southpaw and Everest) and independent film producer Sarah Green, best known for her work with Terrence Malick, Julie Taymor, and John Sayles. Green currently wrapped up working on Jeff Nichols' follow-up to Mud, Midnight Special. Both will take part in the Fest's Conversation series. A quick perusal of the panels this year sees Scandal's Kerry Washington discussing the new rules of social stardom, and Austin-based stand-up comedian and web celeb Zach Anner presenting “The Art of Starting From Nothing.” Anner became an Internet phenomenon a few years back when he won a contest put on by the Oprah Winfrey Network to host his own show. To catch you up, check out our profile, “Have Wheels, Will Travel.”

The press release teases more announcement in the coming months, including keynote speakers and the film lineup, but for now, here's the first wave of panels:

INFLUENCERS
Inspiration from thought leaders, experts, and innovators including Keynotes and conversations.

The Art of Starting From Nothing
(Organized by: Zach Anner / Zach Anner Productions)

A Conversation with Jake Gyllenhaal

A Conversation with Sarah Green

CREATING YOUR CONTENT
Learn everything you need to know about developing and crafting your project.

Documentary to DocuSeries and Beyond
(Organized by: Elsa Ramo / Ramo Law)

How To Make (The Most Of) Your Music Budget
(Organized by: Amanda Thomas / Neophonic Music & Media)

The Making Of: How to Create iTunes Extras
(Organized by: Brian Ellis / Apple)

FINDING YOUR AUDIENCE
Essential tools of the trade for distribution, marketing, sales, and more.

How Crowdfunding Can Screw Your Distribution Plan
(Organized by: Missy Laney / Sundance Institute)

WHAT'S NEXT
Explore how filmmaking is evolving to embrace new forms and technologies.

Through Our Eyes: Female Filmmakers Tell All
(Organized by: Catherine Eaton / Corsetless Productions)

Film Music & TV Music: Who Gets Paid, Why and How?
(Organized by: Scott McKinlay / Film Musicians Secondary Markets Fund).

How A Viral Video Led to an Experiential Empire
(Organized by: Maria Gonima / Rooster Teeth Productions)

What I Learned from Publishing a Book on Instagram
(Organized by: Mesa Dobek / RPA)

VR/AR
Discover how Virtual Reality and Augmented Reality will change the future.

Virtual Reality and the Rebirth of the Music Video
(Organized by: Randi Brant / Future Colossal)