DVDanger: We Are Still Here

A more mature take on horror 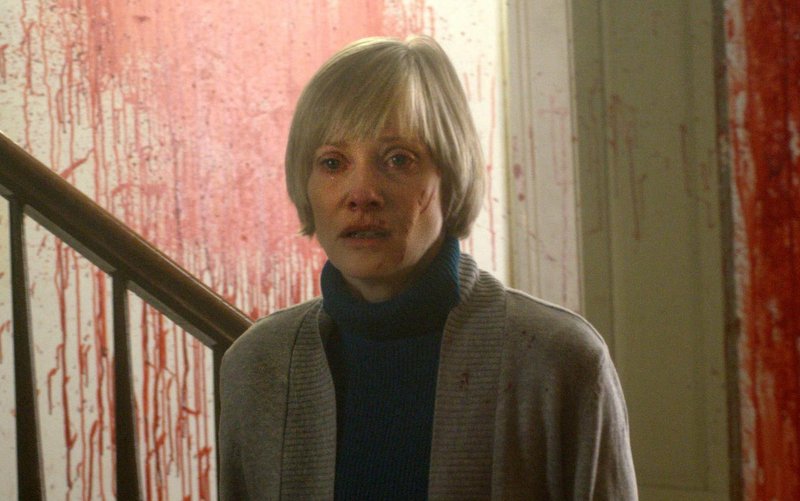 The horror of loss: Barbara Crampton in We Are Still Here. (Image courtesy of Dark Sky Films)

The underlying myth of Halloween is that it is the time when the space between worlds is bridged, and the supernatural can walk among us. Grisly ghost story We Are Still Here develops its terrors by having the other side be constantly close at hand.

Ted Geoghegan's feature debut as a director is a tribute to horror icons with years of experience. That was the worst by-product of the Eighties slasher, that the protagonists had to be young, dumb, and full of blood. Anyone over the age of 30 was either the sheriff, the mortician, or the crazy old coot at the end of the lane, warning those dumb kids about the legend of this haunted house/possessed cemetery/abandoned summer camp. Before that, it was OK for a legend of the scene to have a few world-weary years on them. It added to the sense of terror: Vincent Price didn't need a jump scare, and Bela Lugosi didn't rely on schlocky shocks. It was OK to have a few wrinkles, a few worry lines, an inner monologue with more depth than a Porky's outtake.

We Are Still Here only works because the cast is older, wiser, and more world-weary. It opens with a couple in mourning for their lost son. Yes, horror is filled with parents that have lost a child: but that's normally due to a playground accident, or a crash while car-pooling, or a miscarriage. Anne (horror legend Barbara Crampton) and Paul (Andrew Sensenig, Red on Yella, Kill a Fella; Upstream Color) sit in quiet contemplation as they drive to a remote farmhouse. They haven't lost an infant, but their grownup son. This is the event that defines them and will define their relationship for the rest of their lives.

That loss is carried in Anne's ghostly, pallid silence, and in Paul's furrowed brow as he tries to support his wife into an unsure future. And it's that loss that the house preys upon.

Geoghegan doesn't tease. It's clear from the opening scenes that something terrible is in the house. It starts small, but then gathers bloody momentum. And yes, it gets bloody.

The inspiration here is less the heart-attack horror of the New England Gothic legacy, and much more the supernaturally tinged gruesomeness of the Italian masters. Yet Geoghegan is not a pale Bava imitator, or a Fulci wannabe. He takes back their take on the Lovecraftian tradition of East Coast monsters, revising and renewing it. By blending the sense of measured disgust in The Beyond with the eerie claustrophobia of an American classic like 1980's The Changeling (not coincidentally, featuring a mature George C. Scott facing the unnatural). Plus, by making this a Seventies period piece, he evokes the cold, creeping dread that the era perfected.

Where Geoghegan truly excels is as a director of actors. Crampton and Sensenig have rarely been better. However, Larry Fessenden and Lisa Marie as their hippy-dippy, crystal-wearing best friends have literally never been better. This is Fessenden's biggest role since his self-directed performance in his 1997 remake of his 1982 debut Habit, and he is a much more refined actor now. As for Lisa Marie, this is the performance that transforms her from the elegant set-dressing that too many directors saw her as, into a full-blown performer. It's astounding that it took so long.

We Are Still Here (Dark Sky Films) is out now on DVD, Blu-Ray, and VOD.

Read our SXSW interview with Ted Geoghegan about We Are Still Here, (The Pitch, March 15.)

Come back every Tuesday and Saturday through October for new DVDangers with the best and worst horror releases for your Halloween viewing pleasure.