Adventure Time, Korra, and the return of He-Man One of the most eagerly awaited panels of the weekend was Mondo Talk, with co-founders Rob Jones and Mitch Puttnam, creative director Jay Shaw, and head of creative production Eric Garza giving the warts-and-all skinny on how prints get made (or, in some cases, don't). However, even though this is only year two of the festival, the new institution may have been the "choose your own adventure" portion. This was where the audience was asked to select, from rough sketches, which design they would like an artist to move ahead with for a Mondo property. It's alive! The Mondo team reveal their next big Universal Monsters release at MondoCon. (Photo by Richard Whittaker)

This time it was the work of Jonathan Burton, with three potential designs for a King Kong print, and two for Frankenstein. Democracy got messy when the audience was split between two takes on the great ape, and then it turned out the Frankenstein print was already finished and printed (fortunately, that's the one the audience wanted anyway).

No date yet on either print, but expect them to be snapped up fast.

Over the last couple of years, Mondo has expanded from prints to pressings, with a deal with Death Waltz Records seeing incredible and hard-to-find soundtracks emerging on vinyl. This weekend saw big releases and live performance launches, with a limited edition splatter-effect release of Frizzi 2 Fulci (see more about that here), a giveaway of a 7-inch from the new soundtrack to Pieces by Umberto, aka Matt Hill, and a double LP release for Darren Aronofksy's Black Swan. 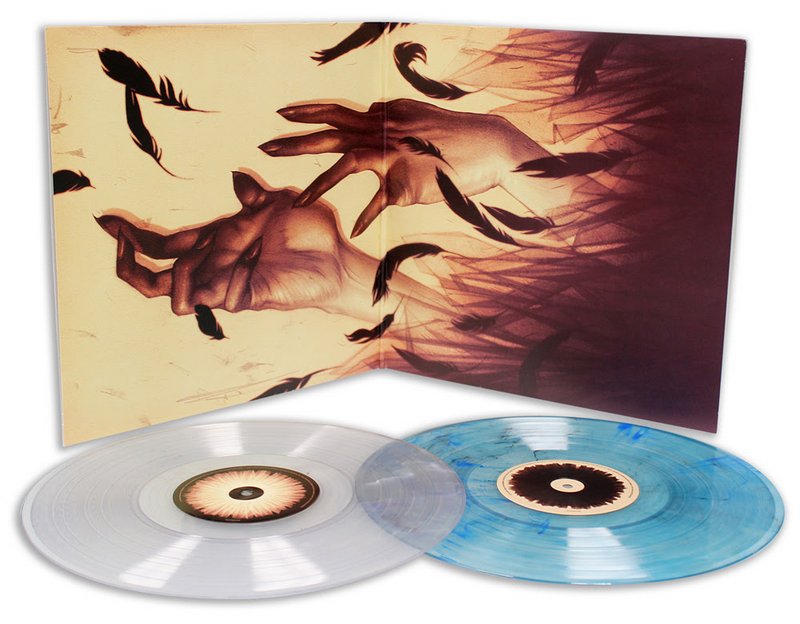 The Black Swan soundtrack by Clint Mansell, released by Mondo with artwork by Sam Wolfe Connelly. (Image courtesy of Mondo)

For music production manager Mo Shafeek, that soundtrack was a learning experience. He said, "When I saw it in the theatre, I just assumed it was the music of Swan Lake being incorporated." It was local composer Brian Satterwhite who told him "you really need to sit down and read all about it, because it's really this powerful piece of adaptive songwriting. You talk about how there's an adapted screenplay, and there's an award for taking source material and turning it into another functioning form? Well, this landmark ballet that you've known forever, [composer Clint Mansell] adapted it to a modern cinema soundtrack. All this stuff that he's doing to adjust and modify it to the things that are going on in the movie."

The big debut was the first listening for the long-awaited release of the Twin Peaks soundtrack. Shafeek said "[Dealth Waltz founder and Mondo label manager] Spencer Hickman, before he even came on with Mondo, had been teasing the fact that he had the rights, and it almost became a running joke within the company. 'When's Twin Peaks coming around, when's Twin Peaks coming around?' He used to put it on all the back covers of all his albums, 'Coming in 2014.' Then it was 'Coming in 2015.'"

Make that coming in 2016 now, but during Saturday's soundtrack panel, Shafeek and Hickman got to debut the test pressings. Shafeek said, "That was a lot of fun. Hearing people respond to the actual track play on the loudspeaker, that was really cool. People hear that first note and going, 'Oh, I know what that is!' That's fandom right there, and it speaks to how powerful a soundtrack can be." Anyone lining up for the Mondo pop-up shop got an in-person glimpse of a whole bunch of eagerly awaited exclusives, including a production sample of gigantic Iron Giant in all his spindly, grinning glory; all four of the Teenage Mutant Ninja Turtles; and Mondo's take on Madballs. All of those are up for pre-order either now or (hopefully) in the next few months, but there'll be a little longer wait for a totally unexpected addition. There, in all their unpainted glory, were 1/6th scale revamps of He-Man and Skeletor, from the classic Eighties' toy line and cartoon series He-Man and the Masters of the Universe. Mondo has the power! Initial sculpts for Mondo's revamped He-Man and the Masters of the Universe line. (Photo by Richard Whittaker)

Brock Otterbacher, creative director of toys and collectibles, called that "the big reveal," but that's not the only animated fantasy franchise to which Mondo will be giving 3-D life. Top of the list is Adventure Time, starting with a statue of Marceline floating above a base made out of her demon father's face. Otterbacher showed off a concept sketch over the weekend, which he said "incorporates a lot of fan-favorite stuff without going completely crazy." There's a lot of material for fans to love, and he praised the show for having far more depth than he ever expected when he first watched the "super goofy" pilot back in 2006. "This was so silly and fun and random, and then as it goes on you go, 'Oh, this has some rough patches in it, in the best way possible.'"

No word of an ordering or shipping date yet, but Otterbacher said he is aiming to keep the finished product around $100.

The biggest news may be the long-hoped-for arrival of one of the biggest animated TV shows of the last decade at Mondo. Otterbacher revealed a design concept for a statue for The Legend of Korra. Final approval is still pending on this, but Otterbacher was confident that fans of the show's final emotional reveal will be very happy with what he has lined up.

For fans of more traditional Mondo action fare, Otterbacher confirmed that they will be making vinyl statue versions of two Batman prints (Batman & Dracula: Red Rain by Francesco Francavilla, and Harley Quinn by Matt Taylor) and the new Devil Man print by Mike Sutfin. That 2-D to 3-D conversion process started last year with the statue of Godzilla, based on a design by Phantom City Creative, and is as much engineering design as artistic creation. Otterbacher said, "It's a fun challenge, but it's one that I enjoy doing every day." 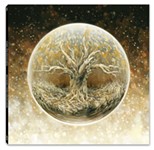