Fabio Frizzi on melody and mayhem with Lucio Fulci 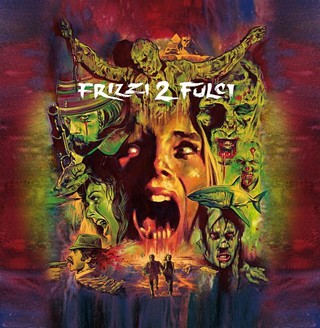 Italian composer Fabio Frizzi defines his music as having “a melodic, nostalgic approach.” Considering he’s best known for his collaborations with Italian gore auteur Lucio Fulci, that may seem strange. Even more bizarre may be that today – Friday – Frizzi and his band perform highlights of that work in a church.

The concert, a warm-up to this weekend’s MondoCon, takes place at Austin’s Central Presbyterian Church. For Mondo Creative Director Jay Shaw, it was the obvious location.

“You need to have Fabio in a church,” he chuckles

A religious space allowing the work of a transgressive horror master? Seems like a stretch. Yet Shaw praises Central Presbyterian for opening their doors.

“I thought there was no way, but once they saw the material they were so cool about it,” he says.

For Frizzi, the location makes complete sense, not least because the show’s already been performed at the legendary Union Chapel in London.

“Horror cinema, actually, covers such topics very sensitive about the human soul, ethics, religion, and the prospect of the afterlife,” emailed the composer. “Music is a big part of life, and I think that even in a sacred place, music [that is] a bit transgressive can be.”

Frizzi was arguably born into the soundtrack business. His father was a director of a film distribution company, so the soundtrack of his childhood were film scores by Italian giants like Nino Rota, Ennio Morricone, and Carlo Rustichelli. His own career flew into high gear in the Seventies under the patronage of music publisher Carlo Bixio, for whom Frizzi teamed with production coordinator (and Carlo’s brother) Franco Bixio, and arranger Vince Tempera.

“My real big apprenticeship,” writes Frizzi. “It was a magical time. The large amount of film productions allowed us to be always active.”

This period led to his meeting Fulci, and their dark conjurations on a succession of horror classics: Zombi 2, City of the Living Dead, Manhattan Baby, and The Beyond. It began in 1975 when Bixio, Frizzi, and Tempera were called to screen a rough cut of Fulci’s new Western, I Quattro Dell’Apocalisse (Four of the Apocalypse). After the screening, they met the director, who asked them to write a West Coast-flavored score.

“We worked with a lot of passion,” relates Frizzi. “The songs just came out. Lucio was very happy, and from that moment we began a real collaboration.”

Austin Chronicle: While he’s best known as a horror director, you first worked with Fulci on I Quattro Dell’Apocalisse.

Fabio Frizzi: Lucio Fulci was a very eclectic artist. Today in the world he’s adored for his fantastic horror mood, but in fact he had collaborated on many projects of various genres, from musicals to comedies, from period films to Westerns. His strong point was to characterize with his style each of these genres. The meeting was actually for Four of the Apocalypse, a Western that I always define not as a spaghetti Western, but as a Fulci Western. In fact, there are all the elements I found a few years later in his production with stronger hues.

AC: So what was your relationship with Fulci like?

FF: Lucio was a nice man, eclectic, unforeseeable. He was not very easy, but he loved to surround himself with collaborators who understood him and followed him in his ideas. The staff of many of these films is made by the same people. In the first meeting with Lucio, at the time of the trio, I was very young. My nickname [Lucio gave all his collaborators a nickname] was “The Boy.” Then time passed and the last period of cooperation, I considered Fulci a dear friend and it was nice to tell each other things of our lives. Anyway, he’s probably the person from whom I learned more about the art of writing music for film.

AC: Both your and his most famous work was in the succession of extreme horror movies. How did you approach scoring those films?

FF: In a sense, the horror experience, except for a few cases where I did not write the soundtrack, I strongly shared with Lucio Fulci. And the first time, that of Zombi 2, was a small revolution. A genre so particular demanded a different concentration. It took us a bit of time for musical choices, but in the end we found the right way. The other films have come, in a sense, accordingly, even if the scores are quite different from each other.

For more on MondoCon, read “MondoCon Keeps the Fans Happy” in this week’s issue.