Anyone who grew up in the Eighties with a 20-sided die in their Dungeons & Dragons fist or an interest in heavy metal and horror films will remember the bizarre “satanic panic” that swept the country during that era. 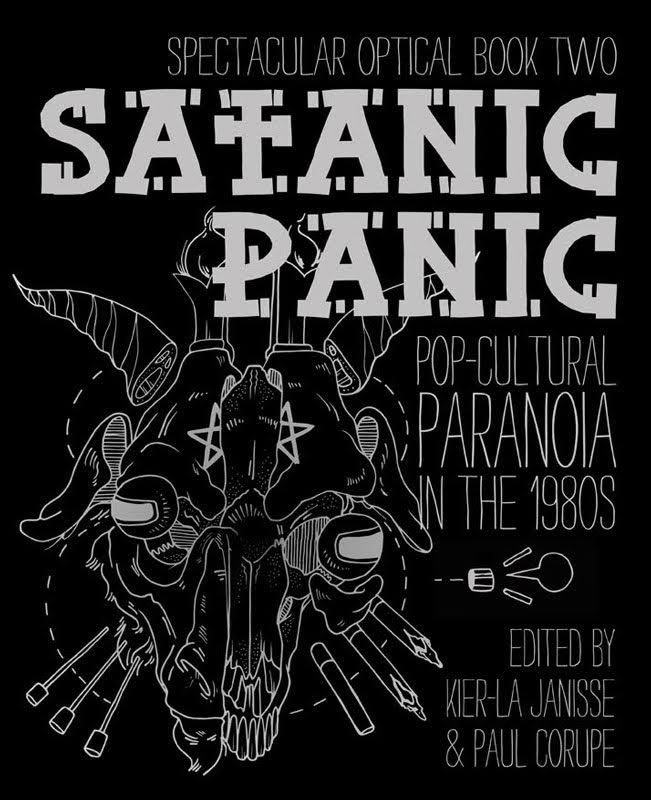 Set ablaze by the book Michelle Remembers and the infamous McMartin preschool trial – which alleged that the family-run daycare was instead a seething nest of unspeakably vile Satanic sexual abuse – this literal witch hunt continued for decades.

Fueled by hysterical media coverage, overzealous law enforcement agencies, evangelical Christian radio host Bob Larson, and even core members of the Church of Satan and the Temple of Set, whose intellectually measured responses only served to fan the cultural conflagration, the virulent panic even spread into otherwise placid Austin: The satanic ritual abuse trial of Oak Hill daycare owners Dan and Fran Keller in 1991 landed the pair in prison for 22 years. (The Travis County district attorney’s office released the Kellers in 2013.)

Why all the crazy? Kier-La Janisse, original Alamo Drafthouse programmer, author (House of Psychotic Women: An Autobiographical Topography of Female Neurosis in Horror and Exploitation Films), and all-around badass took the FF stage on Wednesday night to offer some insight and explanation. Coupled with the release of her new book (co-edited with Paul Corupe) Satanic Panic: Pop Cultural Paranoia in the 1980s and a screening of 1981’s Evilspeak, it all made for a helluva show.

”This was a topic that was very close to our hearts,” said Janisse, “because we grew up in that time, the late Seventies, early Eighties, which was a hellacious time to be a teenager. [Corupe and I] didn’t realize just how heavy this book would be, because there’s so many stories and people’s lives that were affected by the satanic panic of the Eighties.”

Published by Janisse’s own micro-press imprint Spectacular Optical out of Montreal, the anthology/overview features over 20 contributing authors, several of whom – Forrest Jackson, Dave Canfield, and John Schooley – were on hand for the 20-minute preshow presentation, which featured histrionic clips from Eighties-era television “news” magazine shows 20/20, The Geraldo Rivera Show, 60 Minutes, as well as brain-melting snippets of righteously wrong-headed Christian TV and radio personalities going absolutely bananas. You’d think it was the end of the world, and sadly, for many of the accused innocents, that’s exactly what America’s satanic panic turned out to be.

How did Janisse first learn about the evil that was, supposedly, lurking everywhere in the early Eighties?

”I first heard about it because I wanted Crest gel toothpaste,” she explained, “and my mother was convinced that Procter & Gamble, who made Crest toothpaste, was a satanic company. I found out much later that this was actually a real belief. People thought that Procter & Gamble were satanists, and my mother was one of those people who believed that.”

”The satanic panic that we tend to remember started with the publication of Michelle Remembers, a Canadian book that came out in 1980,” Janisse said. “Michelle Smith and her psychiatrist Lawrence Pazder … came out with these regressive memories of Michelle being in a very long satanic ritual in the Fifties when she was 5 years old. This paperback is just the most lurid, weird, sleazy thing you can imagine. It’s got this 5-year-old kid who’s getting a tail surgically attached to her, people are shitting on her, she’s eating babies, all this kind of stuff. And of course, as with this book and later books like Lauren Stratford’s [Satan’s Underground: The Extraordinary Story of One Woman’s Escape], this was all fraudulent, they’re total bullshit, and they’re made up.

”But it kicked off this fear, in the early Eighties, when you had the disappearance of Adam Walsh in 1983 and then the same year as that you have the McMartin preschool trial. And so these events, all based around young children, were actually what kicked off the satanic panic, even though we tend to think of it as something associated with teenagers and heavy metal and Dungeons & Dragons.” Remarkably, it’s not completely over yet, either. But enough about Satan. Let’s talk about Clint Howard’s awesomely geeky performance in the much-loved Evilspeak. Cast as a lone, chubby misfit at a Christian military academy, Ron Howard’s eternally entertaining little brother ends up wreaking fiery, sword-swinging, anti-gravitational vengeance on his tormentors with the aid of what appears to be a knockoff Commodore VIC-20 inhabited by the spirit of a satanic high priest. That should be enough to recommend the film to anyone in their right mind (and maybe even preacher-man Bob Larson), but Evilspeak ups the ante by including terrific performances from R.G. Armstrong and Joe Cortese (American History X, who looks an awful lot like a grown-up Damien Thorne). Suffice to say it’s unmissable. If you somehow missed it, however, it’s available from Starz/Anchor Bay in DVD format. The devil you say.