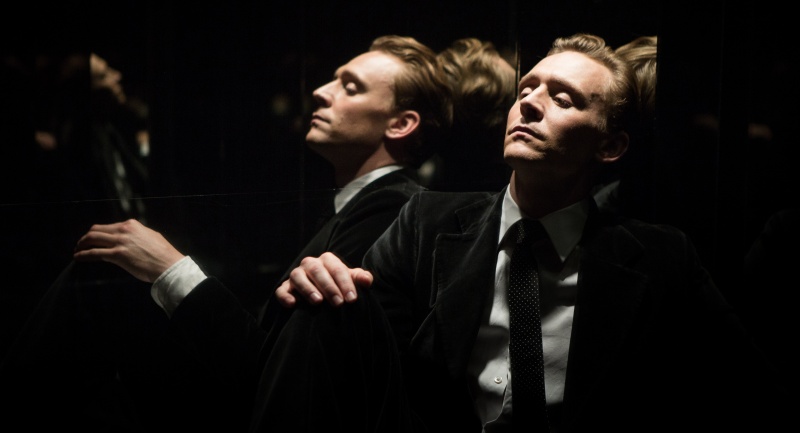 Since his debut Down Terrace, British director Ben Wheatley has been a talent to watch, always on the rise, always evolving and mutating. With his adaptation of J.G. Ballard's classic dystopian political allegory High-Rise, he may have finally delivered his first full-blown masterpiece.

This was Ballard's most prescient novel, predicting the roots of Thatcherism in the fetid soil of the Edward Heath administration. And Wheatley, the psychotherapist of Britain's darkest Id, is the perfect director to take it on, and create his most visually nuanced and rich movie to date.

It seems like a horribly mannered and obvious metaphor: a high-rise apartment complex as hierarchy. At the top, the pastoral surrealism of the terrace apartment of the aptly named Royal (Jeremy Irons in a Renaissance performance), surrounded by sycophants and manipulators. At the bottom, the working classes. And, in the middle, Dr. Laing (Tom Hiddleston), whose position in the center is as both fulcrum and buffer.

Yet Wheatley's genius, building on the script by longtime collaborator Amy Jump, strides straight past that metaphor and into Ballard's febrile world, viewing it with his same icy, incisive, calculating vision. This is Abigail's Party via Gibbon's The Decline and Fall of the Roman Empire, and Laing's status, at the top of the bottom and the bottom of the top, is an elegant vantage point from which to see that collapse.

Hiddleston serves as both disaffected protagonist and occasional omniscient narrator, slave to events as much as he tries to rise above them. Summing up the Pink Floyd lyric about quiet desperation being the English way, he plays the prim and proper gentleman in times of barbaric collapse. This is a very British dystopia, as the various floors retain the veneer of civilization as they slip into barbarism.

However, this is not just a Hiddleston vehicle. Sometimes he fades (at one point, quite literally) into the walls, and instead Wheatley builds a maelstrom of an ensemble cast. Luke Evans and Elisabeth Moss should take particular credit as the Wilders, the lower-floor couple who adapt to this neo-barbarism in very different ways.

And then there is the building itself, the passive monolith that becomes the downfall of all. Come awards season, production designer Mark Tildesley, art directors Nigel Pollock and Frank Walsh, set decorator Paki Smith, and costume designer Odile Dicks-Mireaux should all be remembered for re-creating a world that never quite existed, and giving Wheatley his most visually complete and enthralling picture to date.

Ballard's dissection of the inevitable class war resulting from Royal's failed experiment in social engineering is grounded in the real collapse of Fifties urban planning. Wheatley then cements that with imagery that will bring a chill of familiarity to those cogniscent of that era of British history: the flickering lights and mounting trash of the Winter of Discontent, the track suits that became the uniform of the aspirational middle class (and that here become a sign of the human wolves wandering the walls as civilization collapses).

High-Rise, like all of Ballard's best, was a prediction that came horrifyingly true. This is a document of when rampant acquisition and conspicuous consumption becomes predatory oppression. With it, Wheatley secures his position as the new Lindsay Anderson.