Another love story between Christopher Doyle and his camera

Subtitled “Another love story between a criminal and a whore,” this Filipino gutter noir from director Khavn De La Cruz is a kaleidoscopic epic of truly intimate proportions. 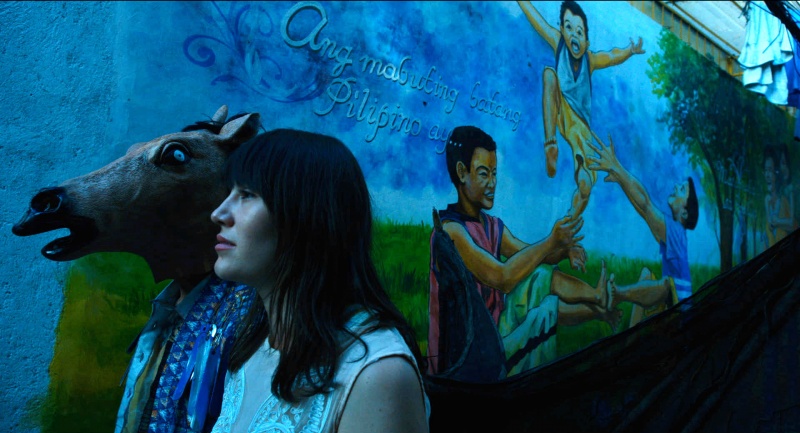 While some might complain that there’s not much to it – that subtitle is completely accurate – Ruined Heart is nevertheless a borderline hypnotic/hysteric exploration of love, lust, sex, and death amid the filthy back alleyways of Manila’s slums. You’re going to want a long, hot shower and some sturdy pumice to scrub off the grit that accumulates on your psyche after being drenched in the hallucinogenic camerawork of Christopher Doyle and Stereo Total’s haunting electronic score.

Tadanobu Asano (47 Ronin) is the impossibly cool killer and Nathalia Acevedo is the whore who takes up with him after he ice-picks her unfortunate john in a seedy apartment. She’s not just any streetwalker, she’s the Godfather’s pet prostitute, which leads to the pair’s increasingly desperate attempts to get out of town before the big guy crucifies them both.

And that’s really the whole plot of Ruined Heart, which is most notable for letting Wong Kar-wai’s favorite D.P. Christopher Doyle completely off the leash. Doyle employs all manner of cameras – GoPros, digital SLRs, and presumably whatever he had on hand at the time – to mutate the already chaotic underworld of Manilla into a crazily askew bad dream of itself. Doyle’s stupendously inventive imagery wraps itself around these two on-the-lam lovers like a tatty rat-skin cloak. If you thought his work in Fallen Angels was dreamy, then your eyes will likely melt and run down your cheeks – bring a hankie, just in case – after seeing this semi-psychedelic slice of black-rainbow flavored sinema. Huge props as well to whomever orchestrated the unforgettable opening titles, which appear to be tattooed onto the skin of a corpse sprawled facedown in the street. Now that’s entertainment, Khvan and Doyle style.