Rewriting the cinematic history of a nation 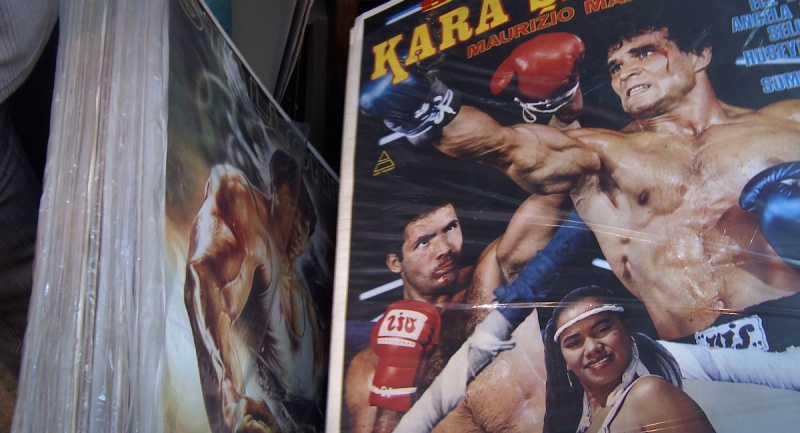 Ozploitation in Not Quite Hollywood. The Philippine exploitation machine in Machete Maidens Unleashed. Film historians have lavished much celluloid recently on the bizarre corners of global cinema. But Remake, Remix, Rip-Off does more for the Turkish post-war movie machine than just marvel at the weirdness.

There's a lot of weirdness at which to marvel. Director Cem Kaya's lens settles on Yeşilçam, the hub of Turkey's film industry from the Forties through to the Eighties. But this was less Hollywood and more a movie-making Tin Pan Alley, a rack 'em, stack 'em environment in which anything went. With only three screenwriters (literally: the cavalcade of talking heads name them) responsible for 300 movies a year, the industry prided itself on shameless derivation. Ably assisted by Turkey's virtually nonexistent copyright laws, and a belief among directors that there are really only 33 stories (give or take) in the world, the end result was a burn and churn industry, shoveling out films with little logic, less originality, but an undeniable glee.

That's the first half of the documentary: old filmmakers reminiscing over clips from "classics" like Tarkan Vs The Vikings and The Man Who Saves the World (both of which receive repertory screenings during Fantastic Fest). And it wasn't just the titles that are known to fans of cult kitsch, like Turkish Superman. Did you know there were two unlicensed remakes of Some Like It Hot? Probably not. As is shown in the early reels, even the filmmakers don't remember half of what they made.

And then Kaya does a handbrake turn, and places these films into a larger, deeper, often more poignant perspective. The second half of the film examines how the industry was almost destroyed by politics, how filmmakers were crushed by religious correctness and dictatorial censorship, and how almost the entire cinema of a nation was taken into a room and burned. While Kaya doesn't attempt to claim that these are masterworks, he respects the work, and how much it meant to those that made it and watched, how it became a statement of identity for Turks at home and in the diaspora. He doesn't pull any punches on the industry itself, recounting how the people who made them, actors and technicians alike, risked horrible injury in an industry that burned them up and tossed them out.

And yet, for all that, this was their industry, and Kaya gives their passion the respect it deserves.

Remake, Remix, Rip-Off. Come for the low-budget antics, stay for the contemporary history of a nation.