If you were to guess which country might produce the next great disaster movie, you’d probably be guessing for a long time before you arrived at Norway. But Norway it is. 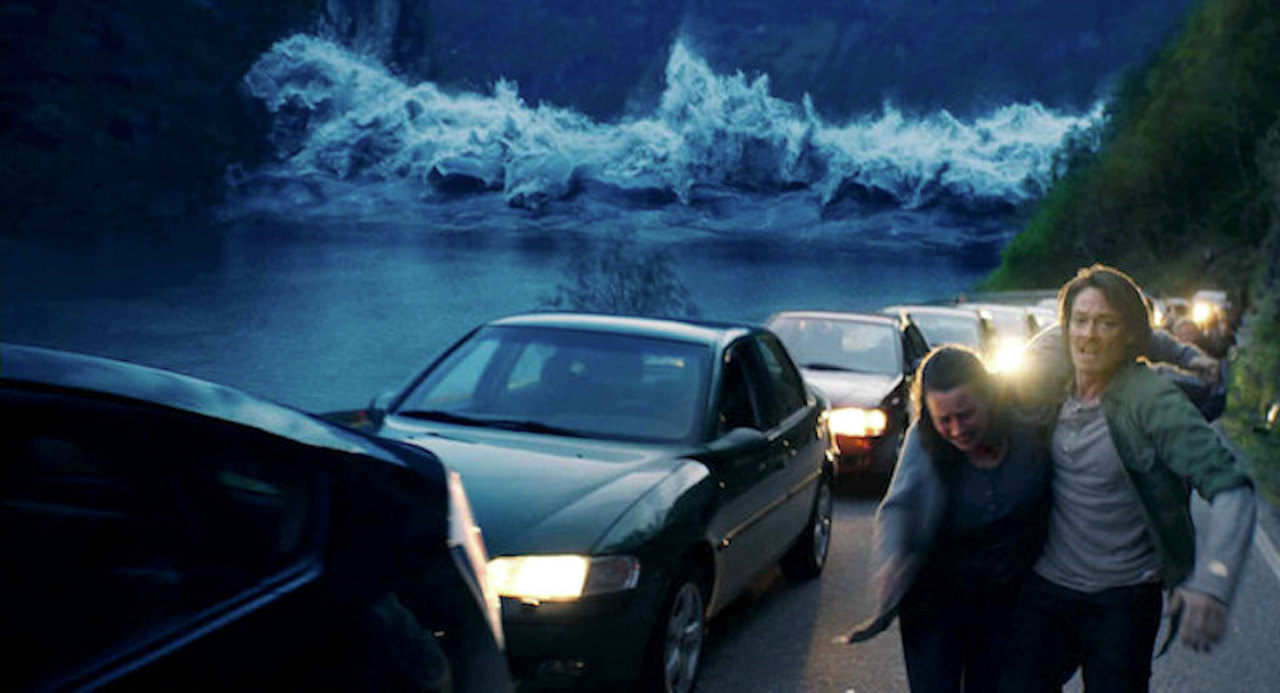 That placid, oil-rich, and socially advanced nation, also known for its vast natural beauty, has even nominated its homegrown disaster picture, The Wave, for this year’s Foreign Language Oscar. The film well-deserves the honor. Gripping and naturalistic, The Wave only lets up to allow in some heartstring melodrama toward the very end of the movie. But its scientific sensibility and portrait of imperiled family dynamics carry the film even when the stunning mountain scenery becomes a given backdrop.

As The Wave opens, geologist Kristian (Kristoffer Joner) is being saluted by his co-workers on his final day of employment at a rockslide early-warning center in the picturesque town of Geiranger. Kristian has taken a new job in the city, working for an oil company. One of the remaining staff members jokes that now that Kristian is gone, they won’t have to triple-check their work anymore. Oh, naive employee: Be careful what you wish for. The danger lies not in a “mere” rockslide, but the resultant tsunami that could occur when the mountains tumble into the narrow fjord below. The tourist town and Geiranger’s year-round inhabitants could be washed into oblivion in the blink of an eye.

After the party, Kristian returns home to his family, who are completing the final packing for their move the next day. He is to take the ferry to the mainland with his two children, while his wife Idun (Ane Dahl Torp) stays behind for a few days to finish up her work as a hostess at the busy visitors’ hotel. But a premonition he had the day before regarding a mysterious equipment failure morphs into a belatedly realized hazard while waiting in line to board the ferry, and Kristian turns the car around and immediately races, with his children in tow, to the monitoring station. The dedicated scientist, whose work in Geiranger is complete, sticks around because he’s a dedicated geologist and compassionate human being. Stranding his children causes some grief with his wife, but the kids soon arrive at mom’s resort to spend another night in town before Kristian and his young daughter return to spend one more night at their old house. Meanwhile, the crew at the monitoring station weigh the pros and cons of sounding the early evacuation alarm that could either save lives or put a bad financial crimp in the tourist season.

The cinematography by John Christian Rosenlund is stunning, ranging from picturesque to harrowing, yet all the while keeping the human beings we’ve come to care for in sharp focus. Director Roar Uthaug nicely builds the tension and the characters’ various concerns. Not until the last act when the central family engages in a few superhuman feats in order to save one another does the film hit any false notes. Until then, The Wave barrels through with the impact, dare I say, of a tsunami.