Being alone sucks, but it's better than being a lobster

Finding a significant other isn't easy, but nobody's single forever in The Lobster – unless they have perfect aim with a tranquilizer gun. 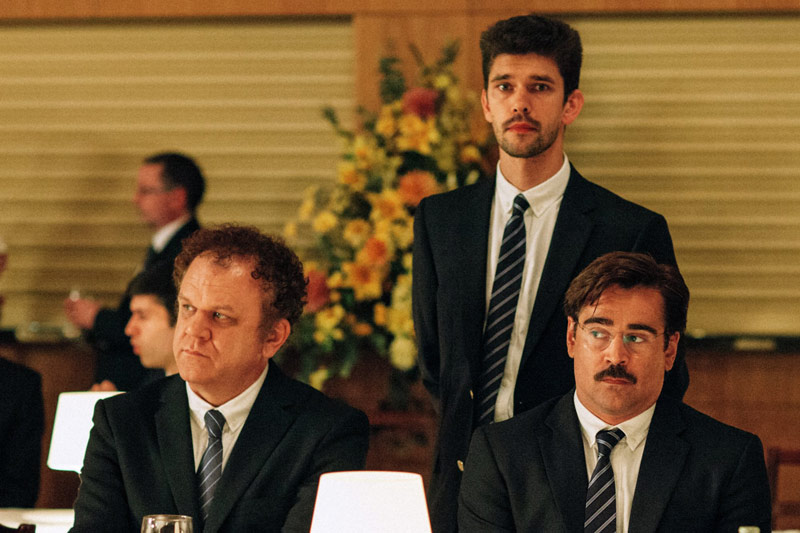 This pitch-black comedy from Greek director Yorgos Lanthimos (Dogtooth) stars Colin Farrell as David, a recent widow sequestered to a remote resort full of other singles and tasked with settling on a new wife. Should passion refuse to spark within 45 days, he'll be transformed into the animal of his choosing. If the title hasn't made it clear, David has a thing for crustaceans.

As he unsuccessfully navigates a small dating pool of other hopeless romantics, Farrell's star power disappears behind a 20-pound gut and permanently deadpan expression. Matching is serious business, and hotel management seems to have an omniscient ability to spot fakers. The only way to extend your stay is by hunting escapees in the forest behind the hotel. Each bagged loner earns you an extra day as a human. David's cold-hearted first love interest has made over 100 captures and is in no hurry to settle down.

Although the “Yes, and …” style of world-building is the film's greatest strength, some of the decisions do feel arbitrary and too often the plot hinges on mumbled dialogue pauses. Even so, Lanthimos does a commendable job of linking exposition with clever visual or spoken gags, such that the film doesn't need gut laughs to be hilarious, leaving viewers chuckling to themselves about what it means to be single, a couple, or some weird creature in-between.