A slow-burn character piece that amps itself up into something completely different than what you thought it was, director Osgood Perkins' feature debut is simultaneously baffling and genuinely creepy. 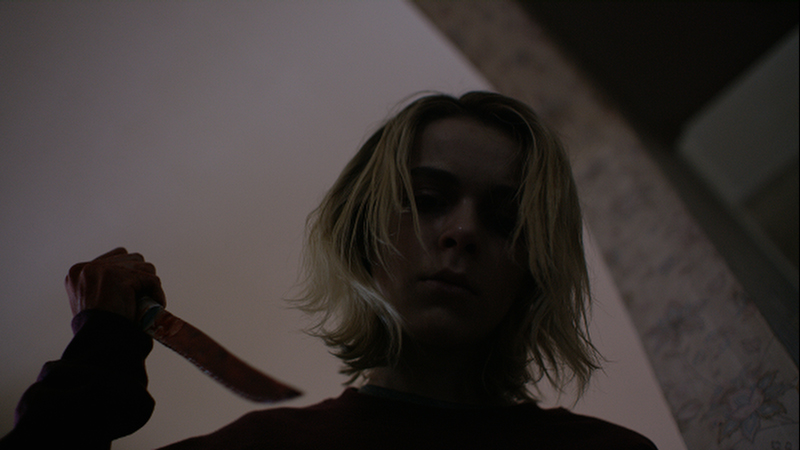 It also gives Mad Men’s Kiernan Shipka a chance to act out in front of Daddy, and by “Daddy,” I mean Catholicism. Just the thing for Pope Francis to while away a spare 93 minutes while visiting the States this week.

Not that February is anti-Catholic (at least I don’t think it is). It’s just that empty Catholic schools are inherently foreboding places. All those hoary rituals echoing through the halls, the pleated skirts of girls long gone, and, oh yeah, the basement boiler room that seems to be whispering sweet, awful nothings in the middle of the snowbound night.

Shipka’s a hot mess as the freshman Kat, who is stranded at her Catholic school over Christmas break along with fellow student and upper classperson Rose (Lucy Boynton). There’s a pair of nuns lurking about, too, looking way too happy to be there. Moving back and forth in time and narrative, Kat and Rose’s plotlines and backstories merge with those of Rose (Emma Roberts), an apparent escapee from the local mental hospital. Taking place over the course of a weekend, February is the kind of Fantastic Fest film that worms its way into that way far back reptilian part of your brain, where it then lays eggs, which will probably hatch a few hours after you exit the theatre, whereupon you go all Sam Neill at the end of John Carpenter’s In the Mouth of Madness. Yeah, it’s that kind of movie.