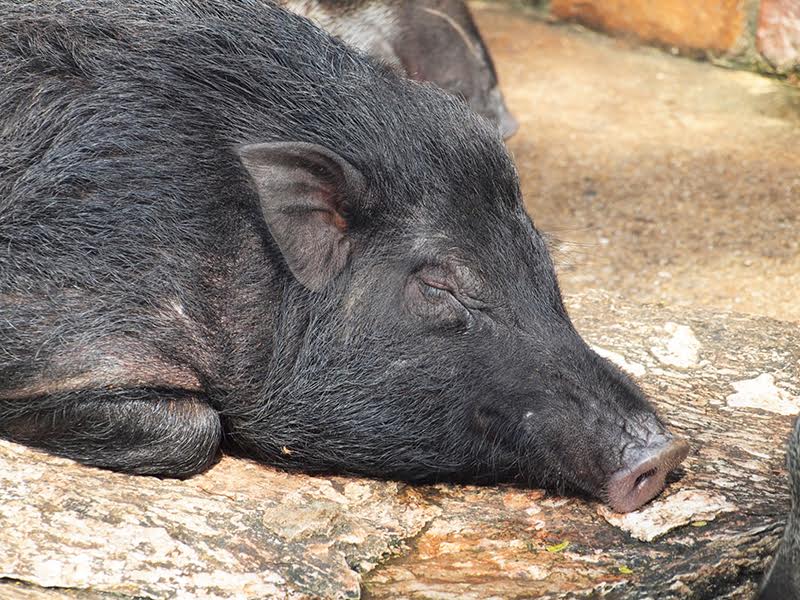 If there's one thing you can count on at Fantastic Fest (besides an overwhelming number of first-rate films), it's the number of crazy events that go on during the week of the fest. From a massive food-fight free-for-all to a North Korean prison-themed party, the organizers know how to put together a memorable shindig.

But there is one event that won't be taking place this year: the "Helicopter Hog Hunt," in which five attendees shoot at feral hogs with semi-automatic assault rifles from an airborne chopper. After a Change.org petition appeared calling for the cancellation of the event (and getting almost 1,200 signatures), League posted a blog today on the Fantastic Fest website, that he was canceling the event. "I've enjoyed the conversation, and I've gained some valuable new perspective. I always want to listen to our guests and consider their opinions," League wrote in the post. Similar uproar occurred in 2013 when the Helicopter Hog Hunt was first introduced (see "Has Fantastic Fest Gone Too Hog-Wild?," Sept. 9, 2013).

Instead of the hunt, League is folding the debate about the controversial event into another Fantastic Fest tradition, the Fantastic Debates. "I will personally be debating on the topic: 'Resolved: Shooting feral hogs from helicopters is unethical and wrong.' I'll be arguing the negative with an as-of-yet unnamed opponent," wrote League. League is taking suggestions on who should be on the other side of this issue on Fantastic Fest's Facebook page.