DVDanger: The Story of Cinema, Part One 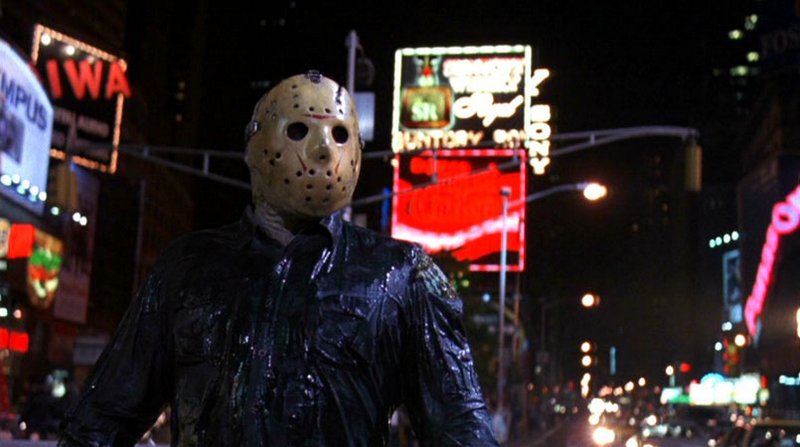 "Wait, I'm not even the bad guy in all my own films?" The complicated history of Jason Voorhees is examined in Crystal Lake Memories: The Complete History of Friday the 13th.

Stories about stories are an obsession. Recent documentaries like Jodorowsky's Dune and Lost Soul detail the near-misses on legendary projects that almost happened the way they were supposed to. But there are many stories about movies, and the people who made them, that cannot be contained within the narrative of one single production.

The 400 minute runtime (yup, clear a full day for this one) may seem excessive. Considering there are 12 films (plus the underrated but basically unrelated TV series), that's about half an hour per project. The progression reveals a franchise that starts off subversive and becomes the mainstream – sometimes much to the chagrin of the filmmakers. If this all seems excessive, it actually justifies pretty much every second and every single one of its 150 interviewees. This is a billion dollar franchise that filmmakers and audiences keep coming back to, even after it disappears into weird dead ends like the self-satirizing Jason Lives. It's a franchise that has remorselessly reinvented itself, and has never been what people think it is. It's not just the old trivia question about the real killer in the first movie, but the repeated, desperate attempts to finally kill off the hockey-masked killer. Yet it always spirals back to one of cinema's most oddly appealing icons.

Director Daniel Farrands has become the Ken Burns of American horror, first tackling the Voorhees mythos in 2009 with His Name Is Jason, before abandoning Camp Crystal Lake for the suburbs with Never Sleep Again: The Elm Street Legacy and Scream: The Inside Story. His love for the franchise is clear, but he's also incisive about how free form it was, that every director would reinvent it to be what they wanted.

Not really Jason at all? OK.

Science fiction? Why not.

Telekinesis? Not the craziest thing anyone suggested.

Amid all that turmoil, the biggest heroes are Part VII director John Buechler and his Jason, Kane Hodder, who tried harder than anyone else to restore the franchise to its horror roots, and bring all those disparate strands together.

By contrast, the biggest behind-the-scenes villain remains the MPAA, which acted as a second editor on every project (as Buechler puts it, "The ratings board raped my movie."). That said, many cast members point fingers at whoever decided to shoot so many scenes in water in midwinter. However, fans will be thrilled to know that it wasn't the directors that made the films less and less gruesome, with outtakes galore showing that the original kills (the real reason for showing up) were elaborate and creative, and not the spayed version that finally hits the screens.

What's most fascinating is that everyone involved is honest about the fact that the franchise doesn't make any sense. From the nonsensical leap from the first film's resolution, through the desperate money grab of the sequel (which even internally doesn't make any sense), through eight more sequels of wildly varying quality, the torturous Freddy vs. Jason, and the 2009 remake, no one ignores the warts on this warts-and-all slasher series. 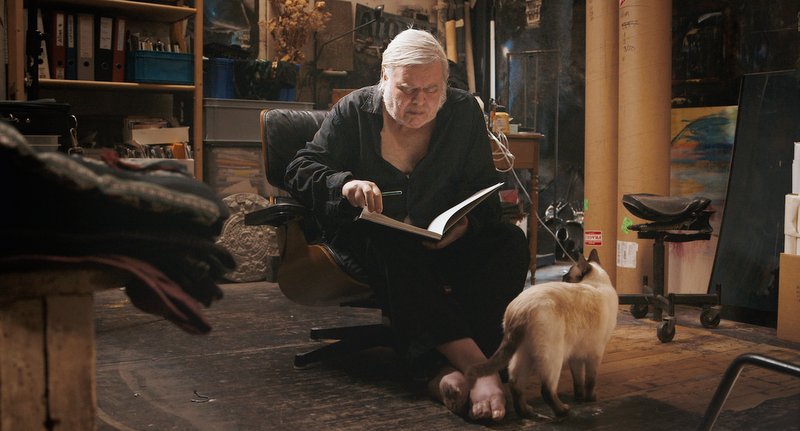 The Friday the 13th films depend on gore and jump scares for their sense of horror. Dark Star: H.R. Giger's World examines a more twisting, cerebral approach to terror.

Giger isn't presented as some morbid magus. Instead, his imagery is analyzed as almost the ultimate version of Expressionistic dream logic, often surprisingly positive. His health fading, his story is mostly told by those that know him best: his wife and museum director Carmen, his first wife Mia Bonzanigo, fan/friend/personal assistant Tom G. Warrior of seminal black metalers Celtic Frost, and psychologist Stanislav Grof. They attempt to explain his fascinations, picking on single incidents like they could provide some key to unlocking his mysteries. But, as cinematographer Eric Stitzel notes, he kept his mysteries all through shooting.

This could have been a profoundly bitter film. After all, Giger was the world's leading Surrealist artist after his designs for Alien revolutionized film iconography. Yet that success saw him exiled from the snobbish art establishment that rejected him for "going Hollywood." Moreover, Sallin's portrait is of the artist as a dying man, aging and infirm. And yet, this is the moment that probably reveals him at his sweetest and most impish. Under all the horror and eroticism, his designs have a playfulness, the proverbial dance with death that makes life so much more meaningful. The young creator (if anyone casts a biopic, just hire Mark Ruffalo now) seems deliberately daring. The old man seems eminently approachable, happy to play with his cat and ride on the miniature model railway that he built in his backyard. 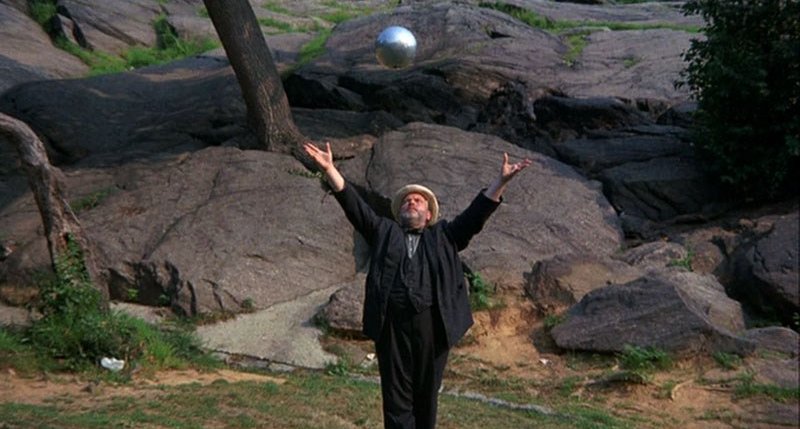 The apt metaphor of keeping too many balls in the air sums up the complicated and often frustrating career of Orson Welles in Magician: The Astounding Life & Work of Orson Welles.

Infamously, Giger nearly rubbed shoulders with Orson Welles on the abortive attempt by Alejandro Jodorowsky to adapt Frank Herbert's Dune. So it's fitting that his biography arrives so soon after Magician: The Astounding Life & Work of Orson Welles.

In many ways, they were equals: massively impactful creative forces who still didn't get the credit they deserved. "I didn't know it couldn't be done," Welles said, boasting of "the confidence of innocence." He had a genius that was undeniable but self-destructive. Yet he was never a burnout or a junkie. Even with his near-legendary appetites, he retained an extraordinary drive and control. Yet director Chuck Workman lets Welles describe his own weakness: money. For him, cash was something that let you make films, and you made films until you ran out of money, and then you get more cash, and you make more films. The studios, of course, hated this. The end result is an astounding library, recently celebrated in some of its most obscure corners at the Alamo Drafthouse (see "The Boy Wonder at 100"). Its only equals are the tales of alternate cuts, and the near-mythical stockpile of incomplete works.

There is nothing new here for audiences, but Workman condenses it with verve and wit into 94 enthralling minutes. Welles' story, of Hollywood's most loved and betrayed son, is a terrible warning for any filmmaker. But then there is the appeal of his work: Who wouldn't want to emulate that man that invented the mockumentary with the mythical War of the Worlds broadcast; the enfant terrible that injected expressionism into American cinema; whose debut, Citizen Kane, is an undeniable masterpiece; whose failures were greater than most successes. As those films finally evade the hideously complicated legal traps into which they fell (a side effect of all that cash, all those sold and divided rights), he's increasingly revealed to be right. There's a sneaking suspicion that, if he'd only had the right producer to keep the studios off his back, we would have had a dozen more masterpieces. But then it would have meant a producer capable of cracking the whip on the erratic genius, whose second greatest legacy may be the whispers and fragments he left behind. 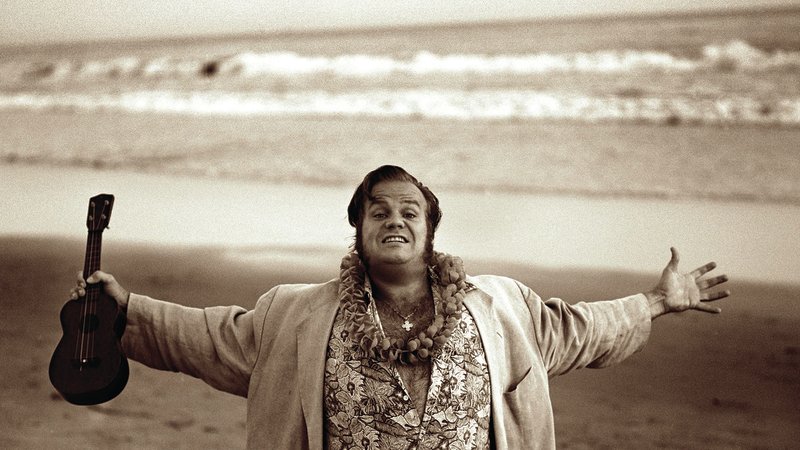 A life cut short: I Am Chris Farley.

Welles' story is of a master who was never allowed to fulfill all his potential. I Am Chris Farley is the sad tale of a man who was on the verge of really breaking out. It's the latest in the I Am series that so far has tackled Evel Knievel, Bruce Lee, and Steve McQueen. The format is simple: a linear biography, lots of talking heads, both people that knew the subject and those inspired by him. The subject so far has always been a male whose appeal to men that grew up in the Seventies and Eighties is almost genetic. But McQueen, Knievel, Lee, they were macho guys. Farley was the puppy dog, the best friend, the other guy. At a point when Saturday Night Live was dying, he was an injection of raw, pratfall genius. Those Eighties kids that watched The Goonies had their new Chunk in Farley, and his debut feature, Tommy Boy, was a welding of schmaltz and slapstick that was stupidly charming. His ridiculous innocence, bouncing off David Spade's refined snark, was a peerless pairing.

And yet … here's the thing. When Farley died from drink and drugs, it wasn't preceded by the normal decline into malice and stories of assholery that plagued SNL. He was still the guy that everyone loved; he just could not be saved from himself. The worst anecdote anyone could find is that he blatantly over-delivered one line during a guest appearance, stealing a scene.

Even if you don't like Farley the comedian (although this makes a convincing argument to change your mind), it is impossible to dislike Farley the man, the tubby middle brother whose eagerness to stand out from the crowd was matched by his talent. It's agonizing to watch Spade, Adam Sandler, and all of Farley's friends, peers, and family members recall this teddy bear of a man. The biggest mercy is that director Brent Hodge (A Brony Tale) left out the famous curtain call of Farley cuddling up to Phil Hartman as he sings "So Long, Farewell." Without it, this film is tragic. With it, the tears would never have ended.

Crystal Lake Memories: The Complete History of Friday the 13th (Image Entertainment) will be released on DVD and Blu-ray on Sept. 8