While they have yet to drop the full schedule (you can see the first wave of films here), the Austin Film Festival announced new panelists and unveiled their Distinguished Screenwriter honoree. 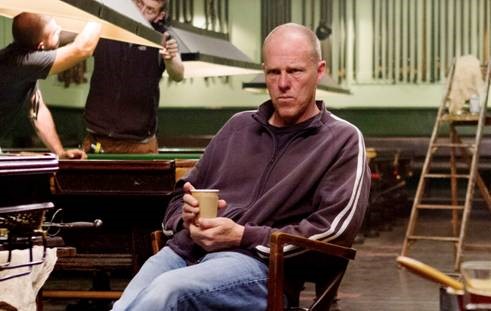 First up, you may know him as the Academy-Award winning screenwriter who was able to extract a coherent narrative out of James Ellroy's labyrinthine doorstopper of a novel, L.A. Confidential. Or perhaps it was his adaptation of Dennis Lehane's Mystic River that caught your attention. Regardless, writer/director Brian Helgeland joins past luminaries James L. Brooks, Harold Ramis, and Lawrence Kasdan (plus many others) as this year's recipient of AFF's Distinguished Screenwriter Honor. Helgeland got his start co-writing A Nightmare on Elm Street 4: The Dream Master for Renny Harlin back in 1988 before graduating from the genre school of hard knocks to adapt the aforementioned Confidential, as well as screenplays for Payback and A Knight's Tale (both of which he also directed), and, of course, the often misunderstood Kevin Costner vehicle, The Postman. Traditionally, there is an awards luncheon, and if you can squeeze past the volunteers and hangers-on, maybe you can pick Helgeland's brain about whether he's responsible for the "butt bomb" scene in Man on Fire where Denzel Washington shoves C-4 up a bad guy's bum, or if that came out of rehearsals.

Continuing their tradition of staging script readings, AFF will present a reading of Outstanding Television Writer honoree and TV giant Norman Lear's unproduced teleplay Guess Who Died?, which concerns (gasp!) old people. Also getting a table read is an unproduced screenplay called Rosaline from writing duo Scott Neustadter and Michael H. Weber, the YA experts behind two John Green adaptations (The Fault in Our Stars and Paper Towns), as well as (500) Days of Summer. (If you run into those guys, you might want to ask them what the hell is going on with Miles Teller these days.)

Rounding out the news is the programming of a handful of new panelists that will be on hand to offer insight into navigating the often masochistic desire to write for film and TV. They include Michael Arndt (Little Miss Sunshine), Charles Burnett (of the seminal Killer of Sheep), John Ridley (12 Years a Slave, American Crime), Gary Ross (Pleasantville, Seabiscuit), and Kristen Smith (10 Things I Hate About You, Legally Blonde). Check back for more updates, as the complete lineup of films and panels should be announced by the end of September.