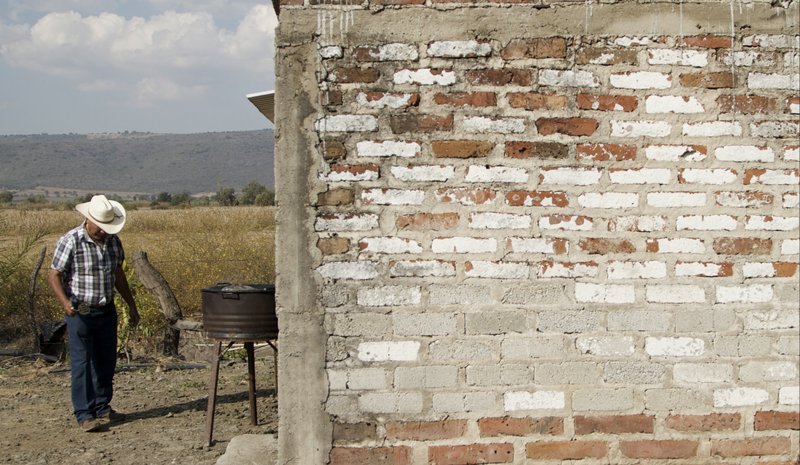 The Sons of José Bolaños from Juan Pablo Gonzalez, recipient of a $2,000 grant from the Austin Film Society

Independent filmmaking is tough, but raising money for indie filmmaking is even tougher. As the Austin Film Society announces the winners of the 2015 AFS Grants, there are a lot more narratives and documentaries, shorts and features, getting closer to appearing on screens.

Established in 1996 by AFS Artistic Director Richard Linklater as the Texas Filmmakers' Production Fund, the AFS grants have become a key component of the state's indie production economy, as vital for raising awareness about projects as they are for paying the bills. That said, the money has been important, with $1.5 million in cash, and $203,960 in goods and services, distributed to 461 projects over the last 19 years.

This year's grants continue that tradition. Under the leadership of AFS Associate Artistic Director Holly Herrick, jurors including filmmaker Alison Bagnall (Buffalo '66, Funny Bunny), multimedia artist Terence Nance (An Oversimplification of Her Beauty), and Sundance programmer Basil Tsiokos distributed $105,000, plus $30,000 in goods and services, to 37 films from around Texas. Herrick said, "As we watch these funds go to filmmakers who end up at Cannes, Sundance, SXSW, and the Independent Spirit Awards, we see the AFS Grant as fundamental to an artist ecosystem that makes Texas a hub for world-class independent filmmakers, and demonstrates the magnitude of the community’s commitment to these artists’ work and careers."

There are some titles that may already be familiar. Local films like "Florence", The Sensitives, and Leslie have already had some crowdfunding success, but these additional grants for production and post-production expenses get them closer to the screen.

Then there are the completed films receiving that all-important travel grant, which help get them out before new, often international audiences. Winners this year include SXSW award winners Peace Officer and Krisha, Andrew Bujalski's Results, and Bob Byington's 7 Chinese Brothers (as featured in this week's issue: read "Gone to the Dogs" for more). Here's the full list of winners:

Nakom from Kelly Daniela Norris and TW Pittman, recipients of a $9,000 grant for post-production from the Austin Film Society

Nakom
Kelly Daniela Norris and TW Pittman (Austin)
$9,000 for Post-Production
An intimate narrative from northern Ghana, Nakom follows a talented medical student who must return to his home village after his father's death, and fight for his family's survival.

Wolves
Paul Gordon (Austin)
AFS Powered by Dell Technology Grant (Up to $7,500 value)
$5,000 AFS Powered by Dell Grant for Production
Ashley, a young idealistic woman, takes in a homeless performance artist/chef couple – Brandi and Theo – after meeting Brandi at a therapeutic laughter class at the community center where she works.

Bagatelle
Daniel Levin (Sugar Land)
TX AFS Kodak Film Award: $5,000 in film stock
While on tour in South Texas, a struggling Russian cellist ditches her musical career to attempt a marriage with a wealthy farmer. The story is inspired and is loosely based on "Count Nulin", a poem by Alexander Pushkin.

Jules of Light and Dark
Daniel Laabs (Dallas)
$2,000 for Production
MPS Camera and Lighting Award: $3,000 in camera package & equipment rentals
A mysterious car accident brings together two strangers who are struggling to reconcile dual lives in a rural Pennsylvania town. 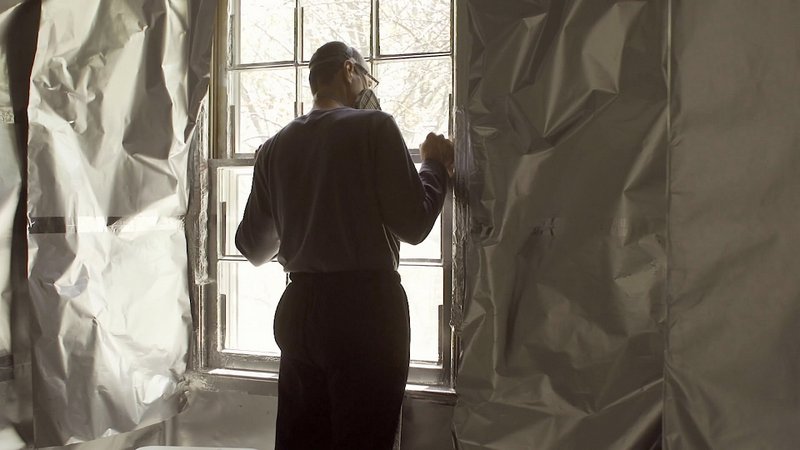 The Sensitives, recipient of a $9,000 grant from Austin Film Society

The Sensitives
Drew Xanthopoulos (Austin)
$9,000 for Post-Production
A loving grandfather is struck down by a debilitating illness with mysterious, environmental origins, and faces an agonizing choice: an uncertain future with his family or the lure of an isolated, "safe" community built for "sensitives" like him.

Stumped
Robin Berghaus (Austin)
$9,000 for Post-Production
When filmmaker Will Lautzenheiser loses his limbs to a bacterial infection, he turns to stand-up comedy as a new creative outlet. After three years of intense rehab and late-night comedy gigs, Will risks his life to undergo a rare double-arm transplantation in the hope of reclaiming his independence while advancing experimental medicine.

Rosedale
Ben and Bo Powell (Austin)
AFS Powered by Dell Cash Grant: $5,000 for Production
AFS Powered by Dell Technology Grant (up to $7,500 value)
MPS Camera and Lighting Award: $5,000 in camera package & equipment rentals
The people of Rosedale – they’re gonna show you this town. This tough old town in the Mississippi Delta, where the scars of slavery and segregation run deep. The “South’s South" – some people make it here, most people don’t, and that’s the way it’s always been. Who built this ghost town, and who are the ghosts? It depends who’s leading the tour.

Good Ol' Girl
Sarah Kolb (Kenedy)
$5,000 for Production
Good Ol' Girl chronicles the progressive stages of a ranch’s working life through three Texas women’s stories. Through Tanya (a single black mother of five), LeMoine (a young Southern Belle set to inherit one of the largest ranches in Texas), and Dillie (a 70-year-old widow navigating tense family battles and her own failing health), Good Ol' Girl investigates a bevy of women’s issues through the lens of a niche industry that has historically been ruled by men.

Untitled Jennifer Laude Documentary
PJ Raval (Austin)
$5,000 for Production
As U.S. military presence in the Philippines escalates, Justice for Jennifer captures national outrage over the murder of a young Filipina transgender woman by a U.S. marine. Challenging the terms of the Philippine-U.S. Visiting Forces Agreement (VFA) through grassroots organizing and courtroom advocacy, a cast of unforgettable feminist and transgender activists tirelessly confronts homophobia and transphobia, as long-simmering postcolonial tensions rise to the surface.

Leslie
Tracy Frazier (Austin)
$5,000 for Production
Leslie (working title) is a hybrid documentary that reveals the inner and bizarre world of Albert Leslie Cochran, a rebellious, cross-dressing homeless man who became the most unlikely civic symbol of Austin, Texas. Told with unapologetic humor, the film chronicles the life and career of a misfit who becomes a cultural icon while searching for love and a true sense of home. Leslie draws a parallel between one man’s efforts to preserve his identity with the collective struggle of a changing city.

Monument to Cabeza de Vaca
David Fenster (Marfa)
$5,000 for Production
In 1528, Alvar Nunez Cabeza De Vaca, a Spanish conquistador, was shipwrecked in Florida. Over the next 10 years he wandered, lost and naked, to West Texas and became a shaman along the way. De Vaca’s story is told through his own words and contemporary voices including: Asher Hartman, a transgender shaman; Paul Fenster, the filmmaker’s father, who exists in a space between life and death; and a talking cactus that claims to be inhabited by the spirit of De Vaca.

A Thin Line
Scott Harris (Flower Mound)
$5,000 for Production
A filmmaker, haunted by a past of merciless schoolyard bullying, tries to distract himself from fears about his mental health, until he is eventually forced to confront them.

Funniest
Katie Pengra and Dustin Svehlak (Austin)
$2,000 for Post-Production
Outside of mainstays like New York and Los Angeles, Austin is the quickest developing stand-up comedy scene in the nation. For 30 years, Capitol City Comedy Club has hosted the Funniest Person in Austin contest, which draws over 200 local contestants annually. After a grueling 7-week competition, only one comic can call themselves Funniest.

The Sons of José Bolaños
Juan Pablo Gonzalez (Austin)
$2,000 for Production
The Sons of José Bolaños is a meditative portrait of a Mexican rural family, its history with migration and how this contributed to the loss of their youngest son, Fernando. By observing the everyday life of the Bolaños family, and listening to their retelling of the last time each of them spoke to Fernando, The Sons of José Bolaños constructs a profound meditation on the mutability of memory as it poignantly depicts the present complexities of rural Mexico.

In the Shadows
Alvaro Torres-Crespo (Austin)
$1,000 for Production
In the Shadows follows a group of gold panners deep in Costa Rica’s jungle. For years they have panned the rivers and exchanged their gold for food and alcohol. Now, the government has decided to expel them all. This lyrical film captures the men's struggle and questions Costa Rica's conservation fame.

Our Voices Matter
Krishnan Vasudevan (Austin)
$1,000 for Production
Our Voices Matter follows the journey of young, minority creatives living in Austin, Texas. By creating socially provocative art, music, and films, the characters are attempting to engage and rewrite commonly held narratives about race and racial identities in the US. By learning about their experiences, we gain a more nuanced and intimate understanding of the challenges minority youth face.

"Carne Seca" from Fort Worth director Jazmin Diaz, recipient of a $1,000 grant from the Austin Film Society

"Plane Pretend"
Sharon Arteaga (Austin)
$5,000 for Post-Production
Pilar and her little brothers are ecstatic to take their first flight; but they must hide their excitement or they risk revealing their illegal status and being deported.

"Never Been Pied"
Lauren Pruitt (Austin)
$1,000 for Production
MPS Camera and Lighting Award: $2,000 in camera package & equipment rentals
Young and flirty Danni has her hopes set on being a plus-size model. Her naive mother Rita unknowingly puts her on a new prescription that will help her on the way to achieving her dream.

"Carne Seca"
Jazmin Diaz (Fort Worth)
$1,000 for Distribution
Brothers David and Oscar Juarez have until sunset in rural Mexico to turn a profit on their father’s business, or face the consequences of his belligerence.

"Florence"
Caleb Kuntz (Austin)
$1,000 for Post-Production
Florence is a teenager enraptured by her unusual perception of the world. Socially unadapted, she is misdiagnosed and prescribed psychotropic medication.

All That We Love
Yen Tan (Austin)
IFP: Emerging Storytellers