Fantastic Fest Wave 2: The Martian, The Witch, and More 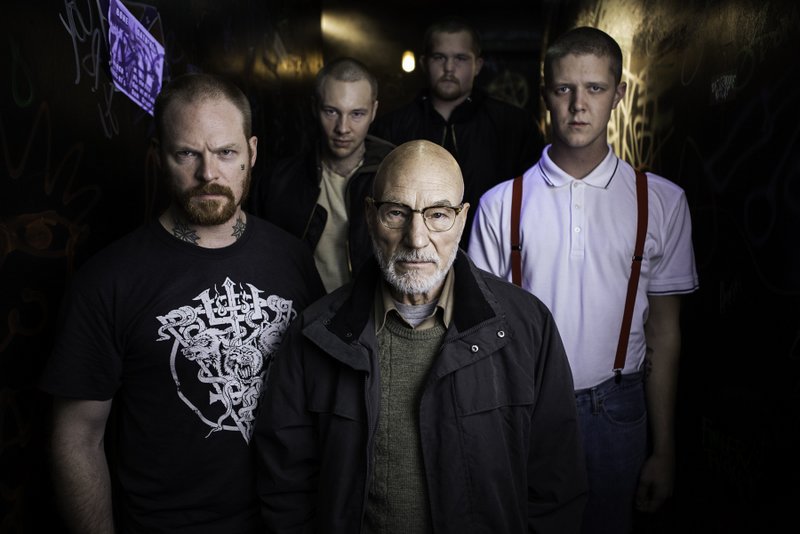 Fantastic Fest 2015 is less than a month away, and today the festival announced some of its biggest titles ever, with Ridley Scott's eagerly awaited The Martian, Patrick Stewart in Green Room, Tom Hiddleston in High-Rise, and the year's most hotly anticipated horror, The Witch, joining the schedule.

Round one already added appearances by Kurt Russell, Sion Sono, and Nicolas Winding Refn, and the hits keep coming. Locally, the big news is that Rooster Teeth, the Austin-based online video giant, will debut their first ever feature film, Lazer Team, at FF. For more about Rooster Teeth's rise to power, see "Rooster Teeth Levels Up," Aug. 7.

Plus, as is always the way, there's a slate of veteran festival filmmakers coming back, with Jeremy Saulnier (Blue Ruin) directing Green Room, Ben Wheatley (Sightseers, A Field in England) behind J.G. Ballard adaptation High-Rise, Jeff Begos (Almost Human) with The Mind's Eye, and the return of the maniacs behind brilliantly puerile comedy Klovn back with Klovn Forever.

It's also one of the most internationally diverse festivals around, with releases from Israel, Laos, Turkey, France, Denmark, Belgium, Chile, Japan, a Ghanian-Romanian co-production, and their first ever title from the United Arab Emirates. D: Christian Desmares and Franck Ekinci
France, Belgium, Canada, 2015, 90 min
US Premiere
In an alternate history where Napoleon's heirs rule France, scientists and scholars have gone missing for years, leaving behind a world deprived of their technological innovations. In this land powered by coal and steam, young April searches for her missing scientist parents.

D: Eiichiro Hasumi
Japan, 2015, 110 min
US Premiere
The most heart-warming, touching coming-of-age tale of 2015 just also happens to be the story of how one classroom of kids gets trained as assassins so they can kill their teacher before he destroys Earth.

D: Can Evrenol
Turkey, 2015, 97 min
US Premiere
It’s a quiet night on the beat for a mobile unit of Turkish police until they’re called out to support a squad encountering trouble in a remote building.

D: Eiichi Yamamoto
Japan, 1973, 86 min
Regional Premiere
A young and in love Jeanne is attacked by the local lord and makes a pact with the Devil himself in one of the most important rediscoveries of this year. Never before released in the US, this seminal psychedelic masterpiece has been painstakingly restored in 4k digital. D: Jaco Van Dormael
France/Belgium/Luxembourg, 2015, 110 min
North American Premiere
When Ea gets fed up with her overbearing father (who happens to be God), she decides to follow in her older brother's footsteps by leaving the house, gathering her own apostles, and writing her own testament.

D: Pablo Larraín
Chile, 2015, 98 min
US Premiere
In a secluded Chilean village, four men lead a quiet life, trying to redeem themselves of their past sins. Their existence is threatened by the arrival of a man whose own secret may reveal all which the four have worked to forget.

D: King Henry Blackson & FOKN Bois
Ghana/Romania, 2014, 63 min
North American Premiere
Beaten, robbed and left for dead, Wanlov and M3NSA are back and looking for revenge. But first, singing. And lunch. Prepare yourself for “the world’s second first pidgin musical”!

D: Marcin Wrona
Poland/Israel, 2015, 94 min
US Premiere
A day after discovering human remains in the backyard of their new home, a man begins experiencing strange things which come to a head on his wedding night.

D: Lee Sang-woo
South Korea, 2015, 94 min
World Premiere
In Lee Sang-woo’s follow up to last year’s I am Trash, Chul-joong is too busy forcing his friend to sexually please his developmentally disabled sister to notice someone may want to actually love her for who she is. 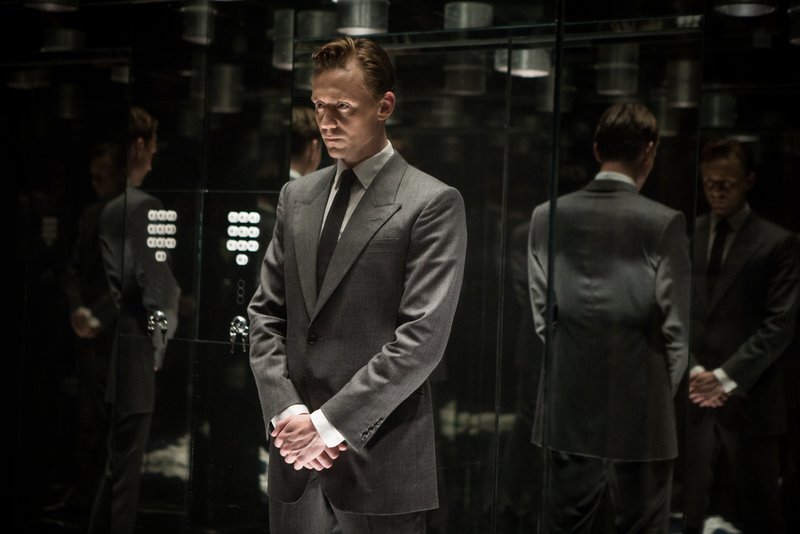 D: Osgood Perkins
United States/Canada, 2015, 93 min
US Premiere
The lives of two high school students will be linked together when they’re forced to stay at their boarding school over the winter break and an evil presence starts to stalk them.

D: Allan Ungar
Canada, 2015, 110 min
World Premiere
A tactical assault officer is saddled with a hard partying star out to rehabilitate his image – and avoid jail time – in this throwback to the odd couple buddy action flicks of the early ‘90s. D: Zee Ntuli
South Africa, 2014, 94 mins
Regional Premiere
Supremely confident ladies man TK may have bitten off more than he can chew when he sets his sights on Skiets, a township beauty with an edge who sets the pair off on a non-stop rollercoaster ride through the local underworld.

D: Ben Wheatley
United Kingdom, 2016, 118 min
US Premiere
Laing, a young doctor, joins a community in a luxury building in Thatcher’s England, who exile themselves from society and gradually divide into violent tribes. D: Mikkel Nørgaard
Denmark, 2015, 90 min
International Premiere
Five years have passed since the first KLOWN, and with their friendship at risk of fracturing forever, Frank must follow Casper to America ... with typically disastrous results.

D: Angel Manuel Soto
Puerto Rico, 2015, 100 min
World Premiere
The lives of a midwife, a young boxer, a mute kid and a young couple collide unexpectedly in a story about the desperate pursuit of happiness on the streets of Puerto Rico. D: Yorgos Lanthimos
Ireland, Greece, United Kingdom, France, Netherlands, 2015, 119 min
US Premiere
Somewhere in the near future, single people face a choice: Join a program to find a mate in forty-five days or be transformed into an animal.

D: Andrew Seklir and Tim Kinzy
United States/Canada/Italy/Japan, 2015, 93 min
World Premiere
1984. One shiny quarter. 44.5 hours of continuous play. The race to be the first gamer in history to score one BILLION points. Until recently, Timothy McVey (not the terrorist) thought he had — for all these years — held the world record on Nibbler. Note: a Nibbler cabinet will be available in the lobby for the duration of Fantastic Fest for attendees to attempt to break the current world record.

D: Ridley Scott
United States, 2015, 120 min
Special Screening
Get ready to be blown away by Fox's latest action-packed 3D adventure, The Martian starring Matt Damon, Jessica Chastain, Chiwetel Ejiofor and Kristen Wiig with a special screening of the upcoming film directed by Ridley Scott. The Martian is the story of what happens during a manned mission to Mars, when Astronaut Mark Watney is presumed dead after a fierce storm and left behind by his crew. But Watney has survived and finds himself stranded and alone on the hostile planet. With only meager supplies, he must draw upon his ingenuity, wit and spirit to subsist and find a way to signal to Earth that he is alive. Millions of miles away, NASA and a team of international scientists work tirelessly to bring “the Martian” home, while his crewmates concurrently plot a daring, if not impossible rescue mission.

D: Joe Begos
United States, 2015, 87 min
US Premiere
On the heels of his Fantastic Fest debut Almost Human, Joe Begos returns with a classic battle of good versus evil. A drifter with suppressed psychic powers must learn to unleash them to save the woman he loves.

D: A.D.Calvo
United States, 2015, 89 min
US Premiere
Mort, a lonely and disillusioned owner of a comic book shop, has fallen for his new employee Ellen, a smart, aspiring graphic novelist. A dark past and a missing girl, however, will complicate their story more than anyone can imagine.

D: Gareth Bryn
United Kingdom, 2015, 87 min
World Premiere
After their car is driven off the road and crashed into a river, a young couple on the run is taken in by a simple man living with his secrets in his isolated home. D: Jamie Dagg
Canada/Laos, 2015, 88 min
US Premiere
John, a volunteer doctor, finds himself on the run in a strange country when he tries to stop the rape of a drunk girl at the hands of an Australian man.

D: Bo Mikkelsen
Denmark, 2015, 85 min
World Premiere
An idyllic suburban summer is shattered with the outbreak of an unexplained disease. With residents forced into quarantine with no explanation, the situation quickly spirals out of control. D: Robert Eggers
Canada/United States, 2015, 90 min
Texas Premiere
Sixty years before the Salem witch trials, a Puritan moves his family away from civilization to a homestead which shares its borders with inescapable evil.

D: Takashi Miike
Japan, 2015, 115 min
Texas Premiere
After a yakuza vampire boss is struck down, his most loyal disciple takes it upon himself to avenge his mentor’s death and eliminate the assassins and their giant plush frog leader in Miike’s classic yakuza tale turned inside out.

D: Majid Al Ansari
United Arab Emirates, Jordan, 2015, 91 min
World Premiere
Talal wakes up in a cell with no memory of the night before with no I.D. and no escape. Nothing can prepare him, however, for the arrival of a brilliant psychopath and the games he wants to play.