From Leather to Chiffon With Nina Proctor

Costume designer talks season 2 of From Dusk Till Dawn: The Series

The universe that exists in Robert Rodriguez's From Dusk Till Dawn: The Series, which the filmmaker describes as a "dark, dangerous, crime world with a supernatural edge," is packed full of action, mystery, creepy culebras (ancient snakelike creatures who survive by drinking human blood), and some unforgettable costumes. 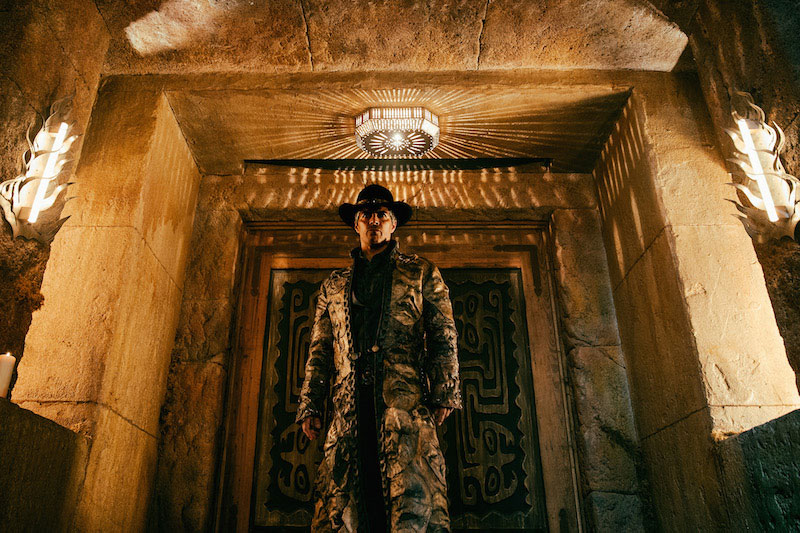 The mastermind behind Dusk's badass looks is Austin-based costume designer Nina Proctor, who has worked with Robert Rodriguez on over a dozen different projects, including Machete, Predators, and Planet Terror.

“In the first season, the actors have one or two costume changes and it happens over a period of 24 hours. This season, there’s lots and lots of days,” Proctor said. “Just in the first episode alone, Santánico (Eiza González) has seven changes. This is the first time the character has been out in the real world. For the first time in her life, she’s at a place where she can actually wear clothes. So it’s been fun dressing her.”

Just one of the many striking costumes that can be seen on Santánico is a hiked-up black petticoat with gold embroidery, which is a spin on the usual 1830s white cotton petticoat. Santánico's costumes bring plenty of popping colors to season 2, with a bright orange leather motorcycle jacket and a stunning turquoise robe. Proctor says that Santánico’s clothes are all about showing strength: "She’s dressed to kill, so to speak." 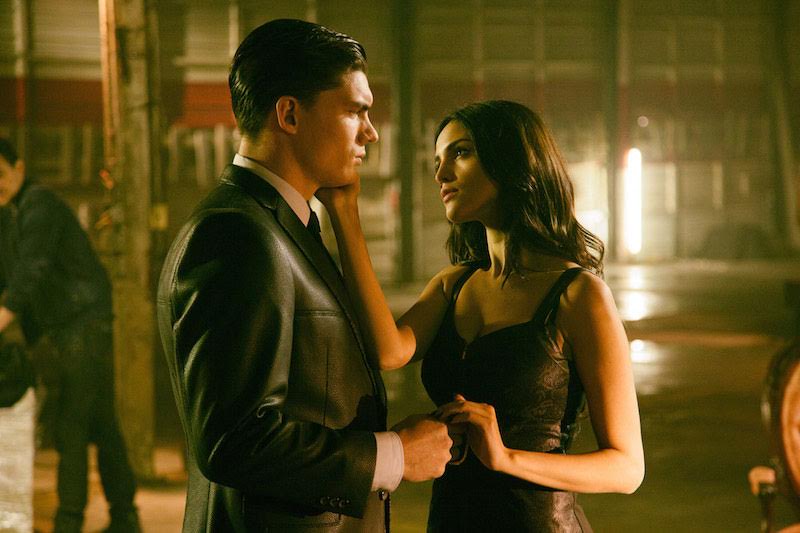 "My favorite Santánico look is the bondage outfit with the cape from episode 5," said Proctor. "I love the way the cape covers her. It’s lightweight, so it creates great movement and then there is this great reveal of the bondage outfit. It’s so sexy and strong."

Kate Fuller (Madison Davenport), the sweet teenage girl was last seen in season 1 wearing light colors and innocent fabrics – much different from the sort of costumes seen on Santánico. This season, Kate will be sporting slightly tougher, darker looks, according to Proctor. "I have picked out some almost combat-type boots, something that’s going to really ground her,” Proctor said. “She’s had enough of these vampires destroying her family, changing her life forever. But Kate is still the innocent one in this story, so I did not want to get too tough with her character."

One of the most challenging costumes featured in season 2, according to Proctor, is the coat worn by Lord Malvado (Esai Morales), which features 82 hand-molded, stained, textured, and polished faces made from leather. At times there were three technicians handling the coat, one person sewing and the other two maneuvering the coat, says Proctor. "Once the faces were completed, we could start the process of building the coat," said Proctor. "It was very important to me that the coat be completely tailored and wearable for the actor, and although the coat is very heavy, the weight was distributed in a way the actor could move and the coat had movement. All in all I believe it empowered the actor.”

"Each time I dress someone and watch that character come to life, whether it be a super villain or an innocent bystander, it excites me," says Proctor. Catch all the excitement tonight, as From Dusk Till Dawn season 2 premieres on the El Rey Network at 8pm.

Blanco Reopens
A state park comeback at the crossroads