While the Austin Film Festival's full slate of films and panels doesn't drop until mid-September, today they provided a preview by announcing 10 films to be screened at the fest known as "the writer's festival." 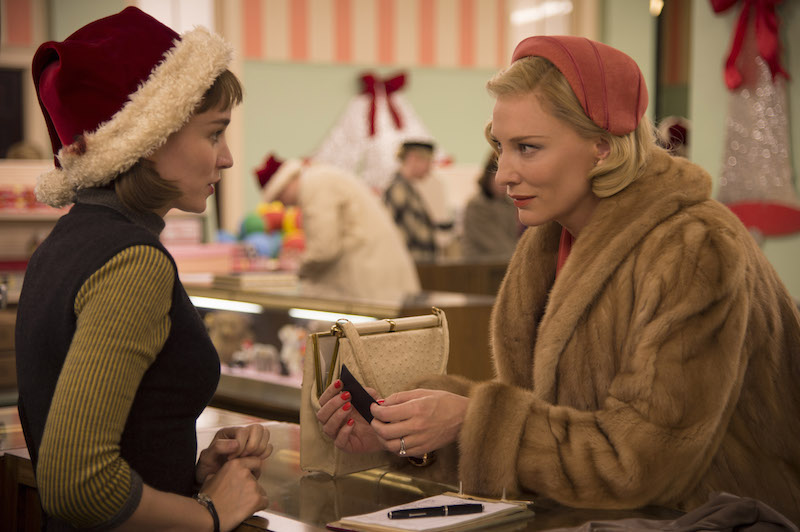 Included in the lineup is the Texas premiere of Todd Haynes' new film, Carol, starring Cate Blanchett, Rooney Mara, and Kyle Chandler. The film is based on Patricia Highsmith's novel, The Price of Salt. Can an English actor do justice to an American Country legend? We'll find out in I Saw the Light, the Hank Williams biopic starring Tom Hiddleston as the music icon and Elizabeth Olsen as his wife and duet partner. Multi-hyphenate James Franco will be attending the fest this year with the world premiere of Memoria. Directed by Vladamir de Fontenay and Nina Ljeti, the film is an adaptation of Franco's collection of short stories, Palo Alto, based on his high school experiences. Also in town this year will be director Jason Reitman, bringing his new Hulu comedy series Casual, which charts the dating life of a bachelor and his newly divorced sister. And making its Texas premiere is the new film from Paolo Sorrentino (This Must Be the Place), Youth, which sees Michael Caine and Harvey Keitel looking back on their lives in a secluded hotel in the Swiss Alps. On the local front, Austin filmmaker Andrew Shapter brings the world premiere of his haunting film The Teller and the Tale, about a bank teller gone missing in Seventies Smithville, Texas. See "Pause/Play," for a profile on Shapter. For the full announcement, see below.

Fallen Stars
World Premiere
Writer/Director: Brian Jett
A poignant drama that chronicles the unexpected friendship that develops between Cooper, a melancholy bartender who, at thirty-six, still isn't sure what he wants to do with his life, and Daisy, an extremely bright but socially awkward girl in her early twenties. In attendance: Writer/Director Brian Jett; Cast Ryan O’Nan, Michelle Ang; Producer Stephanie Marin.

I Saw the Light
Texas Premiere
Writer/Director: Marc Abraham
I Saw the Light tells the story of the iconic, tormented singer-songwriter who revolutionized country music with his raw charisma, haunting voice and original songs, most of which are considered American standards today and have been recorded many times over by pop, rock and country artists alike. Starring Tom Hiddleston, Elizabeth Olsen, David Krumholtz, and Bradley Whitford.

Newcomer
North American Premiere
Writer/Director: Kai Berry
When a rookie operative's mistake costs the lives of his entire team, he's forced on the run and must piece together the truth by re-creating the events of the ill-fated mission with only the audio recording to guide him. In attendance: Writer/Director Kai Berry; Cast Anthony LaPaglia.

Paperback
World Premiere
Writer/Director: Adam Bowers
A pizza cook who's never left his college town meets the girl of his dreams before finding out there's a huge roadblock to them being together. In attendance: Writer/Director Adam Bowers.