A girl. A boy. She's home, caring for her brother after their parents die. He's a feckless drifter, ready to break any heart. Ask star Bret Roberts to explain Appetites and he'll say, "This guy meets his match. This girl doesn't fall for his tricks." Only he's a serial killer, and she's a cannibal. 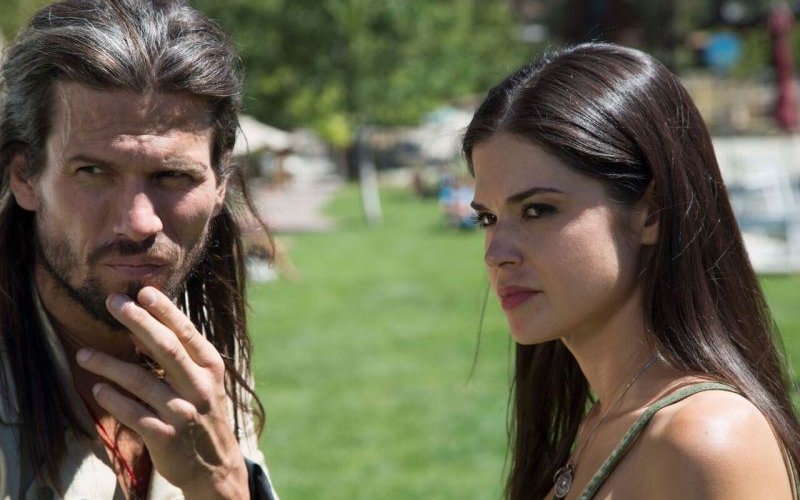 Appetites stars Roberts as John Doe, a charismatic seducer with an evil habit of butchering his dates. Then he meets Daisy (Lauren Parkinson), a bartender in rural nowhere who takes the butchery side literally, murdering locals and passers-through, then handing them over to her brother to serve up sizzling. Can these two crazy kids find true love, or will someone end up skewered?

Director Cameron Casey describes the story as a twisted kind of date movie. He said, "When you try to define what a romance is in the modern world today, it's a little hard to put your finger on it. I think this kind of romantic, dark comedy speaks to the new generation of people who are trying to navigate what relationships mean."

It's a change of pace and tone for the 20-year veteran of music videos, with credits for acts as diverse as Nate Dogg, LeAnn Rimes, Gravediggaz, Phil Collins, Ice Cube, and the Skatenigs. But it was actually his more recent experiences directing documentaries for TV that informed his approach, especially his 2013 documentary series on the Warlocks biker club for the Discovery Channel, Warlocks Rising. He spent a year with what he called "a real-life Sons of Anarchy." He said, "I was thrown into the Discovery machine. We were following these people's lives and crafting stories for episodes, and I really started to fall in love with this process."

This was also a chance for a kind of do-over from his first feature, 2011 stoner comedy Budz House. Originally conceived as half live action and half animation, the cartoon section was dumped when the producers ran out of money. Casey said, "With this slasher film, I wanted to create a world very much like a graphic novel."

Casey was, he admits, extremely cautious about treading into the horror realm. He said, "The gore community is a tough community. They have high expectations, and I respect that. I love movies, and if somebody takes a genre I love and doesn't do it well, it actually makes me angry."

The tone was a tough one, an extremely dark comedy. Parkinson said, "I took it pretty straight at first, and delved into the darkness of the character. Then after a while of playing with it, we found a little more variation."

She credits Roberts for helping her find the humor in the material, while he suggested it was already in the script. He said, "The best comedy is when you play it like a drama. The more serious we got, the funnier it kept getting. You've got to keep it serious when you're falling in love with a cannibal." 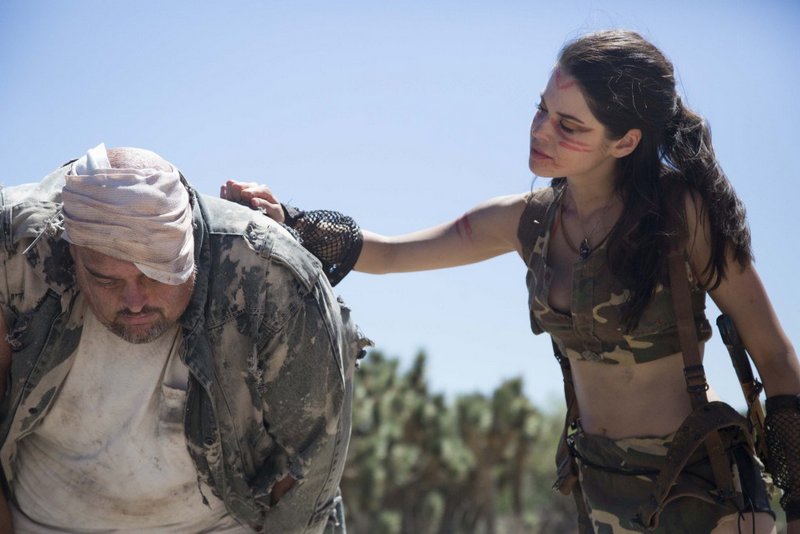 "Everyone has their bad qualities. She just has a little extra." Lauren Parkinson on loving sister and sometime-cannibal Daisy in Appetites.

What complicated matters was that Casey wasn't just trying to make a slasher film. He was trying to make two, and smash them together in the same narrative. For the sequences with Daisy and her brother Bubba (Scott Barrows), he said, "I wanted to craft this white-trash family life, but make it seem almost like an Americana family. I wanted their relationship to feel very light, with almost a Brady Bunch feel to it."

How does that mesh with the fact that Daisy and Bubba are eating people? Parkinson said, "Well, you know, everyone has their bad qualities. She just has a little extra." Her dialogue is often a monologue, as the mute Bubba communicates through grunts and gestures. "I've always been a bit of a talker," Parkinson said, but it's also at home where the real Daisy can shine, as she shares secrets with her sibling. "Who doesn't have an outside character that they don't show in public? I always get a little more quirky at home, and while we were filming, her true self comes out. Somebody you've been raised with, you have your own dialogue, and then you have to create an outside character that other people can relate to, and that clouds all that secret stuff."

Then there's the Southern-fried drifter horror of John Doe, who Casey described as "this traveling minstrel, who sings before and after he kills people. He elevates himself almost to this savior of souls."

By contrast to Casey, Roberts has a long history in horror, from his underground cult performance as Richard Ramirez in 2002's Nightstalker through possessed splatter comedy The Violent Kind, and the surprisingly cerebral Alyce Kills. He said, "A lot of people make serial killer movies - I've made a few - and I didn't really want to make another one." So it was the twisted romance of the piece that really attracted him. He said, "I saw this guy, and he thinks he's so cool, so I thought he thinks he has it all together, and meets this girl and falls flat on his face."

He tried to paint Doe as oddly sympathetic, and for that he drew on his own romantic experiences with a woman way out of his league. "Everything I could do, she could do better. She's amazing, so I had a first-hand experience of what that's like." And while making Doe as charming as possible ("He thinks he's Fred Astaire. He thinks he's Cary Grant."), Roberts never forgot that he's the kind of smooth-talker that, if he hits on you in a bar, you might want to Google. He said, "I felt like I was doing a prime example of what to look out for in the scumbags of the world."

Roberts also allowed Casey to turn John Doe's story into a murder ballad musical. When they first met, Casey said, "Bret showed up and he was carrying a guitar. Then while we were having lunch, he started playing the spoons on his knee." Turns out they'd hired a virtual one-man band, skilled on guitar, bass, saxophone, and – for one very important and bizarre scene – the spoons. The script was rewritten to allow Doe to provide his own twisted roots soundtrack, blending a mixture of Roberts' early material and new compositions like "Dark Days for Daisy." Casey said, "We just wound them and weaved them through this thing like a giant thread."

Appetites (Image Entertainment) is out on DVD and VOD now.