One in a Crowd: Trolls 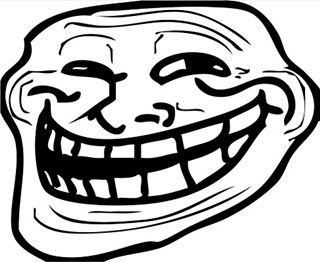 There's a bitter joke in technology: there are people who make and design and innovate, and then there are the people who make the money. New Austin comedy feature Trolls will show the former finally getting a little revenge on the latter.

Trolls reunites director Lex Lybrand with his Meet Me There star Lisa Friedrich, and adds Pat Dean and the New Movement Theater's Rob Gagnon to this tale of revenge among engineers. The story is set around Austin's tech start-up scene, where a team has developed the NeverCharge Battery for cellphones. It does exactly what it promises, and so out come the patent trolls, that special breed of opportunist that spend their time trying to get wealthy off other people's intellectual property. When the creators of the battery get on the wrong side of a bad legal decision, they fight back the only way they know how: by trolling the trolls.

Lybrand was inspired to write the story after comedian Adam Corrola fought back against Personal Audio when the firm tried to claim that it invented the concept of podcasts. It's a bigger project than anything he has done before, and so he has set an ambitious target of $75,000 for his third feature via its Indiegogo page.

That's a big jump from either Meet Me There or his debut Summer League, both of which were paid for through the crowdfunding platform, so Lybrand is hoping this will be the project that will help him jump from the micro-indies, and a story that will strike a nerve with tech-friendly Austinites.

Find out more about the project, and maybe throw some money in the production fund, at trollthetrolls.com.