One in a Crowd: King of the Roadies

Help crowdfund a film and support a backstage legend 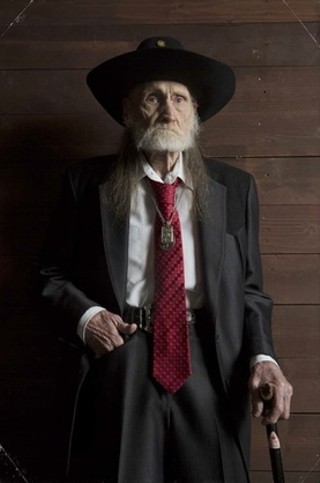 Been there, plugged in that: Ben Dorcy, the original roadie, as chronicled in upcoming documentary King of the Roadies.

Kris Kristofferson. Johnny Cash. Patsy Kline. Willie Nelson. They may have been on stage, but it was Ben Dorcy, the original roadie, that got them on there. Now Austin filmmakers Amy Nelson and Trevor Doyle Nelson wants to tell his story.

Actually, they've been getting ready to tell it for years. Dorcy's a family friend and, as Doyle Nelson explains, "I was 16 years old when Ben called me and asked me to make this film. He said, "I've seen you running around filming with your camera and I think you should use it to make a movie about me and my life." Being an eager young filmmaker, I said yes. I had no clue what was in store for the next decade of my life."

With Dorcy just celebrating his 90th birthday, Nelson and his collaborators are trying to get the documentary finished by the end of the year. That's a huge endeavor for an indie filmmaker, and it'll take a big budget. That's why they're trying to raise $100,000 through Kickstarter by June 1. With Just over three weeks to go, they're about a quarter of the way there.

Nelson has already shot a lot of footage, plus there is archival material, and interviews with musicians who have known and worked with Dorcy for decades (including Johnny Bush and Kinky Friedman). He's even secured narration by Dorcy's long-time friend and boss, Willie Nelson (how'd the director pull that off? Well, it helps that the redheaded stranger are the co-directors' father and great uncle respectively). This promises to be an insight into a figure who should be a legend, and a tribute to the backstage geniuses who keep the lights on, the bus running, the guitar tuned and the beers cold.

Find out more about Dorcy at www.kingoftheroadies.com, or you can back the project via its Kickstarter page.