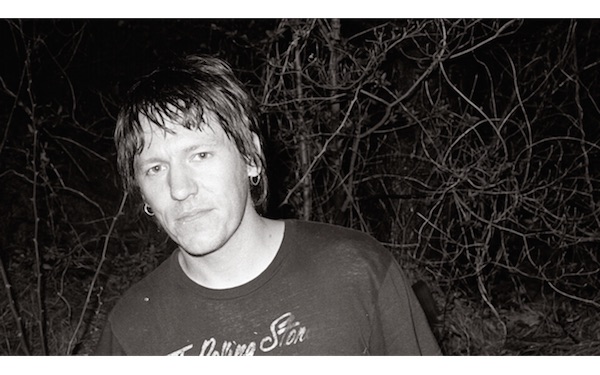 “I’m the wrong kind of person to be really big and famous,” conceded a visibly timid Smith during an interview at the film’s onset. It felt both sensational and somber to see the songwriter’s sheepish smile magnified onscreen. Monumental to any rockumentary’s palatability is its ability to license its subject’s original music. Fifteen minutes in, the singer’s stunning acoustic “Angeles” begins, as scenic aerial shots of his former Portland, Ore. stomping grounds flash. For many, that particular song marked Smith’s debut, via its use in Good Will Hunting. Also in the 1997 film was “Miss Misery,” for which Smith earned a Grammy nomination. Via interview audio, the singer jabbed his out-of-character performance at the 1998 Grammy Awards. “Who’s that guy in the white suit with the dirty hair?” he laughed. In most Heaven footage, alternately, he more readily sported a worn Willie Nelson T-shirt, its state of Texas outline prominent. Lots of legwork was dedicated to the Texas-bred musician’s pre-solo work. His Rip City rock band, Heatmiser, received generous screen time, as did general background on the Nineties’ PDX punk scene.

Tickets to Monday’s screening sold out within 24 hours of going on sale. Fans in attendance undoubtedly relished in simply seeing Smith onscreen again alongside his songs; Heaven, however, veered far from the intimacy, revelation, or delightful discomfort which marked Montage’s success. Twenty-one years since Cobain’s death and 12 years after Smith’s, it’s vital that any new in-depth study into either of their lives be just that – in-depth enough to introduce some new angle to a life already so publicly known. Rossi interviewed a range of subjects, including Smith’s former manager, publicist, band mates, and half-sister Ashley – a longtime Austin resident. Discussions didn’t dig too deeply, though; a brief on-camera interview with the songwriter’s former girlfriend, Joanna Bolme, left viewers particularly craving more uncharted insight. In documentary film, with explorative boldness comes poignancy.

Later, footage of a Paul Thomas Anderson-filmed studio session between Smith and famed composer/producer Jon Brion commenced the documentary’s outro. “He freaked me out as a musician,” Brion awed. “But that was the beginning of the end,” he recalled, citing Smith’s evident drug use during that candle-lit recording (watch it here). Although each source interviewed mentioned the songwriter’s sudden spiral into heavy drug use, they weren’t further probed for opinions or information on their friend’s state leading up to his death. After 100 minutes, the film wraps somewhat abruptly, as Smith’s stirring “Everything Means Nothing to Me” plays. Unearthed questions remain mystifying, as viewers are left with what’s always been the brilliant enigma’s most tangible output, his music.