Taking a Hard Look at the America's Next Cat Star Contestants

Which kitty superstar will reign supreme?

There are more kitty photos purr capita than ever before, thanks to smartphones and all of our fabulous photo-sharing apps (scienticians* posit that 78% of content on Instagram is cat-related). But if you thought there wasn't room on the Internet for another famous kitty, think again, because Animal Planet has found America's Next Cat Star. 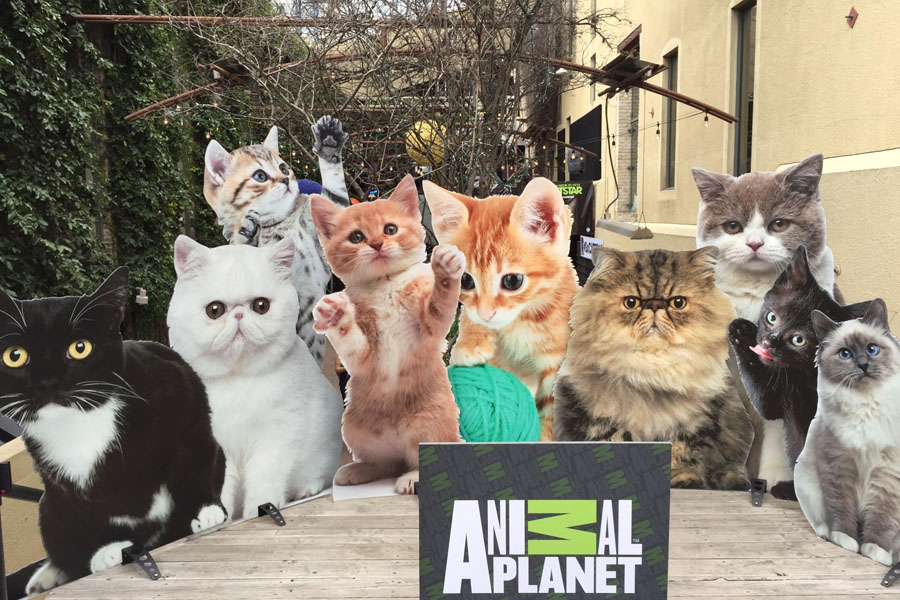 During South by Southwest, Animal Planet held a party featuring celebricat Lil Bub (check out the photo gallery to see what you missed). At the party, they announced the furry finalists of their talent search, who were judged using several different metrics, from "Most Photogenic," and the obligatory "Cutest," to the more esoteric category of "Outrageousness."

They had searched far and wide: from the litter boxes of Louisiana to the mousetraps of Montana; from the food bowls of Florida to the water bowls of Washington, and narrowed it down to the final five fur babies. And without further a-mew ... 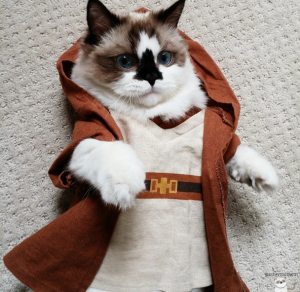 • Runt of the litter, hence the name
• Inspiration: Lil Bub

Albert has the most Instagram followers of any of the finalists, and his dapper style makes him a frontrunner, fashion-wise. He's one of the most photogenic, and isn't that what this is all about? However, although he clearly tolerates dress-up time, his eyes seem to betray a secret sadness, like so many cat calendar models - he's a bit too solemn for my taste.
Own a piece of Albert as a sandstone figurine at his website. 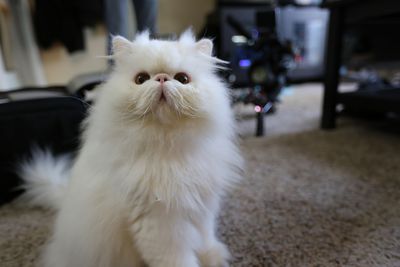 I've never been partial to Persians, and it seems that the Internet isn't, either: Brimley has the fewest followers of this group. To be fair, he is beautiful, and seems sweet, but our Next Cat Star should have personality and poise. Brimley is a rescue, and apparently, when found, they discovered his eyes were sewn shut. Now he's definitely a happy boy who loves to pose for photos. He resembles Wilford Brimley (his namesake), but no word on if he has diabeetus. 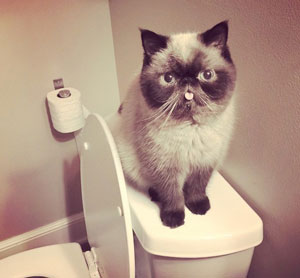 • Has a tipped tongue (meaning it sticks out)
• “His Instagram personality is more sarcastic.”

Der is fluffy, has an adorably short, fat, round tail, and he's got that tongue thing going for him. But Lil Bub he is not. Der is just different enough from Bub to make him his own kind of star. With striking blue eyes and a beautiful brown fluffy coat, he sure takes a pretty picture, but it remains to be seen whether Der has what it takes to go all the way. 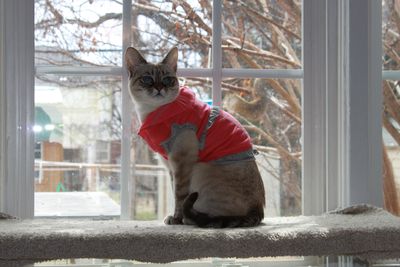 My money's on Sauerkraut for the win. Sauerkraut is the Grumpy of this competition – she even sees him “as a mentor,” according to her dad, Patrick Bender. Although Sauerkraut looks like a sourpuss, she is a happy girl who loves to play, as you can see in videos on her YouTube channel. Her heart murmur and hyperesthesia aren't keeping her down! She has a feminine fashion sense, donning mostly tutus and dresses with tons of flair, and looks paws-itively resplendent in pink. Sauerkraut has all the qualities Grumpy should have in a female counterpart: a quiet consternation, immeasurable memeability, and the patient purr-sona that a kitty who will get endless attention needs.
Sauerkraut T-shirts are available at her online store. 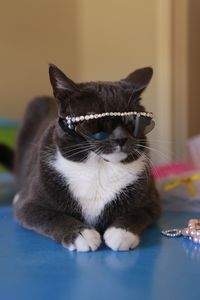 • Born without eyelids (HOLY SMOKES!), and after three surgeries, still has to wear sunglasses to protect her eyes
• Loves long walks on the beach and posing for photos with fans

My personal pick is Bagel. She may be the undercat, with less than a quarter of the Instagram followers that Albert has, and less than half the number of Sauerkraut's, but she has a hard-luck story and an impeccable fashion sense. Her bedazzled sunglasses and white faux-fur vest are the ensemble of a true diva. An aura of mystique surrounds this classy kitty as her fans wonder, “Who's behind those glasses?”
For some reason, this video of Bagel swinging at the park only has 1,125 views!?! Bagel's only drawback is that she doesn't have a strong web presence - presumably because she doesn't have pushy stage parents.

All of these fantastic felines deserve a shot at the spotlight, but there can be only one. (Side note: It's disappointing that nary a black cat is featured here – not even a tortie! Is it possible that even in our enlightened society, there is still a shroud of suspicion around black cats?)

Make your picks, and tune in on Caturday to find out which kitty takes home all the treats!

*not an actual word