Celebrate April showers with cinema's most iconic uses of rain

Every month, the Chronicle’s film critics select a theme and offer movie recommendations. Rain has been a staple of movies, whether it pours down in the innumerable kissing-in-the-rain moments, bouts of joy, or ultimate release. Here we celebrate a few of them. 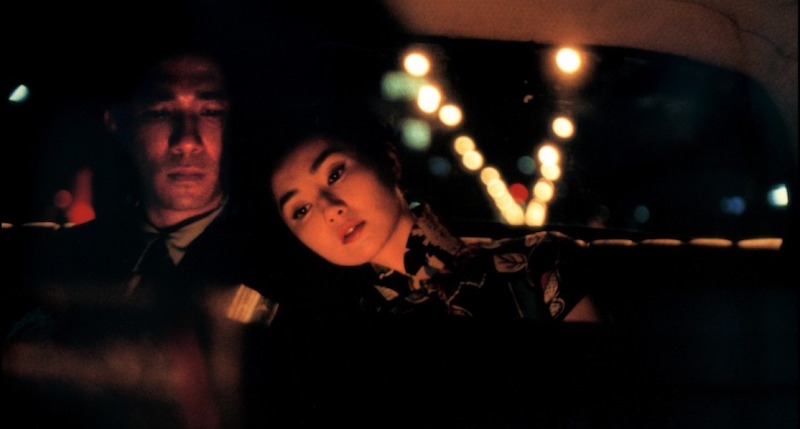 In Wong Kar-wai’s intoxicating, bittersweet love story of two neighbors whose spouses are having an affair with each other, it seems to rain at the most inopportune moments. Maggie Cheung and Tony Leung slowly circle each other in the stifling society of 1962 Hong Kong, their partners’ infidelity bringing them together. This is Wong firing on all cylinders, with lush cinematography, a gorgeous soundtrack, and a heartbreaking story you can’t turn away from. – Josh Kupecki

It rains so hard in this classic crime story set in the Florida Keys that the storm is technically a hurricane – which is the plot device that keeps a wheelchair-bound owner of a rundown hotel and his widowed daughter-in-law trapped in place when gangsters take over the joint. John Huston directs Humphrey Bogart and Lauren Bacall in their fourth and final film pairing, which also features powerhouse performances by Edward G. Robinson and Lionel Barrymore. – Marjorie Baumgarten

This pre-Code golden shower of sopping depravity and creepy religiosity is a doozy, even if star Joan Crawford hated it. Adapted from Somerset Maugham, Crawford plays a morally conflicted prostitute stranded in monsoon-season Pago Pago with an impotent missionary (Walter Huston), plenty of rum, and the increasingly nightmarish patter of raindrops on a forest of palm fronds. Says Crawford to Huston: “Oh, no, Mr. Davidson. Your God and me could never be shipmates.” Hallelujah! – Marc Savlov

Buckets of rain be damned, this Powell & Pressburger picture is a sunny romancer about a pragmatic young woman on her way to a loveless but lucrative marriage on a remote Scottish isle. Gale storms keep her stuck on the mainland, where she meets a charming naval officer at home on leave. They trade barbs in wet weather, then dry off just in time to swap longing looks. It’s perfection. – Kimberley Jones

Film, Key Largo, Rain, I Know Where I’m Going!, In the Mood for Love, Chronicle Recommends