Children of Giant tells new stories about the film classic

Sixty years after Giant filmed in Marfa, Texas, and went on to become a great American classic, you might think that few stories remain untold about this celebrated movie. But then again, you’re not Austin documentarian Hector Galán, whose Children of Giant debuts tonight on the PBS series Voces. 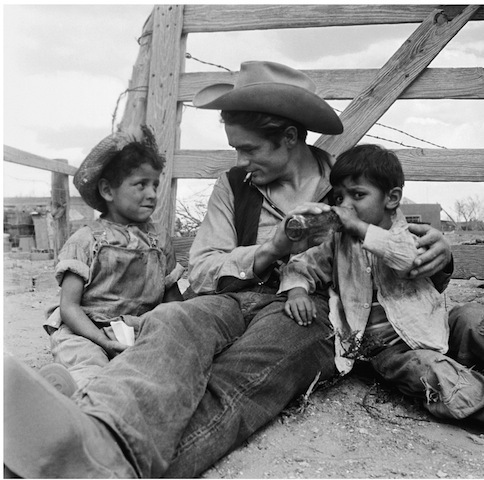 James Dean on the set of Giant

The multi-Oscar winner, including one for Best Picture, stars Rock Hudson, Elizabeth Taylor, James Dean (in his last screen performance), and was directed by George Stevens, based on the novel by Edna Ferber. Co-stars include Mercedes McCambridge, Dennis Hopper, Sal Mineo, Earl Holliman, Elsa Cárdenas, and Carroll Baker. A sprawling multigenerational drama uses the backdrop of the wide expanse of western Texas ranch land in telling its story about the best and worst of the American psyche. The film addresses our country’s ugly underbelly of oil profiteering, sexism, and racism, albeit in its Southwestern mode directed toward Mexican-Americans rather than the more familiar Northern mode directed by whites against blacks, which had already been creeping into American storytelling. 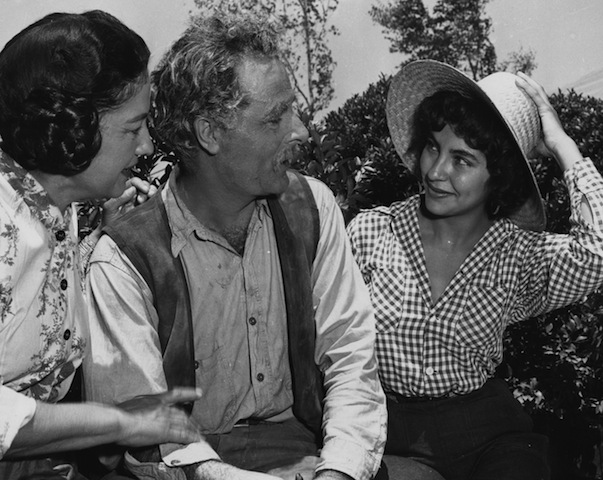 Galán speaks with many Marfa residents who were just children at the time this big Hollywood movie came to town. Just like George Stevens and Edna Ferber, Galán reveals some of the stories, positive and negative, that have been left out of the official canon.

There’s the story a man recalls the filmmakers paying the children for collecting tumbleweeds for the crew to use in the film’s big dust storm sequence. Memories abound regarding the differences between the slight racism experienced by Mexican Americans who worked on the ranches versus their more cutting experiences with racism when in town. Elsa Cárdenas, who played the wife of Dennis Hopper, remembers her separate accommodations from the rest of the crew and other slights she experienced as a young woman off the set. And a significant segment is devoted to the racism experienced by Marfa schoolchildren attending the Blackwell School, who were made to literally bury Spanish words in a racist effort to altogether eradicate their usage of the Spanish language. 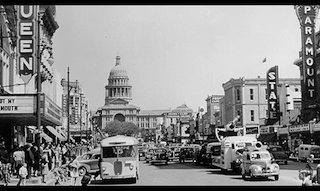 Included among speakers that will be familiar to many Austin viewers are UT Professor Charles Ramirez Berg and Austin Film Society Director of Programming Chale Nafus. Voces is the Latino Public Broadcasting series on arts and culture series shown weekly on PBS. Children of Giant airs tonight at 9pm CST. 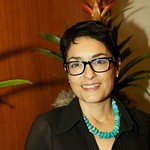