One in a Crowd: Raymond Lewis: L.A. Legend

For anyone who was paying attention to Austin filmmaking last decade, Ryan Polomski is a familiar name. Now he's in Los Angeles, working on a documentary about one of the lost greats of the city's basketball history. 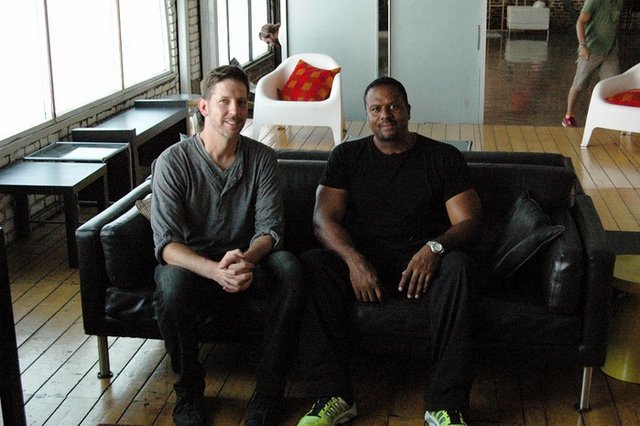 Ryan Polomski and Dean Prator, looking to tell the lost story of a basketball great in Raymond Lewis: L.A. Legend

With his 2003 short debut Made by Hand: Three Stories From Guatemala, and his 2006 feature follow-up, the SXSW award-winning investigation into the state's flawed capital murder case against Rodney Reed State. vs. Reed, he established a reputation as one of the city's most promising documentarians.

His latest project examines the woulda, coulda, shoulda life of Raymond Lewis, the kid from Watts who dominated the basketball court in high school and college, before playing hardball with the NBA and losing badly.

Even though Polomski resides in the City of Angels now, there are still local connections to the Lone Star State, with No No: A Dockumentary producer Mike Blizzard and Trash Dance director Andrew Garrison both serving as advisers on the project.

Polomski and producer Dean Prator have already interviewed such significant figures as Lewis' team mate Dwight Slaughter, former NBA All-Star Reggie Theus, and Hall of Fame coach Jerry Tarkanian, who called Lewis the greatest player he ever saw. They're now trying to raise $45,000 to finalize more interviews with such major sporting names as Kareem Abdul-Jabbar and Joe "Jellybean" Bryant. It will also cover extra shoots at Raymond's high school Verbum Dei and Cal State Los Angeles, plus new animation, rights to archival footage, and the prep of a rough cut for January 2016 (just in time for festival season, natch).

Find out more about Lewis' impact on the sport he could have dominated at www.raymondlewis.com, or just head straight over to their Kickstarter page.