DVDanger: Digging Up the Marrow

If indie horror was Game of Thrones, Adam Green makes as strong a case for the iron throne as anyone. His latest, Digging Up the Marrow, is one more claim to the crown.

With Green's beloved retro-gore franchise Hatchet, the beloved horror-comedy series Holliston, the critically acclaimed cerebral shocker Spiral, and his long-running Movie Crypt podcast recorded with friend and fellow director Joe Lynch, the founder of Ariescope Studios has undoubtedly placed his bloody thumbprint on the scene. But the Massachusetts-born, L.A. resident's long-gestating feature carries an extra bittersweetness amid its victory. 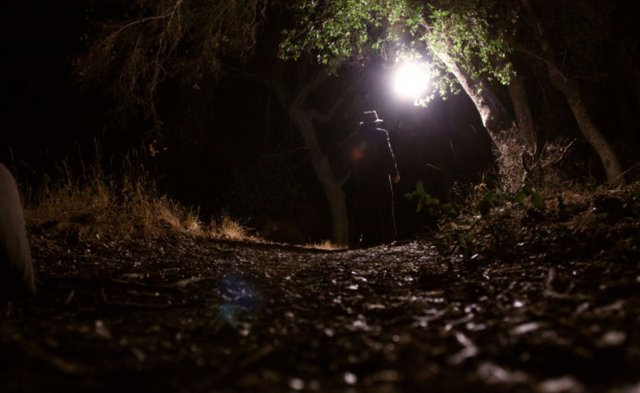 Into the woods with Ray Wise for Digging Up the Marrow, the new documentary-style horror from Adam Green

Green takes pride in never visiting the same well twice, so Digging Up the Marrow marks yet another change in tone. When he first started shooting in 2010, people thought he was making a documentary, and that was a deliberate deception. He said, "We just kept telling people that we were making a movie about monster art, so they wouldn't care." That air of ambiguity was important for him. "The less you know going into it, the better. If people had known for years who the cast was, or what the premise was, or asked for set visits or stills, I think it would ruin the film for the audience." However, now that it's time for press and promotion, people are inevitably talking about what the marrow is, and why someone wants to disinter it. While he's not interested in committing commercial suicide by not promoting his film, he said, "At least it didn't get ruined until right before the movie came out."

What Green has actually created is an evolution of the fake-documentary format. It's definitely not found footage, not that Green has any issue with the format. He said, "It all comes down to storytelling. The problem with found footage is that it became a means to get something made, even if the story wasn't conducive to that format. You look at The Blair Witch Project or Paranormal Activity, and it made sense. There was a reason it was done that way. But now you start hearing about scripts that weren't written to be found footage, and you have these brilliant producers who say, well, instead of a real budget, what if we give you 10 bucks, and you did it found footage?"

The inspiration came in two parts. First were the Ariescope fans. There's a scene at the beginning in which Green talks to them about their love of his work. It may seem like self-indulgent, but there's also a dark side. Take the fan who claimed that Victor Crowley, the ghostly slasher of the Hatchet franchise, was real (that's not so unusual: there are still people who will swear on their mother's grave that The Texas Chain Saw Massacre actually happened). Green said, "He said I'd fucked it all up, and I didn't tell it right, and there were pictures with areas circled in the swamps. 'In the movie, you have them in Honey Island Swamp, and Victor Crowley's nowhere near there, he's over here.' I looked at the guys and said, let's grab a camera and go to New Orleans and interview this guy and have him prove it." Fortunately, saner heads in the office prevailed." [Cinematographer] Will Barratt said, 'What happens when this guy Deliverances you out in the swamp?' and I thought, let's not do this."

Then there were the horror artists featured, like Sam Keith and Jason Edmiston. Green said, "All those guys have influenced me. I'm fans of all their work, and even in my edit suite I have their stuff hanging up." That influence came to a head the week after the NoLa trip was abandoned: Green was at a Fangoria weekend when some random guy gave him a pamphlet of original art called Digging Up the Marrow. "I'm looking at it, and he said, 'I just wanted to give you this and thank you for all your inspiration.'" Turns out it was respected horror artist Alex Pardee, and Green became fascinated by the world he had created. "Alex is attracted to things that aren't right. If you look at the monsters that he draws, bone structures are not in the right places, and weight distribution doesn't really make sense."

So fusing the idea of looking for the truth behind a myth, and putting Pardee's work on the big screen, the filmmaker entered the marrow.

When Digging Up the Marrow star Ray Wise (left) called actor/director/writer Adam Green and said he was a fan of his film Spiral, "Right there, I loved him," said Green.

That's the name that bizarre obsessive William Decker (Twin Peaks' Ray Wise) gives to the underground metropolis he is convinced houses all the deformed and rejected children who disappear from above ground. This was when Green realized how much of a nightmare Pardee's unreal creations would be. "Making it look like it was on a meager budget, and actually doing it on a meager budget were two very different things," he said. "We were going to make monsters that look just like Alex's artwork, so we would have a completely original monster movie with things you had never seen before. Then, in starting to talk with the makeup effects guy, they went, we're going to take so much time and so much money to do this."

However, he quickly found that his team leaped at the chance to avoid severed limbs and oozing guys in favor of something "a little more Henson-feeling." He had nothing but praise for his staff, especially chief sculptor Greg Aronowitz: "He just made the sculpts absolutely faithful to every line of Alex's work."

It was the humans who caused the most unexpected additions and shake-ups to the production. Just as Green plays Green, many of the Ariescope regulars play themselves, as well as cameos by horror icons like actor Kane Hodder, and directors Don Coscarelli (Phantasm, Bubba Ho-Tep, John Dies at the End) and Mick Garris (The Stand, Bag of Bones, Masters of Horror). "It wasn't going to be a fake director with fake friends and fake movie posters on the wall, and fake actor friends, and fake fans. It makes it very real."

But it's still a drama, and that's why Green was so happy to get Wise, whom he considers one of the most underrated and underused actors in Hollywood. As for having the instantly recognizable actor in the middle of a documentary format, Green's work invokes the famous tag line from The Last House on the Left: Just keep telling yourself, it's only a movie. "One producer said, 'Your biggest mistake was casting Ray Wise.' I said, 'Are you kidding?; he's amazing.' He said, 'I know, it's the best I've ever seen him, but the moment I saw him, it took me out, and I knew it wasn't real.' He's standing there, all smug and proud, and I say, 'All right, so nine minutes later, when a monster showed up, you were still going to think it was real?'"

He admits it was a little intimidating being onscreen with Wise. It's not the first time Green has acted: In fact, he started as a performer. Nor is it the first time he has played a version of himself (Holliston is based directly on his early days as a struggling, broke, cable-access dreamer). But he was truly shocked when Wise reached out to him. "This is a guy who, right now, this week, he's on four different television series, and he's in six films in production. He is not pounding the pavement for work." However, he was a big fan of Spiral: "Right there, I loved him," said Green. "Nobody has seen Spiral. We think it's artistically one of our biggest achievements, but it got released four months after Hatchet, and got buried in Victor Crowley's shadow."

So, out of the blue, Wise called Green and said he wanted to work with him. "He said, 'I'm always playing the president or the lawyer or the dad, and you get character and story. That's what I want to do.'" 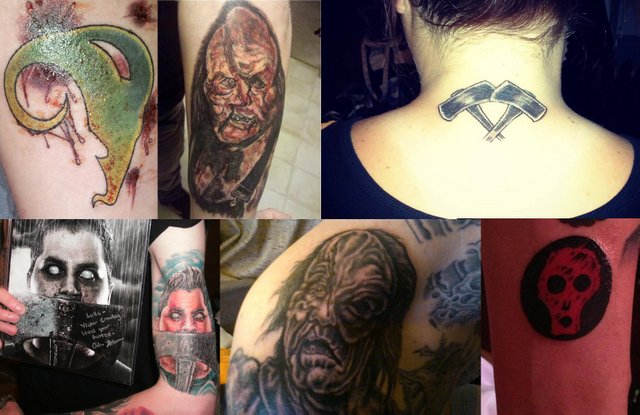 "They would send things to the office – candy, cards, flowers – just saying I hope you're OK. That's remarkable, and not a lot of people have that." Adam Green on the love of the Ariescope fan community. (Image courtesy of Ariescope)

Then reality came crashing in with two deeply personal losses for Green: the death of longtime friend and Holliston costar Dave Brockie, aka Oderus Urungus from Gwar, and Green's divorce from his wife Rileah Vanderbilt. Both losses meant something different: It was literally the last shot of Brockie that Green ever filmed, while Vanderbilt was in several pivotal scenes. Green said, "I wanted to reopen the cut, and everyone went, 'Dude, those scenes are in there because of the exposition. Now you will have to shoot something else supercontrived just to get that information across. Don't do this.'"

As for Brockie, it wasn't just his inclusion that affected Green, but what he said: "After I'm dead, I'll be a dead monster." Green admits he wanted to cut it from the film, but like canceling the Victor Crowley boat tour, "Everyone had to talk me down and say, 'This is the last recorded thing of him. Why would you rob his fans of that? That's Dave being Dave. He was always saying things like that. Just because it's uncomfortable for you, you can't take it out of the movie because of your comfort level. It's not your movie anymore.'"

Green still expresses a deep debt to the Ariescope family who talked him off that creative ledge. But he also found real solace in the same fan base that had inspired the movie. As he grieved, he said, "They kept their distance, and they wouldn't ask, but they would send things to the office – candy, cards, flowers – just saying I hope you're OK. That's remarkable, and not a lot of people have that."

Digging Up the Marrow (Image) is available on DVD and Blu-ray now.

More Digging Up the Marrow