In the continuing adventures of No Rest for the Weary (a club to which most Austin residents have pledged lifetime fealty), Cine Las Americas has announced the closing night film for its annual festival set to take place April 22-26.

Cine Las Americas’ 18th annual festival gets underway in less than a month. It’s a showcase for films from the U.S., Canada, Latin America (North Central, South America, and the Caribbean), and the Iberian Peninsula. The complete schedule should drop in another week or so. In the meantime, we have this teaser about the closing-night film Mr. Kaplan. The Uruguayan film is directed by Álvaro Brechner, whose film Bad Day to Go Fishing (Mal Dia Para Pescar), took home two awards at the 2010 Cine Las Americas Film Festival, including Audience Award for First Feature and the Jury Award. Mr. Kaplan’s plot is loosely inspired by the story of the filmmaker’s own grandfather. It’s a comedy and drama about an elderly Jewish man who has built a quiet life for himself in Uruguay after fleeing from Europe during World War II, but is now convinced that he’s discovered a Nazi in hiding and plans to expose him. Find out more about the fest at cinelasamericas.org.

News arrived this week via the trades that local author Ernie Cline’s novel Ready Player One has been nabbed by none other than Steven Spielberg to make as his next film project after he wraps work on The BFG (which is based on a Roald Dahl novel). Ready Player One is set in a virtual world called Oasis in which a teenager competes to win a game against ruthless foes. Spielberg obviously has good taste in authors, and we send our congratulations to Cline, about whose book you can read more about at “The Geek Shall Inherit the Earth (Aug. 19, 2011).”

In addition to the news we published earlier this week about the upcoming ATX Television Festival in June and the CineMarfa festival in May, the Dallas International Film Festival is gets underway on April 9. Director John Landis and actress Blythe Danner (aka Gwyneth’s mom) are scheduled for appearances to receive Dallas Star Awards, and L.M. Kit Carson will be honored posthumously. His son Hunter Carson will accept the award. Carson was the founder in 1970 of the USA Film Festival in Dallas, which was established years before Sundance to showcase American independent film and was a precursor to DIFF. Carson’s legend was also heralded at the Texas Film Awards and SXSW Film and you can read more about him at “L.M. Kit Carson: Film Frontiersman.” 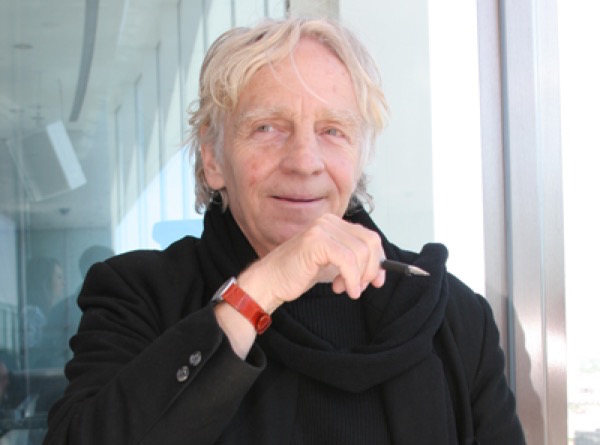 Check out some local faces on TV this weekend. Robert Rodriquez continues with his engaging, hourlong program, The Director’s Chair” on his El Rey Network. His interview subject is Luis Valdez (Zoot Suit, La Bamba), and the show premieres on Sunday, March 29, at 7pm, and will be followed by an El Rey broadcast of the Ritchie Valens story La Bamba. Previous interviewees have included Rodriguez pals John Carpenter, Francis Ford Coppola, Guillermo del Toro, and Quentin Tarantino, but Rodriguez does his homework and the interviews provide revealing glimpses of the directors commenting on their own work. And of course, on Saturday, March 28, the night before, don’t forget about KLRQ’s weekly Q Night at the Movies programming. This Saturday’s lineup begins at 6pm with the award-winning, locally produced series Arts in Context, Variety’s Actors on Actors series continues at 7pm, followed by the Austin Film Festival’s weekly On Story program, a feature film (this week’s it’s Mutiny on the Bounty with Clark Gable and Charles Laughton), then Ain’t It Cool With Harry Knowles at 10:15pm, and Film School Rejects, a program of short films, at 10:45pm. 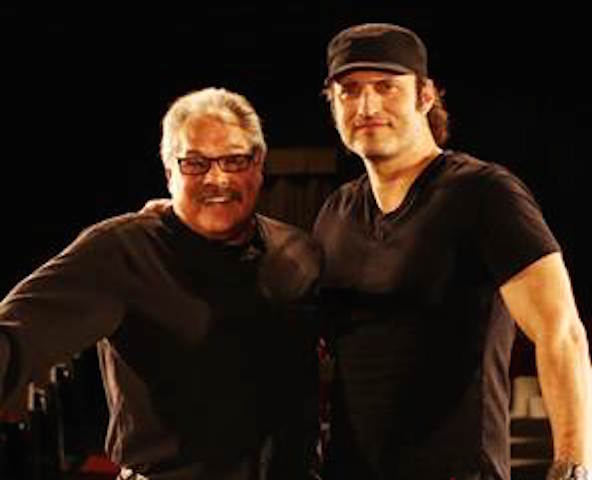 Speaking of the Austin Film Festival, the organization is running a very timely series next week: Growing Up Baumbach: A Tribute to Noah Baumbach, whose While We’re Young is scheduled to open in Austin on April 10. The four-day marathon kicks off on Monday, March 30 with The Squid and the Whale, followed by Kicking and Screaming on Tuesday, March 31, and Frances Ha on Wednesday, April 1. All three films screen in the Spirit Theatre in the Bob Bullock Museum, and a sneak preview of While We’re Young is set for Thursday, April 2. See www.austinfilmfestival.com for ticket info. 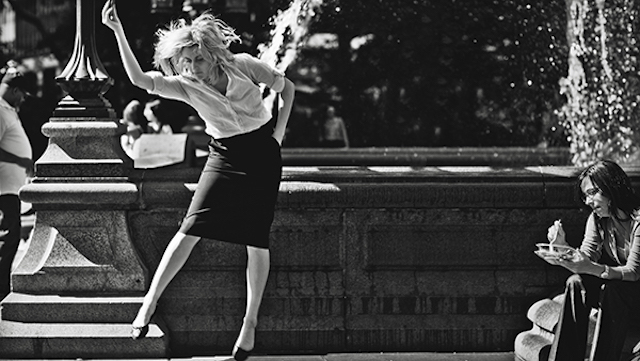