Sci-fi in an out-of-this-world setting

It’s a long trip from Austin to Marfa, but the lineup of CineMarfa 2015 ventures even farther: There’s a nifty space theme running throughout this year’s programming. 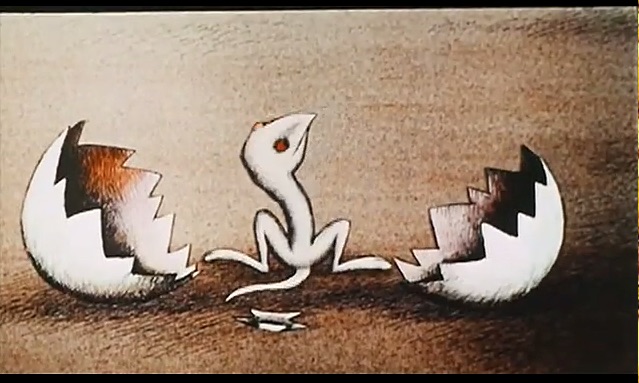 Highlights at this year's film festival include retrospective screenings of 1962’s Creation of the Humanoids, 1972’s Sun Ra sci-fi Space Is the Place, and 1973’s Fantastic Planet; a new doc on Alien designer H.R. Giger; and a collection of Transformers: Age of Extinction-inspired experimental shorts programmed by Ekrem Serdar of Austin's Experimental Response Cinema. Not space-y, but also worth noting: The Jonathan Demme-curated Made in Texas program, which just premiered at SXSW, will get another showing in Marfa, hosted by co-director (and Chronicle editor) Louis Black.

The festival is free and runs May 7-10 in the Far West artist enclave of Marfa, Texas. See below for the official CineMarfa press release and complete lineup.

The CineMarfa Film Festival returns to Marfa for its fifth continuous year of innovative film programming. The free film festival will be held May 7-10, 2015 in Marfa, Texas.

This year's program focuses on science fiction and explores cultural concepts about outer space and the cosmos.

Louis Black will present MADE IN TEXAS, a compilation of films curated by Jonathan Demme featuring the early 80s work of underground Austin filmmakers including David Boone, Ed Lowry, and other important pioneers of the Austin film scene.

Detroit-based artist Scott Reeder will be in attendance for the Texas Premiere of his critically acclaimed film MOON DUST (2014), a dystopian comedy about a resort on the moon that was 10 years in the making.

John Corbett of Corbett Vs. Dempsey gallery and record label and editor of the book Sun Ra, the Astro Black and other Solar Myths will introduce a screening of Sun Ra's avant-garde sf/blaxplo SPACE IS THE PLACE (1974) along with a selection of rare Afro-futurist shorts.

Thomas Beard, Founder and Director of Light Industry in Brooklyn, will present Wesley Barry's classic sf film CREATION OF THE HUMANOIDS (1962) - a film reported to be Andy Warhol's favorite movie of all time.

Ekrem Serdar of Austin's Experimental Response Cinema will bring a program of new experimental shorts inspired by the Transformers, AGE OF EXTINCTION: Films for Transformers.

Other programs include: Aleksai German's epic HARD TO BE A GOD (2013), Houston based artists Peter Lucas and Camilo Gonzalez'program ONE SMALL STEP (2015) , Lizzie Borden's feminist speculative docudrama BORN IN FLAMES (1983), Andrei Ujica's documentary about the MIR space station OUT OF THE PRESENT (1996), Tim Grabham and Jasper Sharp's award-winning "real life science fiction" doc about slime mold THE CREEPING GARDEN (2014), and a number of films made by Marfa-based artists.

All festival screenings and events are offered free of charge. A complete schedule, information on reservations and program archives can be found at www.cinemarfa.org in the coming weeks.

Founded in 2011, CineMarfa is a non-profit organization devoted to supporting local and visiting filmmakers, sponsoring year-round film screenings, providing educational opportunities for local youth and adults to make and present films, and producing the CineMarfa festival annually. CineMarfa offers a unique opportunity to make, present and experience film, unifying acclaimed artists and up-and-coming filmmakers, as well as residents and visitors alike, to celebrate the art and culture of filmmaking in Far West Texas.