What if you had an identical twin you didn't know about – until now? 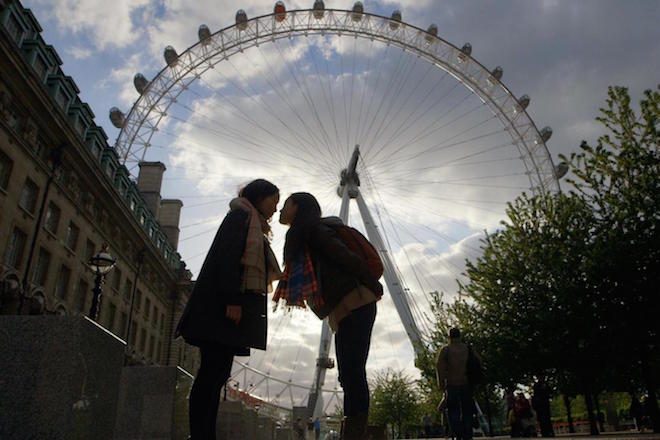 So here's Samantha Futerman, an L.A.-based actor and a Korean American adoptee, who's seen on YouTube by some guy in France who freaks out a bit, because this Futerman looks exactly – no, exactly – like his friend Anais Bordier, who's French but also a Korean adoptee. Bonus: The two women have the same birthdate. And so Bordier emails Futerman and, quicker than you can say "The Parent Trap," the two of them start emailing and chatting online and wondering if it's possible: Could they be identical twins, separated by the circumstances of adoption while still babies?

Don't really need to have a Spoiler Alert here – yes, it turns out, they are twins, and besides, they’ve already written a book about it – because the delightfulness of the initial discovery and what ensues after connecting, and the way in which all this is captured and presented, is much more powerful, more enjoyable, than any cliffhanger tease. Futerman began documenting the relationship and the sisters’ sleuthing from the get-go, and she and co-director Ryan Miyamoto (abetted by editor Jeff Consiglio, who won a special jury award at Monday night's awards ceremony) construct the whole giddy, emotion-fraught journey with chat logs and Skype sessions and much live footage of the twins’ first and subsequent meetings and beyond.

Verdict: You want a feel-good movie, you don’t have to rely on fiction to conjure it; the thoroughly wired reality of Twinsters will leave you grinning.