A group of children show off their handmade clay figurines adorned with tiny flowers picked nearby, replicas of items they know well: a cooking pot, a horse, an airplane, and a rocket-propelled grenade. 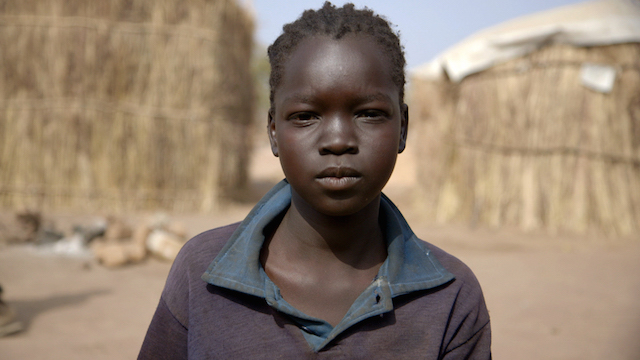 Beautiful wide shots of the territory slowly unfold a story of the people living inside the war in Sudan’s Nuba Mountains. Those who survived the trip to the Yida refugee camp of South Sudan walked for days with no food or water, fleeing the starvation warfare and frequent air-raid bombings conducted by their government, intended to scorch land and eradicate life. Traumatized civilians and a weary, hodgepodge rebel army – Sudan Peoples’ Liberation Movement (SPLM) – have been strategically pitted against family and neighbors, many having joined Omar Bashir’s troops in desperation. Madina just want to go home.

An inherently crushing subject, this humanitarian crisis, magnified even since this filming, is presented with such care and curiosity that, although heart-wrenching, Madina’s Dream isn't depressing. The film is lovely, actually. Andrew Berends’ unprecedented access to both rebel fighters and civilians (the opposition is not filmed) combines with his sharp eye for contrast, resulting in a powerful cinematic poem. Berends and his team interweave well-placed music, interviews, action, and palpable emotion with brilliant footage of yin-and-yang details – mortar shell explosions and tree leaves, foxholes and babies – to share a narrative of real life that is both horrific and remarkably inspiring.