Writer/director Alison Bagdall has been experimenting with tone in indie film since her screenplay for Buffalo ‘66 in 1998; her most recent feature, The Dish & the Spoon, premiered at SXSW in 2011. She's back in 2015 with Funny Bunny. 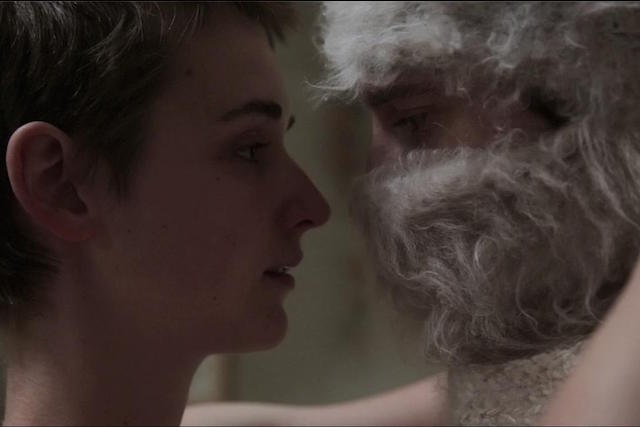 This latest is a three-hander about a webcam girl who hates to be touched (Joslyn Jensen) and two well-meaning male admirers who consummate their complex bond through her. One of the men is Titty (Olly Alexander), a teenager who, when we meet him, lives alone in a giant unfurnished mansion. “My dad stole my inheritance, so I sued him,” he explains. He’s not the only character in Funny Bunny without a job.

Like a lo-fi early Wes Anderson, Bagnall explores the delicate inner lives of children of privilege and the activities they find to stave off boredom – in this case, acting like animals, knitting, radical politics, and breast-centric erotic games. The third character, Eugene, is the most grounded in comedy. Actor Kentucker Audley (who also makes his own movies) convincingly inhabits the sort of guy who has to be dragged off his ex-wife’s couch, clutching his blanket and pillow, by her new boyfriend. All three lead performances convincingly capture the trauma of abandonment and mistreatment by family members. For the film’s 85-minute duration, we get to join them in forming a new, gentler family of misfits.