A whip-smart comedy with shades of Black Mirror

Centering on the lives and loves of a handful of Brooklynites in the near future, Benjamin Dickinson’s second feature is a whip-smart comedy that digs into the notion of how desire mixed with technology can turn people into vain, emotionally isolated assholes. 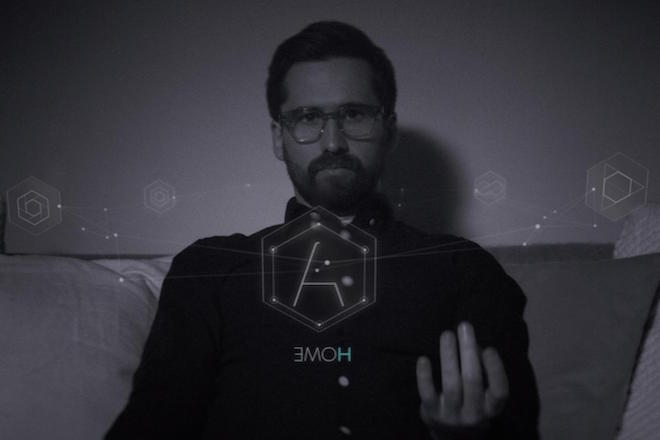 David (Dickinson) is a beleaguered ad exec working on a new marketing campaign for Augmenta (think Google Glass meets Oculus Rift). Endlessly popping pills emblazoned with mathematical symbols denoting their effect, his relationship with his yoga instructor girlfriend Juliette (Nora Zehetner) has grown strained and he is beginning to become jealous of his best friend Wim (Dan Gill), a supremely narcissistic fashion photographer. Or, more to the point, David has become obsessed with Wim’s girlfriend Sophie (Alexia Rasmussen) – so much so that he re-creates her as an avatar in the virtual world of Augmenta. As he succumbs to his virtual fantasies, his life falls apart around him.

If this sounds like an episode of Charlie Brooker’s Black Mirror, you’re not far off. Creative Control has a knowing, caustic wit, and it’s not afraid to go to pitch-black places. There’s no one to root for, and that is a good thing. It’s to their skill that Dickinson, with co-writer Micah Bloomberg, have you laughing all the way through, and then deftly take it away in the final scene. This is a look at contemporary alienation you won’t soon forget.