Swedish doc looks into the war between wheels

Anyone who lives in Austin can tell you that the theory that cars provide speed and freedom is an illusion. 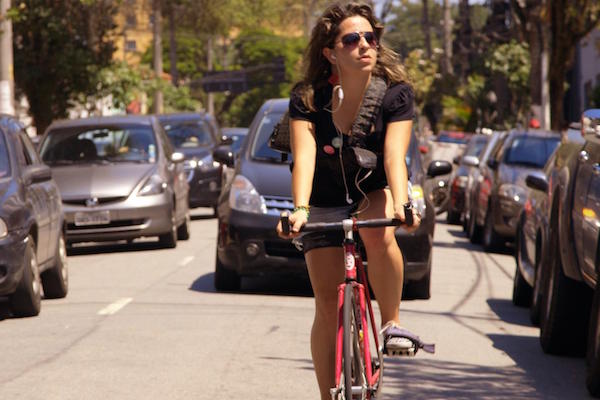 In cities, cars don’t liberate you; they get you stuck – for hours and days and weeks and years and decades, all that time adding up, lives slowly draining away in traffic jams and a sea of fumes. For the heroes of Bikes vs. Cars, there is another way. Cities just need to go back to the glory days when bikes ruled the roads and personal transportation wasn’t a synonym for paralyzing stress and environmental degradation.

To explore the eternal struggle between cars and bikes, Swedish director Fredrik Gertten traveled around the world – from São Paulo, Brazil, where there are 7 million registered automobiles, to Copenhagen, where, in the words of one frustrated cab driver, bicyclists are “like insects, swarming everywhere.” Everywhere Gertten went he saw the same thing: bicyclists trying to get a little piece of the pie in the face of a never-ending upward trajectory of car ownership and the overwhelming political and economic influence of the automobile industry. Think of it as David and Goliath on wheels.