One in a Crowd: Jungle Trap

VHS madness needs a little help to get on tape 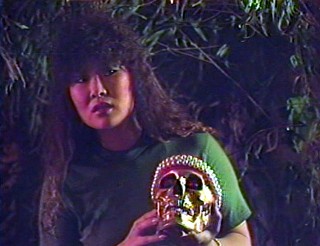 "Really? You guys want to unleash Jungle Trap on an unsuspecting audience? Cool."

The VHS era was a glorious cavalcade of low-budget debauchery and untrammeled indie idiocy. Sadly, many of those 90-minute slabs of strangeness are disappearing, with no studio to save them from the gutter from whence the came. But the brave fools of Bleeding Skull! Video are hoping to resurrect the era, one tape at a time.

Their latest restoration is more of a first release. James Bryan, along with his longtime fellow film terrorist Renee Harmon, was one of the lead maniacs of the direct-to-video era. He churned out 11 homemade crazies between 1980 and 1987 alone, with psychoslasher Don't Go in the Woods and gonzo beat-’em-up Lady Street Fighter still holding a special place in many hearts. Yet even he could not evade the end of the mom-and-pop video store, and so his final project, Jungle Trap, was left incomplete. Decades after he finished filming, the Bleeding Skull fiends are looking to raise completion funds: Just a few thousand dollars will pay to edit and mix the extremely rough cut, add a new period-accurate synthesizer soundtrack, and get this load of lunacy out and back onto tape, where it belongs.

Find out more about Bryan's insane career at the project's Kickstarter page, and unearth more of the mad world of VHS obscurities at www.bleedingskull.com and bleedingskullvideo.com. Meanwhile, here's a quick clip of what the Skull crew is trying to save from the trash pile. 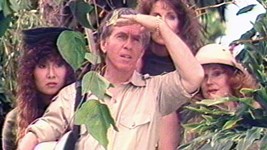