One in a Crowd: Here We Are

Local feature seeks crowdfunding for tale of love among the slackers 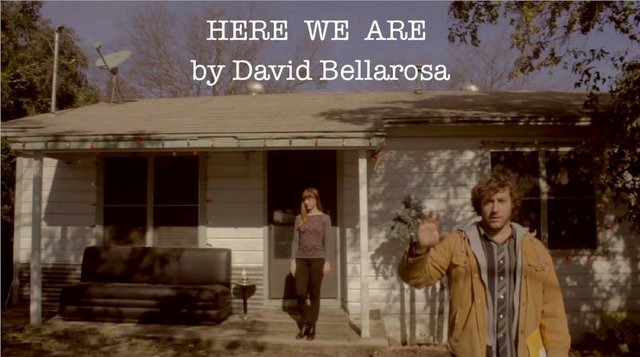 Ah, Austin, the velvet rut. The town's creatives come for their big break, but so many never quite finish that script or get so caught up in debating tacos they forget to make that movie.

That's a phenomenon that David Bellarosa knows a little about, but he's being a lot more proactive. Under his Lonely Giant slate, the NY-to-Austin transplant has produced music videos for many rising local acts, including Frank Smith, Megafauna, and Mike & the Moon Pies. Now he's working on his debut feature, a tale of love, debt, medical testing, the Texas School for the Deaf, and slacking in Austin.

With 28 days to go, the production is a couple of thousand bucks toward its $26,000 target. Much of the cash will go to set-dressing the medical-testing facility that is a core location for much of the action. You can contribute via their Kickstarter page, and follow the production at lonelygiant.com and on Facebook. One in a Crowd, We Are Here, Kickstart Your Weekend, Kickstarter, David Bellarosa, crowdfunding