As the Austin-made Boyhood continues to earn praise and honors on the awards circuit (six Oscar nominations and three Golden Globe wins, among many others – and still counting), the Texas Film Awards has announced that Boyhood will be treated to a homecoming at the gala as the recipient of the Variety Creative Impact in Cinema Award.

Stars Patricia Arquette and Ellar Coltrane, and the film’s writer, director, and producer, Richard Linklater, will be in attendance. Steven Gaydos, the vice president and executive editor of Variety, will present the award. At the official After-Party of the Texas Film Awards, guests will be invited to Boyhood’s official welcome-home bash, celebrating the film’s remarkable achievements. This year, the Texas Party is dedicated to a celebration of the Texas-made hit.

"Boyhood has placed the Texas film community in the international spotlight more than any film in recent memory,” said Austin Film Society Executive Director, Rebecca Campbell, whose organization presents the Texas Film Awards. “An unparalleled artistic and production achievement, the film has demonstrated that Texas filmmakers, cast and crew are world-class. We want our local stars to receive a heroes’ welcome home to Texas, and give the community here an opportunity to celebrate their achievement and success.”

The Texas Film Awards and the Texas Party take place at Austin Studios on March 12, the night before the official start of the SXSW Film Festival. For complete details on the events and ticket info visit www.austinfilm.org/TFA or www.austinfilm.org/texasparty. 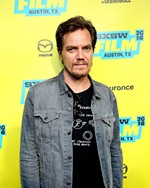