Pre-millenial teen angst, both period and retro, melds with noir 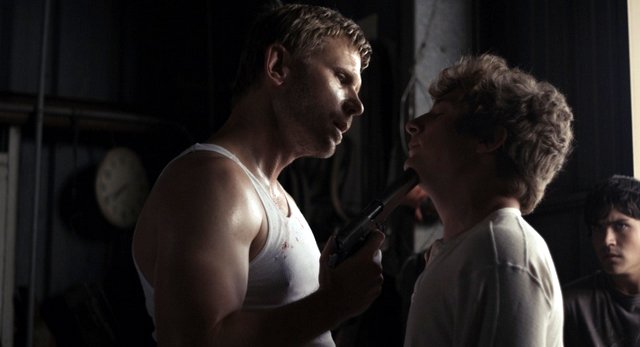 "There are 32 ways to tell a story, but only one plot: Things aren't what they seem." That's how small-town Texas high school graduate Sue sets up the dusty gloom of Bad Turn Worse: By quoting the king of nihilist noir, Jim Thompson.

The teenage years have always been troubled times. But the Eighties and Nineties seemed particularly traumatic. The gleeful anarchy of the Sixties and Seventies had collapsed into despair and mercilessness. It's where the brooding empathy of Goth and the short-view hedonism of acid house took root. That also made it an oddly perfect era for a rebirth of noir in a high school setting. After all, the genre was born in the 1930s, under the shadow of the Great Depression and interlocking wars. Then it returned like gangbusters in the 1950s, as the greatest generation faced the blank realities of home life. Wasn't the shadow of Reaganomics enough to bring that bitter fruit back to harvest?

Set in the 1990s, Bad Turn Worse is a twisting rattler of white lies, violent lies, and subtle deceptions, all told on an arid Texas canvas and a diet of Whataburger. B.J. (Logan Hoffman) lies to his girlfriend Sue (Mackenzie Davis of Halt and Catch Fire) and best friend Bobby (Jeremy Allen White, Shameless' Lip Gallagher) that the big stack of cash he's burning through on a weekend in Corpus Christi is his own. Truth is, he stole it from Giff (Michael Pellegrino), a local businessman with a mean streak, some bad connections, and a warped taste of revenge.

Originally shown as We Gotta Get Out of This Place at Fantastic Fest 2013, Bad Turn Worse is pure teen noir, with kids desperate to get out of dead-end lives. Their exit route isn't a hidden pile of cash, but a college acceptance letter: Anything else means sticking around for a life of waiting tables and living under Giff's thumb. The co-directing Hawkins brothers, Simon and Zeke, nail Thompson's slow-burn malevolence, where the best anyone can hope for is to do bad things for the right reason. Much of that is carried by B.J., a hooded-eye crow of youth, whose best hope in life is to become the next Giff. But it's Pellegrino's Giff that stares straight into the heart of darkness. 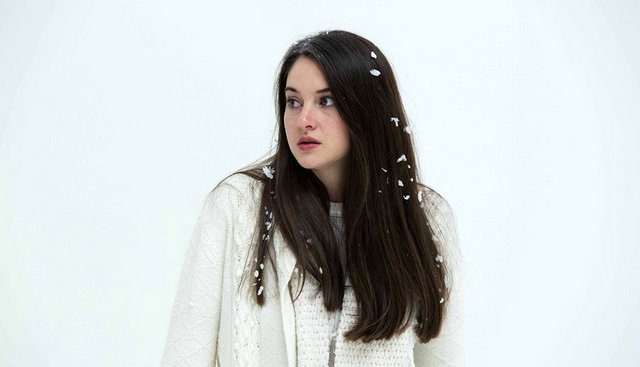 White Bird in a Blizzard is another coming-of-age period piece, but swaps rural Texas for the chilly suburbs. Across the cusp of the Nineties, Kat Connors (Shailene Woodley) and her father (Christopher Meloni) are left reeling and dealing with the repercussions of her mother's disappearance. One day, Eve (Eva Green) just falls off the face of the planet, and Kat is left to emotionally process the fallout of her exit.

This is a throwback, not just in story, but in director Gregg Araki's career. He started making headlines with Totally F***ed Up and The Doom Generation, a two-fisted assault on middle-American sensibilities. He was name-dropped alongside Harmony Korine and Todd Haynes as a gloriously disruptive influence. Unfortunately, White Bird sees his continued transformation into a less interesting Todd Solondz. Part of the problem is that he doesn't really seem to find a tone and stick to it. Woodley and Meloni elevate the material above its soap opera/coming-of-age Lifetime movie of the week instincts, but Shiloh Fernandez as Phil, the cute-but-dim boy next door, looks like a Lost Boys reject. Similarly, Mark Indelicato and Gabourey Sidibe as Kat's best friends seem a little too straight-from-central-casting as the quirky duo following the slightly goth middle class white girl.

But the big problem is Green, who channels her inner Sunset Blvd.-era Gloria Swanson in a ridiculously overblown display of histrionics. It's a different form of noir from Bad Turn Worse, and (as proved by Sin City: A Dame to Kill For) that's her stock-in-trade, and that's fine in something as over-the-top as 300: Rise of an Empire. Yet for something as mystical and intimate as White Bird, she seems woefully miscast: That is, right until the last moment, when all her pieces fit together. Sadly, no one else survives that tonal shift. 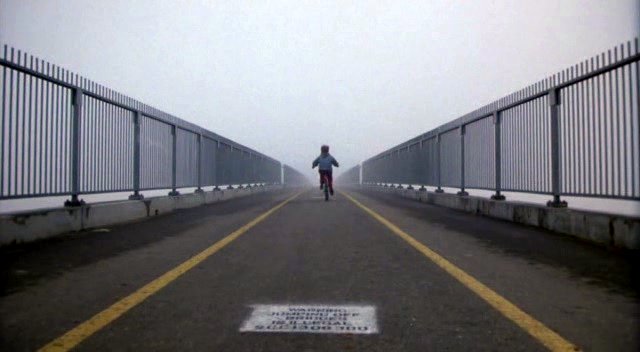 Into the abyss: River's Edge stands as a slow-burn high point in Eighties noir.

Both White Bird and Bad Turn Worse are deliberate throwbacks, but River's Edge is the real deal, the wellspring of Eighties suburban Gothic. It's arguably what Araki spent a decade trying to emulate.

The breakthrough feature for director Tim Hunter, it's little surprise that he went on to helm several episodes of Twin Peaks. They start in almost exactly the same way: a dead girl's body on a fog-shrouded shore. But the big difference is that we don't spend several seasons waiting for a supernatural solution. "She was talking shit" is all the explanation that lumbering, dead-end-kid Samson (Daniel Roebuck) needs to give his California high school buddies as to why he murdered their classmate Jamie (Danyi Deats).

It's easy to forget that this 1986 indie landmark was the breakthrough film for a powerhouse Eighties cast. It's lanky, brooding Matt that made Keanu Reeves famous, not Ted "Theodore" Logan. This was Ione Skye's first performance, before she told John Cusack to Say Anything. Space-case Layne was Crispin Glover's first major role post-Back to the Future. This was also the third stage of Dennis Hopper's 1986 redemption, along with Blue Velvet and The Texas Chainsaw Massacre 2, as the weed-dealing, addlepated Feck.

Yet its dark heart is Joshua John Miller, who next year would add a devastating sense of innocence long lost as the littlest vampire in Near Dark. As wannabe tough kid Tim, he takes the same observer role as Florya in 1985's Come and See, but doesn't care about the monstrous action unfolding. He's an elementary-school Giff, heading tragically for a miserable epiphany. As the friends fall apart and turn on each other, it's Samson and Matt who provide an unexpected moral core, while Layne decays into a twisted version of Spicoli in Fast Times at Ridgemont High.

If there's one failure, it's Jürgen Knieper's score, which makes too many on-the-nose nods to Dimitri Tiomkin's mood-setting for Hitchcock's thrillers. Unlike Bad Turn Worse, which relishes its mystery roots, River's Edge is a subtler take on what Noir Film Foundation founder Eddie Muller calls a genre "where the reader can empathize with characters who are bad, who are doing something that's bad."

Honeymoon (Magnolia) A SXSW 2014 dark gem: Paul (Harry Treadaway) and Bea (Rose Leslie) are a couple on an idyllic honeymoon getaway to her family's log cabin. What should be perfect ends up as tragic as the equally heartrending Seventh Moon, and for similarly uncanny reasons. Leslie is the true star here, character-driven horror's own answer to Anna Kendrick.

At the Earth's Core (Scream Factory) Think Japan has a lock on rubber-suit monster movies, just because of the word kaiju? Peter Cushing brings old-school horror credibility to this 1976 studio-bound exploration, while the American king of British giant monster movies, Doug McClure, dodges Styrofoam boulders and latex claws like a pro in this Day-Glo Edgar Rice Burroughs adaptation.