Say goodbye to 70mm on the biggest movie screen in Texas 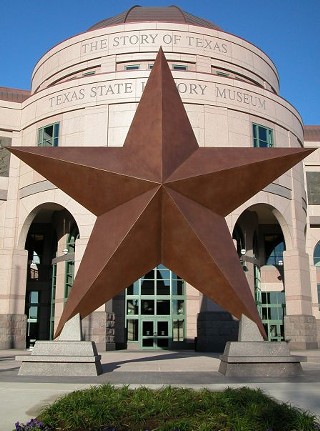 In a move that is becoming more and more common, the Bullock Museum IMAX Theatre announced they will be trading in their 70mm film projectors for digital ones.

The storied theatre will shut down on Jan. 5 to begin the digital conversion: Replacing the projectors, upgrading the audio system, and mounting a new screen in the 400-seat theatre that has been serving Texas audiences since 2001. They have allotted a month for the endeavor, with the re-opening slated for Feb. 6. Overseeing this conversion is Josh Jacobs, recently hired by the museum as the new director of film and theatre. Jacobs' old day job was as the director of the Alamo Drafthouse's Rolling Roadshow, where he traveled across the state (and country) for special screenings and events, and he brings more than a decade's worth of experience to the mix. In a press release, Jacobs' states that “although I am sad to see the 70mm go away, I understand that this shift is driven by the industry, and I am excited for all the programming opportunities that the digital conversion will allow.” Presumably, the switch to digital will open up an expanded list of film, live-stream events, and other diverse content heretofore unavailable to the theatre.

Purists who may see this as the continued death knell to film projection may want to slow their roll (unless you’re Quentin Tarantino). You can still see 70mm projection at the Paramount Theatre and the Alamo Drafthouse Ritz, so film buffs will still be able to get their fix, just not on Texas’ biggest screen anymore. The new projectors will feature subpixel alignment, providing a high-definition image on a new 65-foot screen. Add to that a new, uncompressed digital audio system, and you’ve got yourself a recipe for an immersive, enthralling time at the movies. 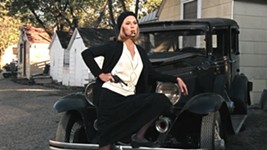