DVDanger: Drawn to the Screen

Some animated selections from beyond the House of Mouse 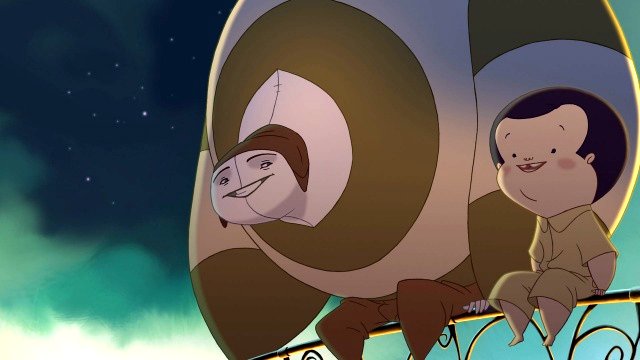 There comes a point in every film fan's life when, screaming, they pull that copy of Frozen out of the player and launch it at the wall because no one needs "Let it Go"-induced PTSD. But don't worry, there's a world of animation out there that doesn't involve Disney at all.

Now let's be clear, I'm no anti-Disney snob (trust me, you have no reason to hear me explain why Brother Bear should have a higher place in the animated canon, and the song "Part of Your World" still makes me weep like I've stubbed my toe on the sharp end of an axe head). But there is a world of animation out there that is seasonal and suitable for family gatherings.

Topping that list this season may be the exquisite and charming Nocturna, a 2007 French-Spanish production that finally washed up on U.S. shores this winter. Why the delay? Were we all asleep? Maybe, because that is the job of the people of the land of Nocturna. The night, as is beautifully depicted, is a complex enterprise to run. Do you think the stars twinkle by accident? Or that fog is a naturally occurring phenomenon? And why do the sounds of the street sound so much like music? Because there is a secret world of nymphs and sprites, mystical creatures that make sure the hours of darkness run smoothly. Of course, it only takes one child, the orphan boy Tim, to upset the smoothly running machine. His guardian star has gone out, and he stays up to find out what's happened. That's when he runs into the Cat Shepard, whose job it is to make sure every cat sings every child to sleep.

Nocturna's realm of the night harks to great children's authors like E. Nesbit and J. M. Barrie, and it builds a charming, lyrical land of strange creatures. Directors Adrià García and Víctor Maldonado construct a full ecosystem of creatures, like the Teamster-style bands of streetlamp nightglows, or the hairstylists tasked with making your hair just the right amount of crazy overnight. There's just enough menace to add a fairy-tale thrill for the youngest, and enough humor and spark to earn this regular seasonal rotation. 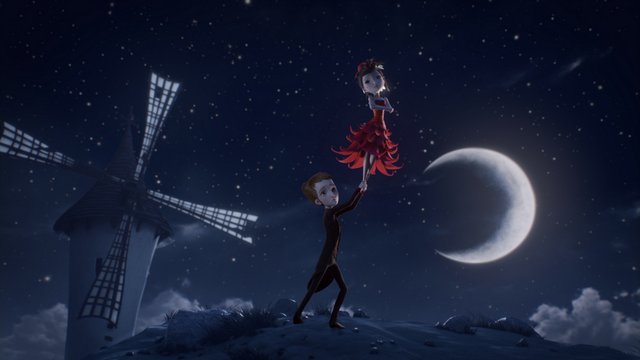 Ready for some tragic romance over the holiday season? Jack and the Cuckoo-Clock Heart is sumptuous, but an emotional kick in the teeth

For kids with a slightly more advanced palate, and definitely those of a Gothic leaning, French steampunk romance Jack and the Cuckoo-Clock Heart may fit the melancholic bill. Again, the protagonist is an orphan, but Jack has greater perils than a missing star. As a newborn, his heart was frozen by the Edinburgh cold, and so mad tinkerer/midwife Docteur Madeleine replaces the icebound organ with a cuckoo clock.

Adapted by Mathias Malzieu, frontman of French art-carnival-rock band Dionysos, from his graphic novel and concept album La Mécanique du Cœur, Jack is a tale of love and loss. Malzieu's work is darkly romantic but ultimately tragic – less so, maybe, than the even bleaker narrative of the album version – and the resolution may feel like a betrayal of the viewer's emotions. But then, when did Gothic narratives ever promise happy endings? As the child grows up, he is under strict instructions never to fall in love because his mechanical heart would burst under the strain. The inevitable romantic brief encounter with street chanteuse Accacia leads to a mad chase across Europe (aided, oddly, by Georges Méliès), and a visual style that fuses steampunk, Tim Burton, and the eerie beauty of Nicoletta Ceccoli. The English translations of the songs for the soundtrack are not so successful (imagine French rapper MC Solaar trying to speed-read Walt Whitman over some Of Monsters and Men outtakes) but the design and the vigor are undeniable.

If you're looking to keep the kids distracted for a good long time, while still ending up with a disc you can revisit regularly, then there are two examples of serialized Americanized anime ready to cue up. Nickelodeon's successor to the massively successful and beloved Avatar: The Last Airbender, The Legend of Korra reaches its third season, while RWBY from local studio Rooster Teeth reaches its sophomore year. Both shows have clear Japanese influences, and both deal with superpowered teens learning to cope with supernatural forces and human conspiracies, but take them in extremely different directions. 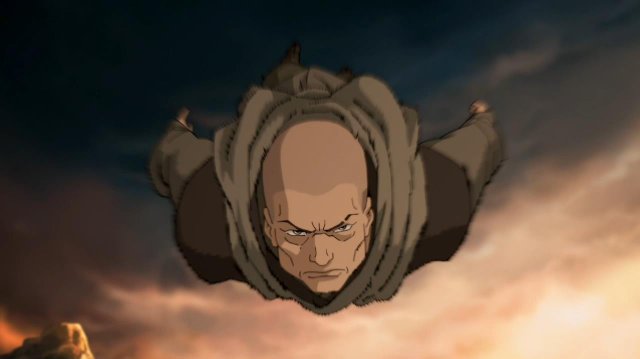 The Legend of Korra finally gets the villain it deserves in merciless idealist Zaheer (Henry Rollins).

Both also have complicated underlying mythos. In the world of the Avatar, there are four nations – Earth, Air, Fire, and Water – and within each nation, there are benders capable of manipulating that element. The Avatar – part Dalai Lama, part Captain Picard – is the only human capable of wielding all four elements. In this generation, it's Korra (voiced by Janet Varney) of the Water tribes.

Legend of Korra is the second iteration of the Avatar mythos: The first, covering the younger Aang, stands as a masterclass in long-form storytelling. The first two seasons of Korra were fine, but by comparison to the clear long-term plotting of the original adventures, they felt disparate, almost thrown together. No surprise, since Season One was intended as a standalone series: However, its lead – petulant Korra – is a suitable replacement for Aang, and immediately found a cult audience. She is too eager to embrace the role of Avatar, a contrast to her predecessor's reluctance to take the mantle. Season Two saw her rewrite the rules of the world, opening the portals to the Miyazaki-tinged Spirit World. Now Season Three focuses on this new world, as the 17-year-old travels and her friends try to strike peace between two realms.

If this season has flaws, it's that her supporting cast slips into the background. The show has occasionally taken on a Buffy-esque "villain of the season" feel, but the villain this time is finally a worthy one: Henry Rollins as Zaheer, one of a new era of airbenders, and a dangerous anarchist set on taking Korra's actions to their chaotic natural conclusion. The underlying narrative – that, to truly become the Avatar, she must accept the consequences of her actions – is powerful and resonant.

RWBY has an equally convoluted mythology. The world of Remnant is powered by Dust, a strange alchemical creation that the residents use to fight back against marauding shadowy monsters called Grimm. Taking clear cues from the vast stockpile of anime about monster-fighting teens, RWBY is a glorious hodge-podge of western fairy tales and mad manga action. The eponymous Ruby (a clear nod to Little Red Riding Hood, but carrying a combination scythe/sniper rifle) is as caught up in high school drama as beast hunting. That would be quickly tiresome, but the team behind the show has already captured lightning in a bottle in Season One, and keeps its sparking here.

Season Two – included here in both its online episodic form and as a three-act movie – is a little goofier than Season One. It starts with the world's most epic food fight, but then builds up the conspiracy implied in the first outing. True, some viewers may find its roughly rendered, highly stylized animation off-putting, but the quick-fire dialogue and raw sense of glee is hard to resist.

These two shows are on undeniably different trajectories in regard to their studios. Nickelodeon decided to pull Season Three of Korra from broadcast midway through, and dumped its remaining episodes and Season Four online – a decision that has baffled its massive fanbase. After that, it seems unlikely we'll see more of the rich potential of the four nations. RWBY, by contrast, has become RT's breakout hit and a merchandising bonanza. With the company's recent acquisition by Fullscreen, it seems the future only gets brighter for Ruby and company.

DVDanger will be back in the New Year.