Ava DuVernay, the acclaimed director of this season’s Selma, has been announced today as one of the keynote speakers at next March’s South by Southwest Film Conference and Festival. Joining her for separate kickoff speeches will be RZA, as well as Mark Duplass, who was previously announced. Ava DuVernay has been in the spotlight lately as the director of the awards-grabbing Selma, a portrait of Dr. Martin Luther King’s historic 1965 march for voting rights. She is the first black woman to be nominated for Best Director by the Golden Globes. A writer, director, producer, and distributor of independent films, DuVernay has also been honored with the 2012 Sundance Film Festival Best Director Award and the John Cassavetes Independent Spirit Award for her second narrative feature Middle of Nowhere. “Ava DuVernay’s career evolution is fascinating. She began directing independent films while running her own successful marketing firm before expanding into distribution and now, she is helming a groundbreaking studio picture. Her passion, fearlessness, and excellence are extraordinary,” comments Head of SXSW Film Janet Pierson. 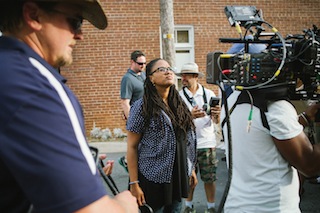 Ava DuVernay on the set of Selma

RZA, the director of The Man With the Iron Fists, is also a multi Grammy-award-winning producer, BAFTA nominated film composer, recording artist, and actor. A seminal hip-hop artist, RZA is a creator/producer of the Wu-Tang Clan, and has creates movie scores for filmmakers such as Ridley Scott, Jim Jarmusch, Michael Mann, and Quentin Tarantino. Says Pierson, “RZA may seem like a somewhat out-of-the-box choice for a Film keynote given his prominence as a musician. What is inspiring is how his love of film has informed his entire career and creativity. We're intrigued by his increasing work as a multi-hyphenated filmmaker, actor and curator.” 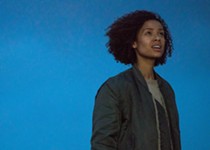 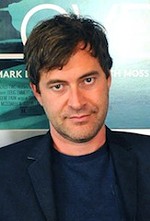