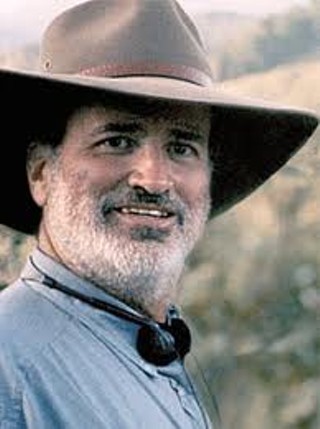 With the year almost over, that means just one thing: The 2015 festival season is almost upon us, and the cavalcade of announcements and premieres means some local filmmakers should be busy booking flights.

Today's latest news is that Terrence Malick's long-gestating film, Knight of Cups, will be in competition at the 65th Berlin International Film Festival (Feb. 5-15). This stars Christian Bale, Natalie Portman, and Cate Blanchett, and is not to be confused with his remaining project in post-production: an untitled tale of love and betrayal in the Austin music scene, featuring Ryan Gosling, Rooney Mara, Michael Fassbender, and Portman and Blanchett again. Check out the newly released trailer below.

More kudos rolled in for "Team Boyhood" over the weekend. The San Francisco Film Critics Circle named Richard Linklater’s drama best film of 2014. Also recognized were Linklater for director, Patricia Arquette for supporting actress, and Sandra Adair for editing. That's in addition to Boyhood last week taking top place in voting by the New York and Los Angeles film critics' groups. Furthermore, there's all those positive vibes coming from Boyhood's multiple nominations for Independent Spirit Awards and Golden Globes. Boyhood principals will sure be racking up the frequent-flyer miles.

Domestic flights only for the upcoming Sundance Film Festival (Jan. 22-Feb. 1) in Park City, Utah, where Beaver Trilogy Part IV is part of the documentary premieres. The original underground cult oddity Beaver Trilogy is a bizarre experimental tale of an Olivia Newton John obsessive from Beaver, Utah, which is then retold in character by Sean Penn and Crispin Glover. This followup was produced by locals Don Swaynos (Pictures of Superheroes) and Kelly Williams (Hellion).

Park City's other film festival, Slamdance (Jan. 23-29), announced the remainder of its 2015 lineup last week, with good news for UT RTF graduate Ryan Mitts. Horror comedy Bloodsucking Bastards, which he co-wrote, gets its world premiere there as the fest's opening film.

Speaking of festivals, the Alamo's distribution arm Drafthouse Films has just acquired a Toronto International Film Festival entry: The Keeping Room, the female-lead Civil War drama about two sisters (Brit Marling and Hailee Steinfeld) and their slave (Muna Otaru) fighting off a renegade Union soldier (Sam Worthington). Directed by Daniel Barber (Harry Brown), it made two important lists already: Julia Hart's script was on the famous Black List of unfilmed movies in 2012, and Indiewire's list of the best undistributed films of 2014 (which will have to be revised since this acquisition.

This weekend, Screen 4 of the Alamo Drafthouse South Lamar survived the cinematic endurance challenge that was Butt-Numb-A-Thon 16 (although it's less clear how much of the audience made it all the way through the 27 hours of booking by aintitcool.com founder Harry Knowles). Alongside archive prints that included Burt Reynolds' Hooper and Esther Williams in The Million Dollar Mermaid, there were early preview screenings of a couple of Oscar contenders (Inherent Vice and The Hobbit: The Battle of the Five Armies). Samuel L. Jackson stopped by for about 10 minutes to introduce the spy romp Kingsman: The Secret Service (the latest from the team behind Kick-Ass) – while Seth Rogen politely answered questions about the Sony Pictures email leaks after a screening of his raucous comedy/diplomatic incident The Interview, which opens on Christmas Day.

Got any Austin film news? Email us at filmflam@austinchronicle.com, and follow us on Twitter @ACScreens for up-to-the-minute news and reviews.