DVDanger: I Am Santa Claus

Director Tommy Avallone finds the men behind the beard 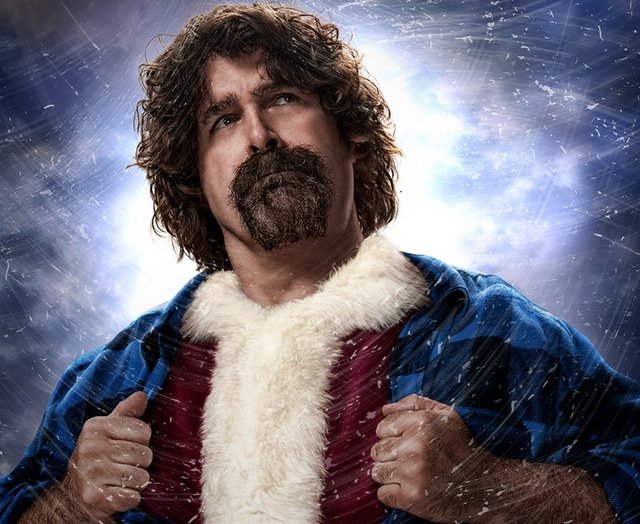 Pro-wrestler Mick Foley may have retired from the arduous rigors of the squared circle, but he's still a very serious man. At least, on one issue. When I interviewed him earlier this year, I mentioned that, like him, I have a beard. His first question: Had I ever thought of being a Santa Claus?

Foley's obsession with Christmas is a matter of public record. "It's a healthy obsession," said Tommy Avallone, director of I Am Santa Claus. The documentary follows the lives of professional Santas: Not the guys who stuff pillows up their jumpers, but the ones for whom being Santa is a year-long commitment. There are gay Santas, unemployed Santas, barbecuing Santas, silver-haired Santas, beard-bleaching Santas, and then there's Foley, who takes the big step of taking his first steps in those big leather boots. Avallone said, "He loves Christmas, and that's the way he got involved in the movie."

Or more accurately, it was another professional wrestler, Foley's fellow Extreme Championship Wrestling alumnus Tommy Dreamer, who made the connection. Avallone said, "ECW was from Philadelphia, I'm from New Jersey, Philadelphia." He's cast a wrestler in every one of his films, all veterans of ECW, and as soon as Dreamer heard about his project, he connected Avallone with Foley. "When I would first meet Mick, we would talk about his love for Christmas, but I could tell he had one foot in the door, not sure if he wanted to make that commitment. But we got him a suit, and he took a class, and once he bleached his beard, we would talk every day on the phone and we would text, and he became like my best friend where we would just talk nonstop about the movie. So much so that he said, 'I think I'm kind of becoming a producer.'"

It was a similar coincidence that saw Morgan Spurlock become its distributor through his Warrior Poets company. Avallone's last film, Miss December played at the Philadelphia Film Festival the same year as Morgan Spurlock's POM Wonderful Presents: The Greatest Movie Ever Sold. They met through a mutual friend, a musician called Toothpick who had provided both men with songs for soundtracks: Avallone explained his idea, and Spurlock told him to go for it. "Three years later, I'm in his office with Mick Foley and a finished movie, and he said, well, this is great. He was able to give us notes and sculpted it to the movie that it is now."

Austin Chronicle: How did you come to be so interested in Santa Clauses?

Tommy Avalone: I'm interested by people. My wife and I were walking in a mall by us, and we saw Santa Claus, and went, I wonder what life that guy goes back to? December 26, what family is he going back to? And I always thought, if I was to ever start doing documentaries, I would do a documentary on that. Whose lap is your child sitting on, and what does Santa Claus do when he's not being Santa?

AC: Every city has Santas, so what was the winnowing process for finding your really serious guys, the ones for whom it's really a part of their identity, rather than just sticking a pillow up their shirts?

TA: I went to this one horror convention in North Jersey, Chiller, and I ran into a guy whose name was Frank, but he legally changed it to Santa Claus. This was right at the time when I was thinking about this project, and I saw him and said, "Hey man, not to be rude or anything, but are you a Santa Claus?" He said yes, and gave me his card. I saw he was on Facebook and once you enter the world of Santa Clauses on Facebook, you kinda know all of them.

We reached out to about 30 Santas. We interviewed them and whittled it down. We really, really enjoyed Russell's story. He was our Detroit Santa. He had gotten divorced, lost his house, lost his job, and was living in his daughter's basement, but being Santa really lifted him out of his depression. We knew there was a gay Santa, so our producer went to, I believed it was Bearfuzz.com, and we found Santa Jim. We found Santa Bob in California, and then we found Mick Foley.

AC: You do give yourself a basic problem that all your characters, by design, look basically the same.

TA: When starting, we knew that was going to be a hurdle. We had to cut this whole story line that we ended up making into a short film. There are feuding Santa organizations: The Amalgamated Order of Real Bearded Santas doesn't get along with the Fraternal Order of Real Bearded Santas. We sat down with a bunch of Santas and interviewed them, and went, no one's going to be able to follow this, they all look alike. You can tell that Jim looks a little different from Russell, and Bob looks different from Frank. It helped that a lot of the Santas are in different locations. OK, Detroit's here, then here's Russell. New York's here, here comes Frank. And the voices are completely different. Jim's got that Texas drawl, Russell's a little more high-pitched, Michigan area. Frank is very New York. but with these guys, there's no time to introduce them or meet them or know them, they're just sitting heads. So we just had to get rid of it, and make it into a short film that's on the DVD, called "The Santa Wars."

AC: Obviously, you talk about Jim being a bear, but there's also a lot of division in the community about the Santa that runs a swingers' club. Were you surprised that sex and Santa became so intertwined?

TA: A little bit. That was something that came up in Santa Claus, Indiana. Ralph Figley, who's since passed away, when he was president, that was something that came up. Not knowing him, I just heard the rumors that there was a swinger Santa. But once you got to know him and the truth behind everything, he was one of the best people I've ever met in my life, really positive. The Santas made him out to be this different kind of guy than he is, and it was really fun to see Russell stay true to what he thought he believed, whereas Frank went out and found the truth inside Figley.

That's one of the things with a documentary. There are certain things that came up in the movie, and I'm very thankful that happened. But you kind of have to be surprised, and that hopefully makes for a good movie, because the audience is surprised. Really I'm the first who ever watched the movie in that sense, because I'm watching their lives happen. I just have to cut it down from a year and a half to 89 minutes.

I Am Santa Claus (Virgil Films/Warrior Poets) is out now on DVD, Blu-ray, digital download and Netflix.