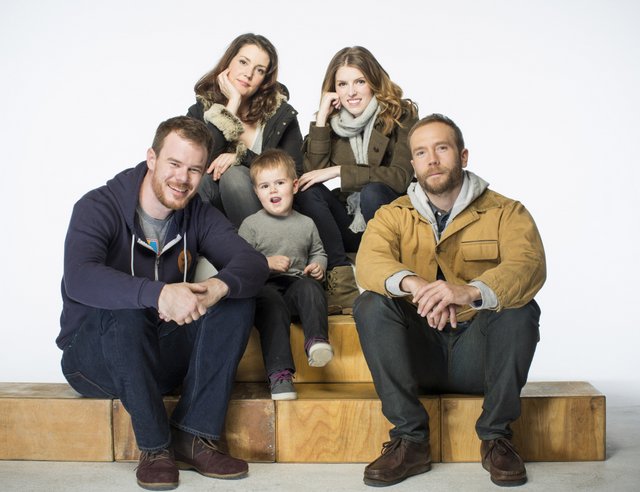 As the holiday season begins, Joe Swanberg might seem to have a lot to be thankful for. But he's always a little wary. "My wife said there's a term for it. Impostor syndrome, that you're waiting to get found out. That's what I feel like in my career, that I'm just waiting for someone to realize that I'm not allowed to do things like this."

In this case, it's the writer/director/actor's newest lo-fi drama, Happy Christmas. However, it's not quite as lo-fi as his early breakthrough work, like Hannah Takes the Stairs and Kissing on the Mouth. Back then, he was calling on friends to fill in his cast. Now he can call on two of the stars of Up in the Air. Swanberg and Melanie Lynskey play Jeff and Kelly, a Chicago couple with a young son. She's put her writing career on hold for his filmmaking career, and then his little sister Jenny (Anna Kendrick) airdrops into their lives. She's rebounding from a bad breakup, and suddenly the couple are dealing with two toddling infants with zero impulse control.

In many ways, it's a ricochet from his last two projects: the bigger budget rom-com Drinking Buddies and the oddball crime drama 24 Exposures. Swanberg said, "It's helpful, as an artist, to always be confusing people. I'll say that a lot of the filmmakers whose work inspires me, several of them got in the trap of remaking their own movies over and over. From an early age and early in my career, I was always afraid of getting known for one thing and doing that one thing until it got stale. There's always been a little nagging feeling in the back of my head I should be trying different things."

Happy Christmas is a return to earlier works like Nights and Weekends. Swanberg started to use the doors that opened for him after Drinking Buddies. He says, "Five years ago, I don't think that I would have predicted that I would be able to work with actors of this caliber, and they would want to come and do a movie like this. It always felt like certain people were able to get away with it. Like Steven Soderbergh is someone I have always admired, that he can call the best actors and get them to do the tiny weird movie. I'm just going to keep experimenting." 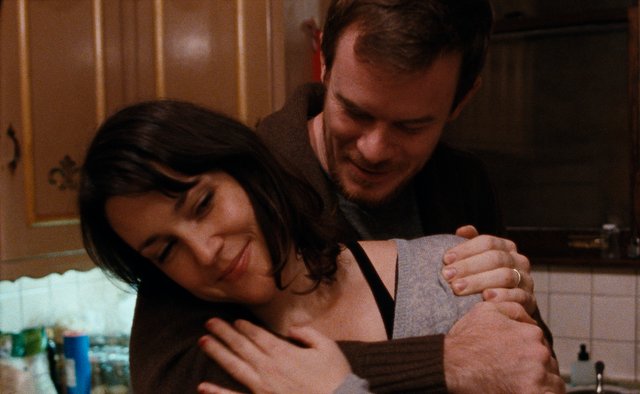 "Five years ago, I don't think that I would have predicted that I would be able to work with actors of this caliber, and they would want to come and do a movie like this." Joe Swanberg talks about casting Melanie Lynskey in Happy Christmas.

Austin Chronicle: So what was the genesis of the project?

Joe Swanberg: My little brother came and lived with my wife and me when our son was little, and I've exagerated that experience for the sake of the movie. He wasn't that bad, but it was interesting to have a family member in the house, and the experience of trying to start our own little family and functioning, in some ways, as a parent for my brother, who is in his mid-20s. Also, it came from a lot of conversations my wife and I had about her career post-child, and how there were a lot of differences between what was expected of her, not only from our son, but in society. We needed to make money, and at the time I was able to make a little more than she was, so it made sense for us as a family for me to work and for her to stay home. It was really a different experience from what she expected, and I hadn't heard many people talking about that, and I think I wanted to make a movie as a chance to have that conversation in public and hopefully get some dialogue started around that.

AC: That rare instance when an independent filmmaker is making more money than anyone else in the family.

JS: That ought to give you a good idea of how much money we were making if I was the one making the majority.

AC: And the story takes the pressure of being around your family, then throws it in the pressure cooker of the holiday season.

JS: The holidays for me are a period of happiness and joy and an incredible amount of stress. We're made to feel like it should be special. In my experience, there's no way to guarantee that you're going to have a worse time than if you make it feel like I'm supposed to be having a great time. It's like when somebody sits you down in front of a TV set and says, you have to watch this movie, you're going to love this movie. I feel like that's a guaranteed way to make sure that the person doesn't like the movie. You have to let people experience things on their own, and I feel like the holidays are that. You're going to have a magical time, right now. It's fun to play the antithesis of that and, to me at least, make a movie that actually feels like spending time with your family.

AC: Your family has changed by you becoming a father, and this is the first time you're really dealt with that head-on in a film. Your films are already heavily improvised, but how was it having your son on set?

JS: It was amazing, but I didn't know what to expect. I wanted Jude in the movie, and just like with almost all the people I work with, the movie's able to change and accommodate what's actually happening. Jude got very comfortable with the other actors and with the crew, and thankfully was in a nice place where he was happy to hang out and interact with people on camera. Early on, I thought, well, if this first day shooting with him is terrible, then I'll probably minimize his presence in the movie. But he was just so much fun, and seemed to be having so much fun himself, he just kept getting added to scenes and popping up in there. He was at a perfect age – he had just turned two, he was so open and curious about the world. It was just such fun to work with him, and now, as a parent, it's thrilling for me to have this little record of him. There's something that's captured in Happy Christmas that I don't get from home movies or still photographs. There's a sense of the real him, and him interacting with people, and that's something you can never quite get in the photo albums.